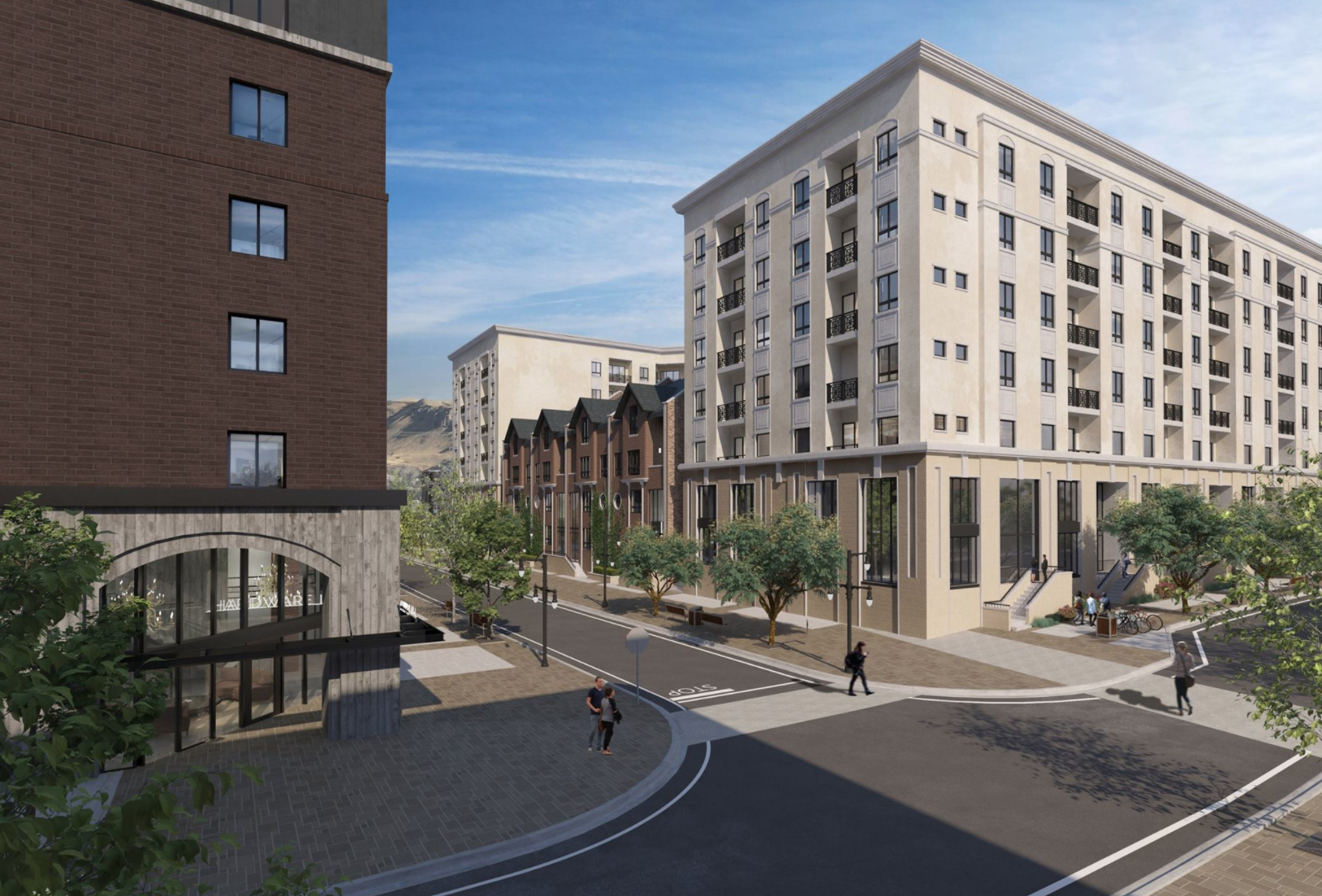 If the construction cranes weren’t indication enough, 2016 was a big year in Salt Lake City development.  The Eccles Theater and 111 Main buildings opened bringing more energy to Main Street with hundreds of new workers and patrons to downtown.  By the year’s end, over 3,800 residential units were under construction in the capital city.

But 2017 could be an even busier year for urban growth.  There are around 3,400 residential units in currently in development and that number should grow as more projects come online throughout the year.

Neighborhoods where most of 2016’s construction activity occurred, will continue to lead growth in 2017.  The majority of projects underway and proposed are in Downtown, Central City, Central Ninth and Sugar House.  The Marmalade/West Capitol Hill and Jordan Meadows neighborhoods will also see a significant uptick in construction this year.

In no particular order here are the five projects to watch this year.  The projects listed were selected based on their size and potential impact to the city.

After delays with the Convention Center Hotel and the overhyped and now-dead, VOID/Air Center Hotel, many residents have been reluctant to get carried away with anticipation for plans for another downtown hotel.  But, the proposed Regent Street Hotel is very much alive.  Now that reconstruction of Regent Street is mostly complete (the hotel site was used as the staging grounds for Regent Street construction), there is reasonable hope that construction could start this year on the Regent Street Hotel.  Developers, Form Development, propose a 20-story mixed-use tower that would include ground floor commercial, a boutique hotel and several floors of condominiums.

Some Sugar House residents may feel like the 2100 South block of Highland Drive has always been under construction.  The most prominent block in Sugar House will indeed continue to be an active construction area.  Utility and groundwork is underway on the Sugarmont Apartments, with building construction expected to start soon.  The eight-story apartment building will occupy the southwest corner of the block, directly east of the Fairmont S-Line station.  The Sugarmont Apartments will add 352 residential units to the Sugar House Central Business District.  Directly east of the Sugarmont Apartments is the proposed site of the Dixon Medical Building, a six-story commercial building.  The developers have received the needed approvals from the planning commission, meaning that construction can start as soon as building permits are issued.

Downtown could see construction on three new towers in 2017.  Boyer’s plans to build the 151 Tower may have stalled after 111 Main started construction (and lured away potential tenants), but expect to see some movement with this project this year.  According to several sources, Boyer is waiting to be 50 percent pre-leased before breaking ground on the proposed 18-story office building on State Street.

The city announced in December the four sites for proposed new homeless resource centers.  The next step will be to determine the programming and target population of each new shelter.   The four sites are at 653 East Simpson Ave in Sugar House, 275 West High Avenue in Ball Park, 131 East 700 South in Central City and 648 West 100 South in downtown Salt Lake.  Of the four sites, the Sugar House location has proven to be the most controversial.

There has been no formal announcement on the site of the design of a new convention center hotel, but whisperings in the city suggest that the selected developer DDRM Cos., a real-estate company headquartered in St. George, Utah, is partnering with real estate firm InterNet Properties, Inc. to build the long-awaited hotel at the site of the former Arrow Press Square building at the intersection of 100 South and West Temple.  In a December 2015 interview with Building Salt Lake, Vasilios Priskos, the owner of the Arrow Press site, stated his intent on having his property be the site of the new hotel. According to Priskos, if the Arrow Press property was selected he would like to build a 480-foot, 39-story hotel to accommodate the 850 to 1,200 hotel rooms and ample convention space required by the county.