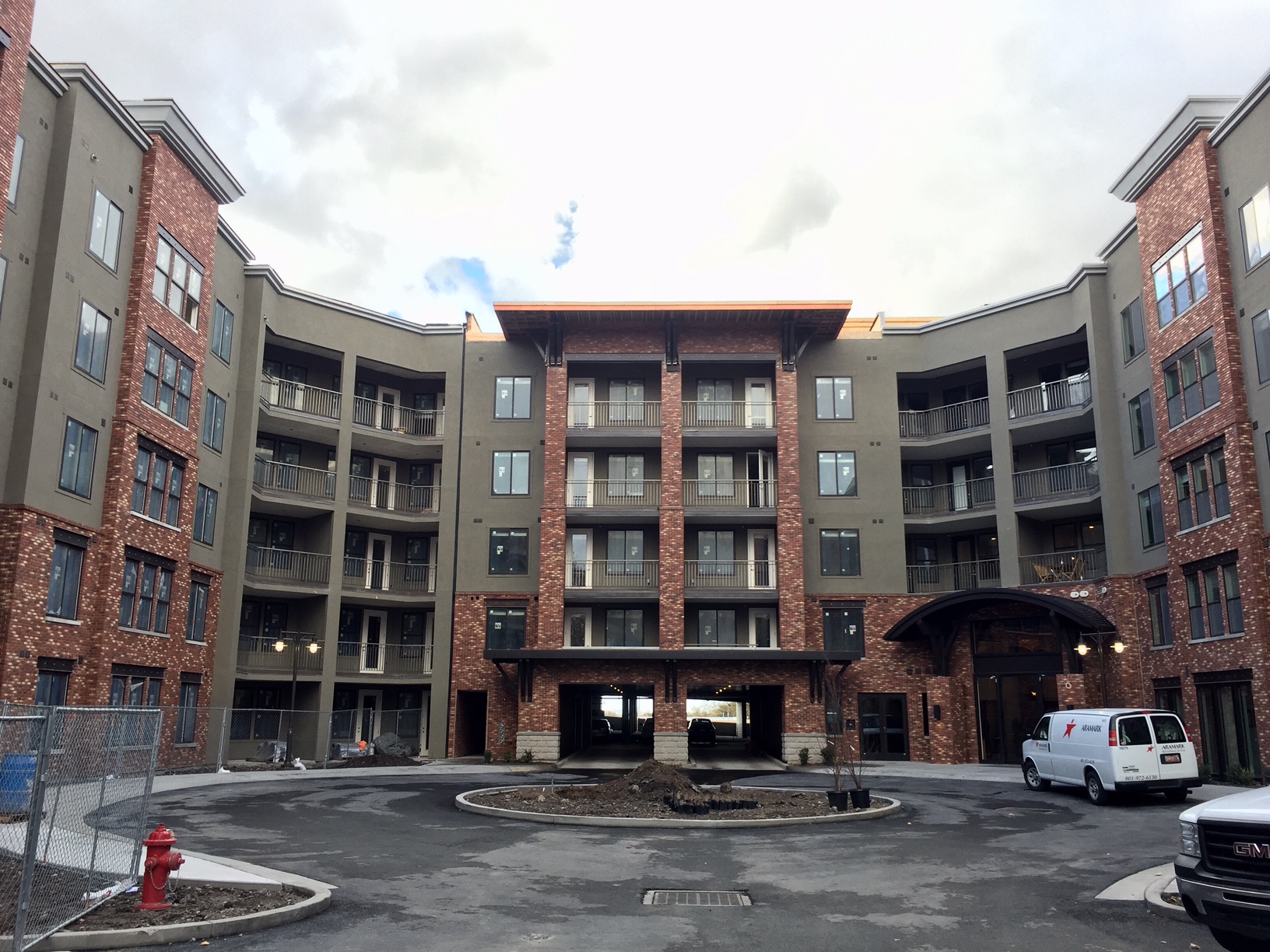 When Thomas Vegh of Salt Development started work on the 4th West Apartments, he figured the mixed-use project would be the California-based company’s sole project in Salt Lake City.  But the opportunity to also develop the adjacent block meant that instead of building just one project, Salt Development would embark on building a small neighborhood just north of downtown Salt Lake.

The 4th West Apartments, on the 200 North block of 400 West, are part of the larger Hardware Village development.  The first phase opened on Tuesday, November 15 with several residents already moved in and leasing actively underway.  The first phase consists of around 200 units in the north wing of the large multifamily development.  Vegh expects the majority of the residential amenities will be open by early December.

“We reclaimed an area that has been ignored,” said Vegh.  “We are able to define a new part of Salt Lake City.”

The Hardware Village development takes up two city blocks directly north of the North Temple Viaduct.  The three residential buildings combined will add over 960 residential units to the area.

The development replaces over 10 acres of former surface parking lots.  The northern block housed a one-story commercial building and horse stables that were closed down in 2013 after the death of Jerry, a carriage horse, after he collapsed from heat exhaustion while pulling a carriage through downtown Salt Lake.  The only original structure that remains on the north block is the “Justice for all” building at the southeast corner of the block.  Like the adjacent Hardware Building to the south, the “Justice for all” building is over 100-years-old.

According to Vegh, the two historic buildings influenced the design of the new construction buildings.   Most of the exterior of the 4th West Apartments is dominated by brick paneling.  Vegh said he wanted the buildings “to look like they have been there for 50 years.”

To break up the scale of the project, the West Village building is designed to look like four separate buildings while the East building will have a more open modern design with more glazing instead of a brick exterior.  Both the East and West buildings will feature east coast-inspired brownstones that will front a small through street that will bisect both buildings.

Vegh sees the Hardware Village development as an urban resort.  External units in the 4th West building have oversized balconies.  The developers also centralized most of the 4th West Apartment’s amenities by locating them on the roof level at the between both wings the building.  The roof deck features a large outdoor pool and jacuzzi that sit between a full-size gym (including showers and changing room) and a large clubhouse with a test kitchen.  The roof deck offers uninterrupted views of the Wasatch Mountains, downtown Salt Lake and the Utah State Capitol.  The 4th West Apartments also has a ground floor lounge area, named after Jerry the horse, that features a full bar area and community dining space.

“Better product is always in demand.  We want to build something we’d be proud of,” said Vegh.

The 4th West Apartments will have a mix of studios and one and two-bedroom units.  Half of the units will have two bedrooms, 30 percent will be one bedroom units and 20 percent will be studio units.  The building will have ground floor commercial space fronting 400 West.  The company hopes to lure a small grocery store like Natural Grocers to the large commercial space near the intersection of 400 West and 300 North.

Unlike the 4th West Apartments, the East and West Village buildings will be entirely residential with walk up units providing the ground floor activation instead of commercial space.

“We want to enhance and not want to take away from the Gateway,” said Vegh.

Because the Hardware Village development is adjacent to ample transit access, the developers collaborated with UTA from the beginning.  The project is next to the North Temple Front Runner Station, the Guadalupe/North Temple TRAX Station and the terminus of four bus routes, including the high-frequency (runs every 15 minutes) 209 bus route.  The developers were able to secure a UTA-owned small parcel directly east of the rail line to use as a dog park in exchange for building bathrooms that will be available for train and bus operators.

The 4th West Apartments will open in three phases.  The second phase will open in February 2017 with the remaining units available to lease by May.  The East and West buildings will open late 2017 or early 2018.  The fourth building, a proposed 10-story midrise tower will start construction after the East and West Village buildings are completed.  Developers originally proposed to have the fourth building be a commercial property, but Vegh acknowledged that his team is now considering converting the use to residential.  Regardless of the use, the fourth tower will include six floors of either commercial or residential space above a four-story podium with a pedestrian plaza at the podium level that will connect to the North Temple Viaduct.

*Click the number below to continue on to the next page to view new renderings of the Hardware Village development.