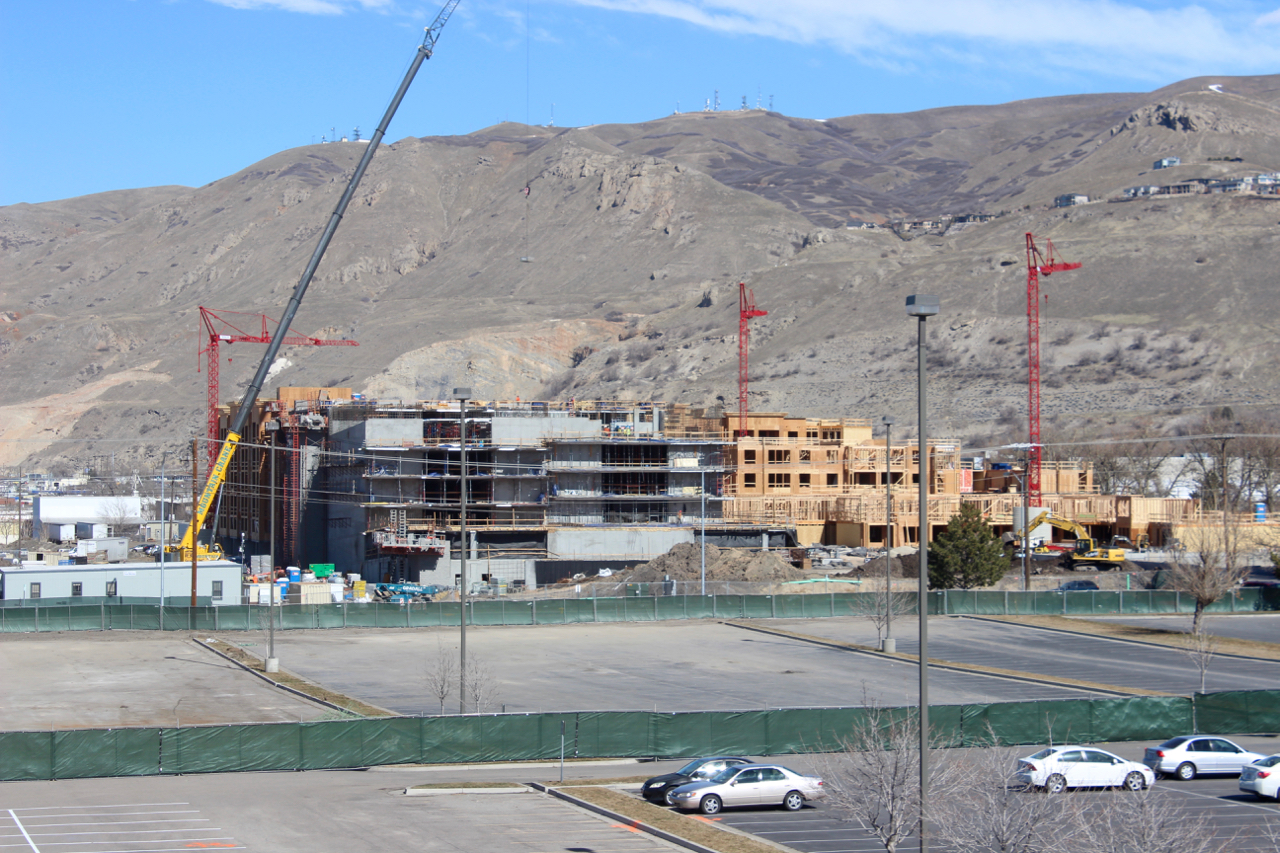 When the 4th West Apartment development was first announced by Building Salt Lake (then SL City News) many people were surprised that a developer would want to build a large project in that section of the West Capitol Hill neighborhood adjacent to a rail line and a high school.  It has been a year since that first article, and the project is now over 50 percent framed out.

The area surrounding the large mixed-use project, at the 200 North block of 400 West, is a mix of light industrial, surface parking, low density residential and many neglected parcels.  But according to Jamie Bisiar, the marketing manager for Greystar Real Estate Partners (the property managers for the project), the project’s proximity to downtown and the adjacent FrontRunner and TRAX stations, made the location ideal.

The 4th West Apartment development consists of 500 residential-units in two mixed-use buildings.   Greystar Real Estate Partners is hoping to attract a grocery store as part of the ground floor retail.

The 4th West project is already proving to be a catalyst in the neighborhood.  Salt Development, the developers of the 4th West Apartments, are planning to build an even larger project, called Hardware Village, a block to the south on the surface lots that surround the Salt Lake Hardware Building.  That project will include two six-story residential buildings and a 10-story office tower.  The developers applied for a building permit for one of the residential buildings on February 29th.

*Construction pictures are on the next two pages.  Click the numbers below to see more.