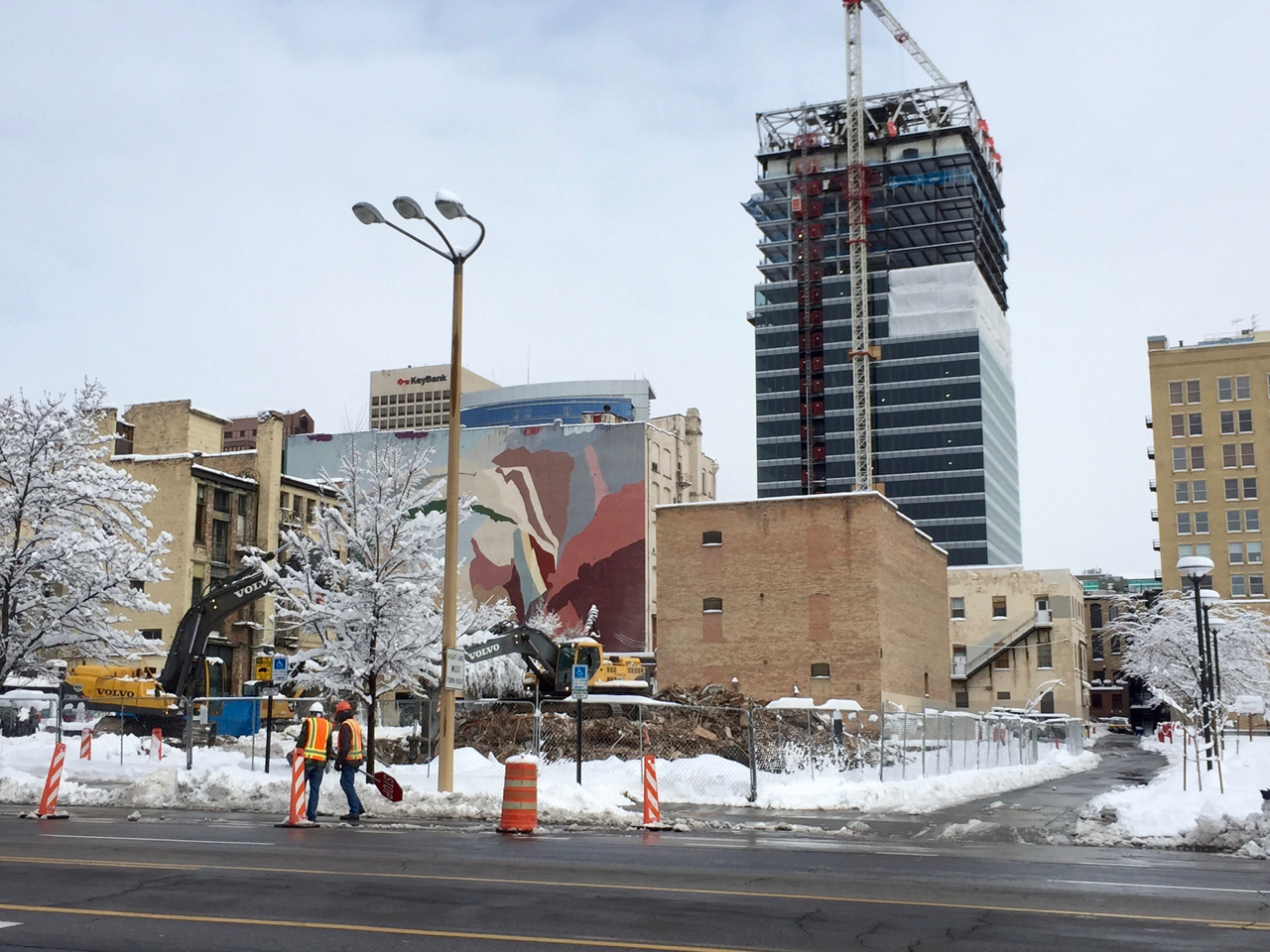 Even though downtown Salt Lake is covered in snow, for historic building preservationists, it may not feel much like Christmas.  After two weeks of demolition, the 107-year-old Arrow Press building, on the 100 South block of West Temple is no more.  Demolition work began December 1st after the building’s owners, real estate firm InterNet Properties, Inc., spent years arguing that that building was unsalvageable and a safety hazard.

“We could never figure how to make the building work,” said  Vasilios Priskos, the founder and principal of InterNet Properties.

The company purchased the vacant Arrow Press building a few years ago.  The building has survived several fires and according to Priskos, has been plagued by vagrants and vandalism, including an incident in November in which a vagrant was arrested trying to start a fire.

Priskos expects to build on the site within the next 18 months, but in the meantime, his company will collaborate with the Downtown Alliance for some tactical urbanism at the site.

Tentative plans, designed by Voda Landscape + Planning, call for converting the site into public space that could potentially include bocce courts, a stage, murals and other public art, a community garden, and temporary retail.

According to Jason Mathis, the executive director of the Downtown Alliance, the site is a good opportunity for urban activation and could include a beer garden and host events like outdoor movie nights.

“It is at the heart of our city.  I think we can do some really cool things in the meantime,” said Mathis.

If the Arrow Press site was selected for the convention center hotel, it could be Salt Lake’s tallest building.  The site is just under two acres and if the site was selected, Priskos proposes a 480-foot, 39-story hotel to accommodate the 850 to 1,200 hotel rooms and ample convention space required by the county.  The site is in the D-1 zoning district and would only require approval from the Planning Commission through the Conditional Building and Site Design Review (CBSDR) process.

If the convention center hotel is built elsewhere, Priskos wants to build a 28 to 29-story full-service hotel instead.

Priskos is eager to build but is waiting to see what happens with the convention center hotel first and acquire financing for a project that will last.  “We seem to build quick and cheap in this city,” he said.