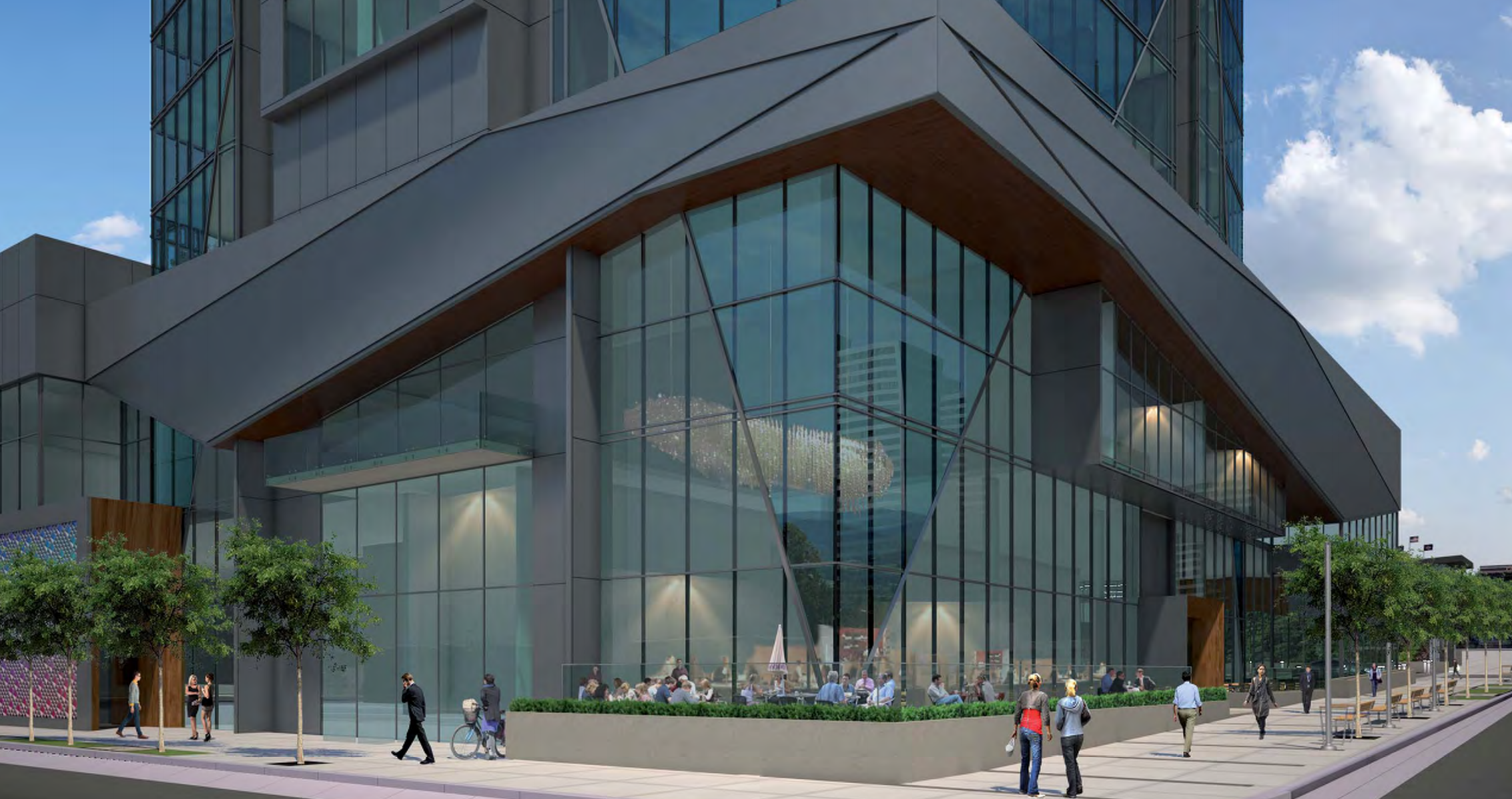 The VOID Corporate Center will join the original plans for the Triad Center and the Newhouse Hotel tower as ambitious downtown projects that would never be.

After multiple renditions, the VOID Corporate Center (formerly referred to as the Air Center) appears to dead.  For Sale signs feature prominently on the vacant lot that was going to be the site of the city’s next tower.

The most recent plans for the VOID Corporate Center, proposed for the northwest corner of the 400 South and West Temple intersection, called for a 22 story, 268-foot mixed-use development.  The building would have served as the corporate headquarters for The VOID, the company owned by the project’s previous developer, Ken Bretschneider.  The VOID would have also included a 247-room hotel, a restaurant, urban lounge, night club, event space, spa and fitness center.

A rooftop pool club and Asian garden were planned for the podium rooftop level (above the third floor).  The hotel will tentatively take up 15 floors of the development, from floors 4-18.  The residential portion will consist of ten units on floors 19 and 20.

When the project was originally proposed in 2013, Bretschneider proposed an eight-story mixed-use building with a nightclub, restaurant and three floors of office space.

A year later, Bretschneider proposed a 400-foot mixed-use development (around 30-stories) called the Air Center for the northwest corner of the intersection.

According to the listing by Coldwell Banker Commercial Associates, the 1.38-acre property is available for $8 million.  The property owners are including all plans and studies.  The most recent design passed the conditional site design review (CSDR) last September allowing for a new buyer to build the project as previously designed.

The VCC would have been the company’s first major real estate development.  Bretschneider and his company, THE VOID, are also planning  a virtual-reality entertainment center in Pleasant Grove Utah.  As with the VCC site, the project has gone through several revisions. The company originally proposed a Victorian era themed park called Evermore that developers promised would rival Disneyland.