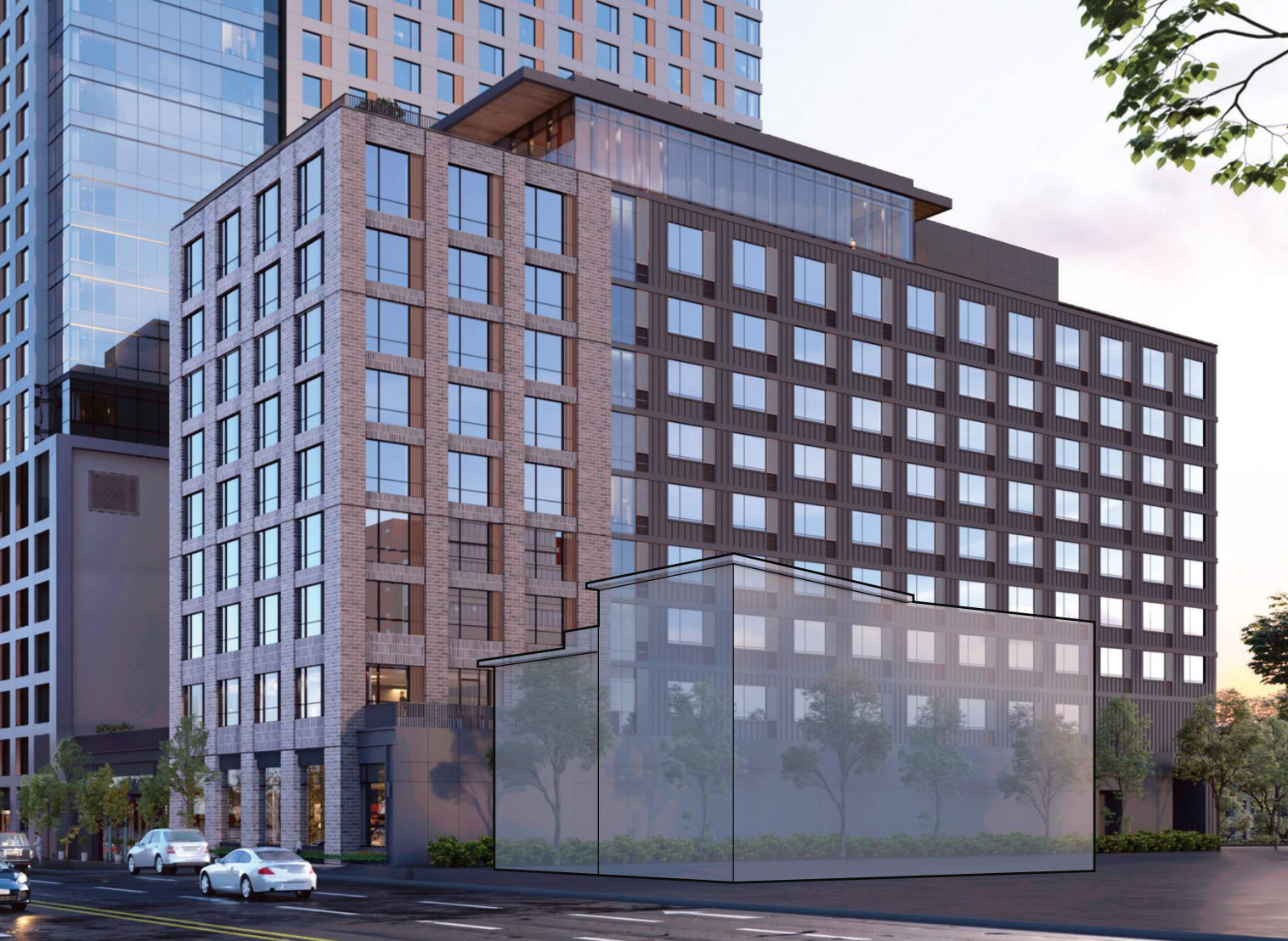 It’s not just residents who will be spending more time on the streets Downtown, a series of hotels are adding space for thousands more people to visit Utah’s capital city.

To put it into perspective, the space being added by five hotels Downtown is roughly equivalent to the number of units added by the five tallest residential towers under construction.

The latest is a 10-story project that’s proposed at 380 S. West Temple, across from the federal courthouse building. The hotel will add 209 rooms, a ground floor restaurant and guest amenity space throughout.

Renderings submitted as part of a design review show a rooftop restaurant and bar, though it’s not clear whether that would be available to the public amid a dearth of rooftop uses Downtown.

The renderings show the hotel branded as Kimpton, which is also the brand of the four-star Kimpton Monaco hotel a few blocks to the north.

The project is part of the pair of developments led by the Domain Companies. The other is a 25-story residential tower immediately south and attached to the hotel. (Various renderings have put that building’s height at 28 stories, but the latest submission shows 25.)

The hotel building, designed by the Chicago-based firm Solomon Cordwell Buenz, uses a brick facade, a contrast to the domination of glass used to wrap buildings in the urban core. It will then transition to dark metal wall panels toward the west and composite metal wall panels.

At its tallest point, the building will be 117 feet. It will be 127 feet wide at the street, with an 18-foot ground floor.

It would have no built-in parking, and instead would share space with the seven levels of parking built into the residential building to the south.

The pair of developments, once built, will represent a significant infill success story for Salt Lake City, adding the permanent vibrancy of full-time residents with the round-the-clock economic driver of a hotel. It’s all built onto a long-vacant lot.

Anyone that’s looked at the Salt Lake skyline has seen the addition of new, flat-topped glass buildings.

One is the 95 State office tower, an achievement by the LDS Church that was recently completed.

The other is the Hyatt Regency attached to the Convention Center, which is nearing completion. Two blocks north of the Domain hotel, the new Hyatt offers 700 additional hotel rooms into the center of Downtown, at 200 S. West Temple.

Another project near the Gateway at 2 S. 400 W., the Union Pacific hotel, will add another 225 luxury rooms on the west end of Downtown. That’s been a years long process that has long been approved but which was delayed by COVID.

The developers, led by the Athens Group and Hatteras Sky, filed for a building permit in January that’s still pending.

Two more projects are both in what’s known as the West Quarter. The first hotel will bring 270 rooms. The second, 161 keys.

That brings the total combined near the heart of Downtown to more than 1,500. That’s the equivalent to the new units added by Astra Tower, the Main Street Apartments and the Domain Apartments, combined.