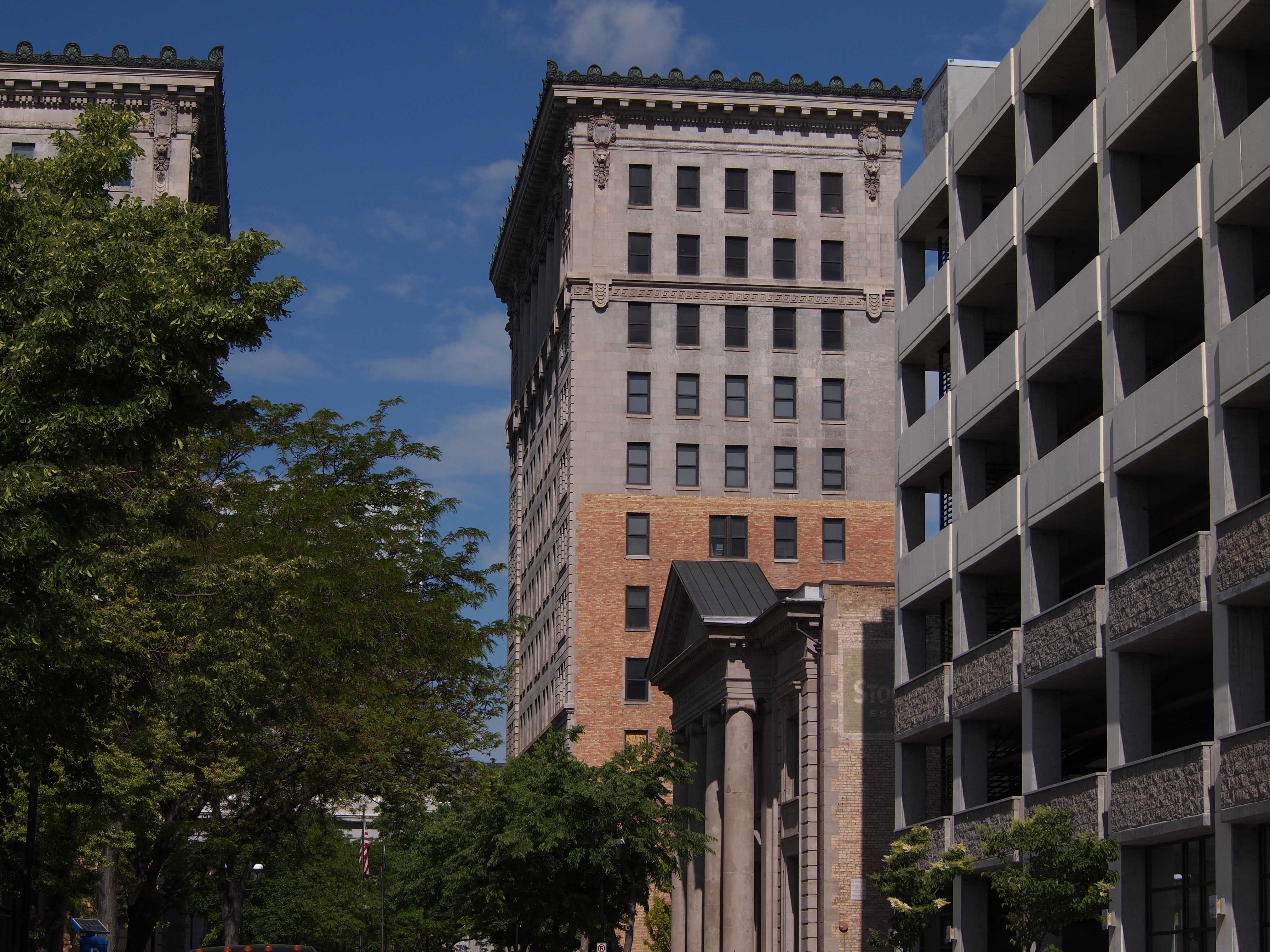 When construction of the 24-story office tower, 111 Main, finishes later this year, Salt Lake will have one of its new tallest skyscrapers.  But, Salt Lake’s skyline would have had another building amongst its tallest had a proposed tower by Samuel Newhouse, the man responsible for the Boston and Newhouse buildings as well as much of the historic Exchange Place district in downtown Salt Lake City, come to fruition over a hundred years ago.

In 1915, Samuel Newhouse and Associates revealed plans for what was to be a 28-story skyscraper. Newhouse estimated the tower to cost nearly $1.5 million (about $35 million today) to construct, and was to be built in close proximity to the former Newhouse Hotel, meaning the tower would have stood somewhere on or near Exchange Place street. Samuel Newhouse himself estimated that construction would have lasted two years and that the building would be elaborately decorated with white stone and terra cotta facing.

At the time, the Salt Lake Tribune quoted Newhouse promising that “there will not be another building between Chicago and the coast which will be superior.” Consequently, excitement about the proposed tower attracted Samuel Untermyer, a millionaire from New York, to express interest in financing the project.

Newhouse, born in Pennsylvania to Jewish immigrant parents, owned and operated several businesses across the United States before moving to Utah, where he purchased mines in the state. In 1908, Newhouse used his wealth to erect Salt Lake’s first skyscrapers, the Boston and Newhouse buildings, and a hotel in his name. He also donated land to make way for the Salt Lake Stock Exchange and Commercial Club buildings, hoping to shift the city center away from Temple Square. Together, this collection of new buildings formed Exchange Place, a Wall Street type commercial district situated between Main and State Streets at 400 south.

Yet, before Newhouse could release more details regarding the project other than a preliminary sketch of the building and proposed building sites, his mines began to lose profit. What’s more, the advent of WWI in 1914 left Newhouse unable to obtain loans to finance this and other costly projects he envisioned. Eventually, he sold off his property and moved to France to live with his sister, leaving behind both a modern downtown district and abandoned plans for what could have been one of the tallest buildings in the west.

After Samuel Newhouse’s departure, Exchange Place has gone through many changes. Today, it’s designated as a historic district on the National Register of Historic Places. A plaza stands between the Boston and Newhouse buildings, and numerous bars and restaurants now occupy the historic buildings. In 1983, Hotel Newhouse was demolished to make way for the large parking lot located across from the Courthouse Trax station.