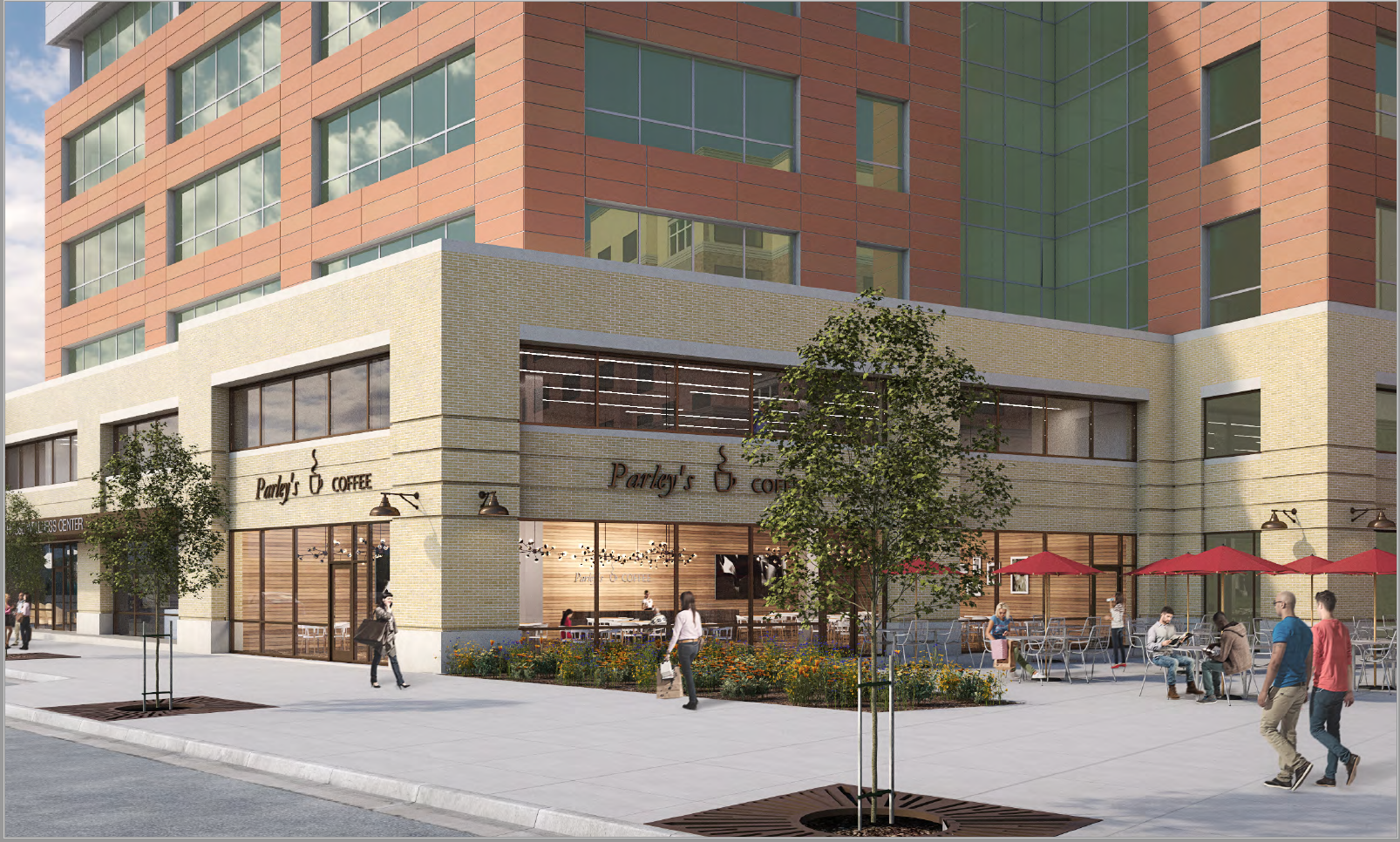 Sometimes a building, or its potential impact, is large enough that it is approved in sections.  That is the case with the Dixon Medical Building in Sugar House.  The Salt Lake City Planning Commission approved the building design in October but required the developers to return with detailed plans of the lower two levels for final approval before building permits could be issued.

During Wednesday’s meeting, the commission approved the final design of the lower two levels which will allow the developers to now move forward with construction.

The Dixon Building, on the 2100 South block of Highland Drive, will be six stories and include ground floor retail, nearly 180,000 square feet of office space and three levels of subterranean parking with 445 parking stalls.  The project will tentatively include an ambulatory clinic and medical offices for the University of Utah Healthcare system.

The project is by Craig Mecham Management and is the developer’s second project on the block, Mecham also development the Vue at Sugar House Crossing directly north of the site of the proposed Dixon Building.

In planning documents, Rick Frerichs of FFKR Architects argued that the project meets the streetscape zoning requirements in the Sugar House Central Business District by increasing transparency and pedestrian engagement with 5o percent glazing (glass as a wall) and architectural detailing at the ground floor level.

Instead of the originally proposed metal paneling, the first two floors will have a brick exterior.  The building is set back  15 feet on floors three to six, to reduce the building’s scale on the street level.  The development will be built up to the sidewalk level on Highland Drive and will add 3,500 square feet of public space, including two plazas on the north and south sides of the building.  The south plaza will front a planned extension of Wilmington Avene and a patient drop-off area and will connect to the building’s main entrance and The Bar in Sugarhouse, which the Dixon Building will wrap around.  The north plaza will front the Vue and Highland and will replace the current side street that connects Highland Drive to the south entrance of the Vue’s parking structure.

The Wilmington Avenue extension will connect Wilmington to McClelland Street to the west and will add pedestrian walkways that will connect the Dixon Building to the adjacent Sugarmont Apartments.  Mecham will also include a pedestrian connection directly west of the Dixon that will connect the current terminus of the S-Line streetcar to Monument Plaza.  Parking for the Sugarmont Apartments, Dixon Building and the Vue’s south parking entrance will be accessed from the Wilmington Avenue extension.

As was the terms of approval of the Sugarmont Apartments, the commission told the developers that a certificate of occupancy won’t be given to the Dixon building until the roadway and walkways are completed.  The city is also requiring both projects to include wayfinding for pedestrians to navigate the block.