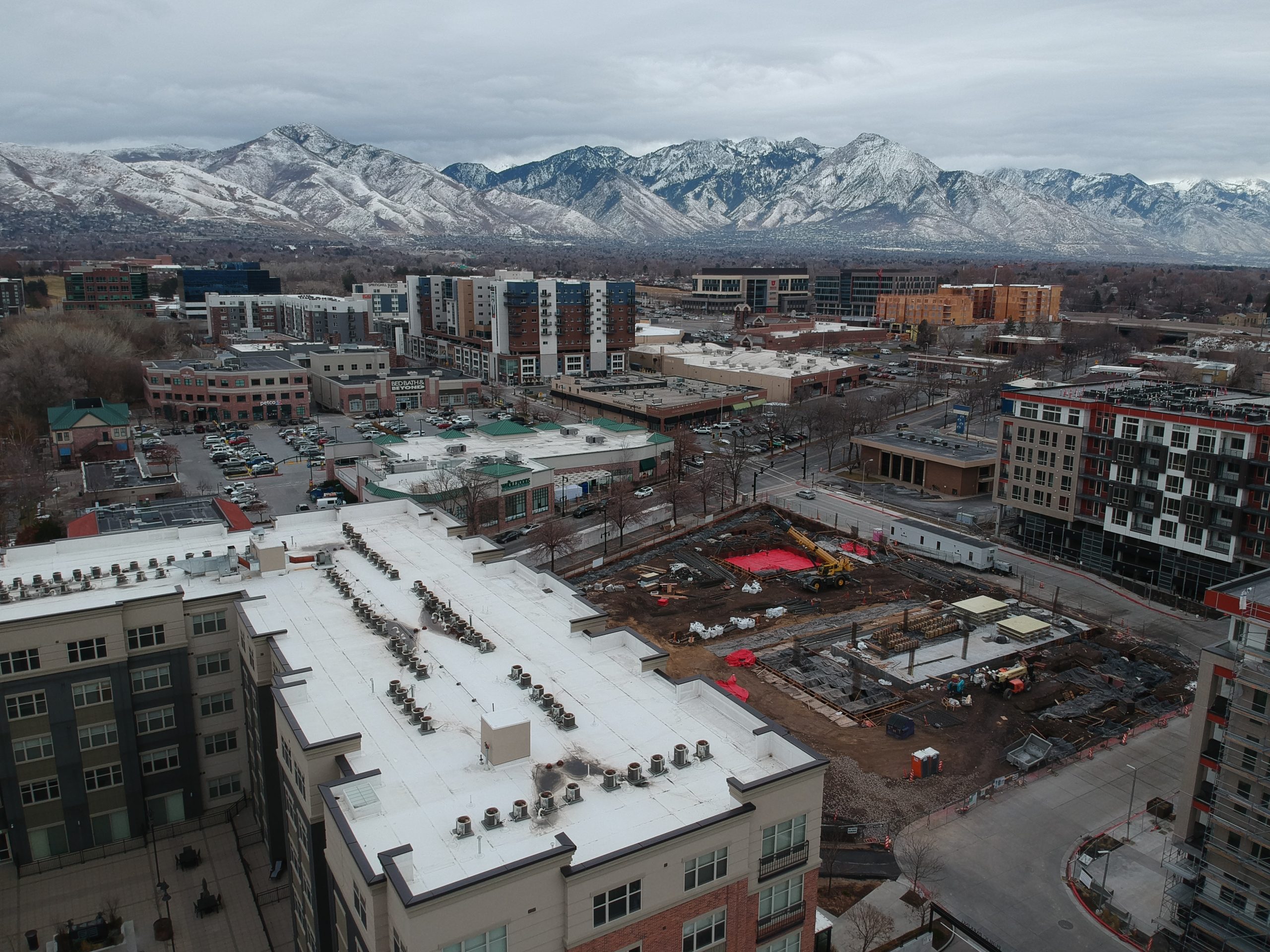 Sugar House is growing up, and a number of projects at all stages of the approval and construction pipeline make it clear that the rapid period of growth in the Sugar House urban core is far from over.

The zone centered roughly between 1900 South and I-80, 700 East to 1300 East has seen the addition of thousands of primarily apartment homes over the past five years.

Additional significant projects that are already being built, have won city approval or are on their way into the approval process promise to continue the rapid growth. In all, the projects promise to add space for more than 2,000 people in 1,426 housing units.

To put that in perspective, an acre of land in Salt Lake City’s smallest single-family zone can fit nine homes. Therefore it would take 158 acres to fit the same number of housing units that are being added by seven new projects on just under 12 acres of land in Sugar House.

Put another way, it would take nearly 16 Salt Lake City blocks — an area roughly the size of the Downtown core — to fit the number of homes that are being added to one block in Sugar House.

Let’s run through what these projects are, where they’re located and what they bring to Salt Lake City’s “second downtown.”

At 2188 S. Highland Dr., Sugar Alley will bring 186 new units with three large new retail spaces. It will offer a major expansion to the retail offerings that will be continuous, starting at 2100 S. McCelland and wrap around to Highland.

This is one of a pair of buildings coming to the corner near Fairmont Park. The first, at 1132 E. Ashton Ave., would be mixed-use and would bring 113 units to the area. It will replace a surface parking lot adjacent to the state-run liquor store.

The builders and city staff split the project from its companion development across the street to the north, but both are moving ahead. The Planning Commission gave Alta Terra South approval in November. The northern building should come before the commission early this year.

Builders have begun preliminary work on this building that will replace the former Snelgrove Ice Cream factory, which was demolished last year. Sugar Town will bring 319 residential units, space for a new liquor store to 850 E. 2100 S.

The building will loom over both 2100 South and Commonwealth Avenue. Its frontage on 2100 South will span much of the block between 800-900 East. Its rear will effectively be a full Salt Lake City block long.

The north building will replace the now-demolished 24 Hour Fitness as Ashton Avenue winds north and merges with 1100 East next to Fairmont Park. This is the second in the pair that could help to activate and vitalize Fairmont.

The city’s Redevelopment Agency officially asked for a rezone of the former Sugar House Fire Station. The RDA is proposing changing the site to match the Core Sugar House Business District 1 (CSHBD1) that surrounds the fire station parcel.

It’s too soon to say what could become of the site (though the other projects in this roundup offer clues). We’ll see if any eventual sale of the property includes a requirement that a private developer include a meaningful amount of low-income or supportive housing.

The projects in the pipeline join those recently completed in the Sugar House core.

After years of delays amid a shroud of uncertainty, the Sugarmont Apartments are leasing. Builders are wrapping up odds and ends on the massive building’s south end, facing Sugarmont Drive. In all, the building brings 341 housing units online.

That and the recently finished Dixon apartments help to frame McClelland Street with 59 units in six stories.