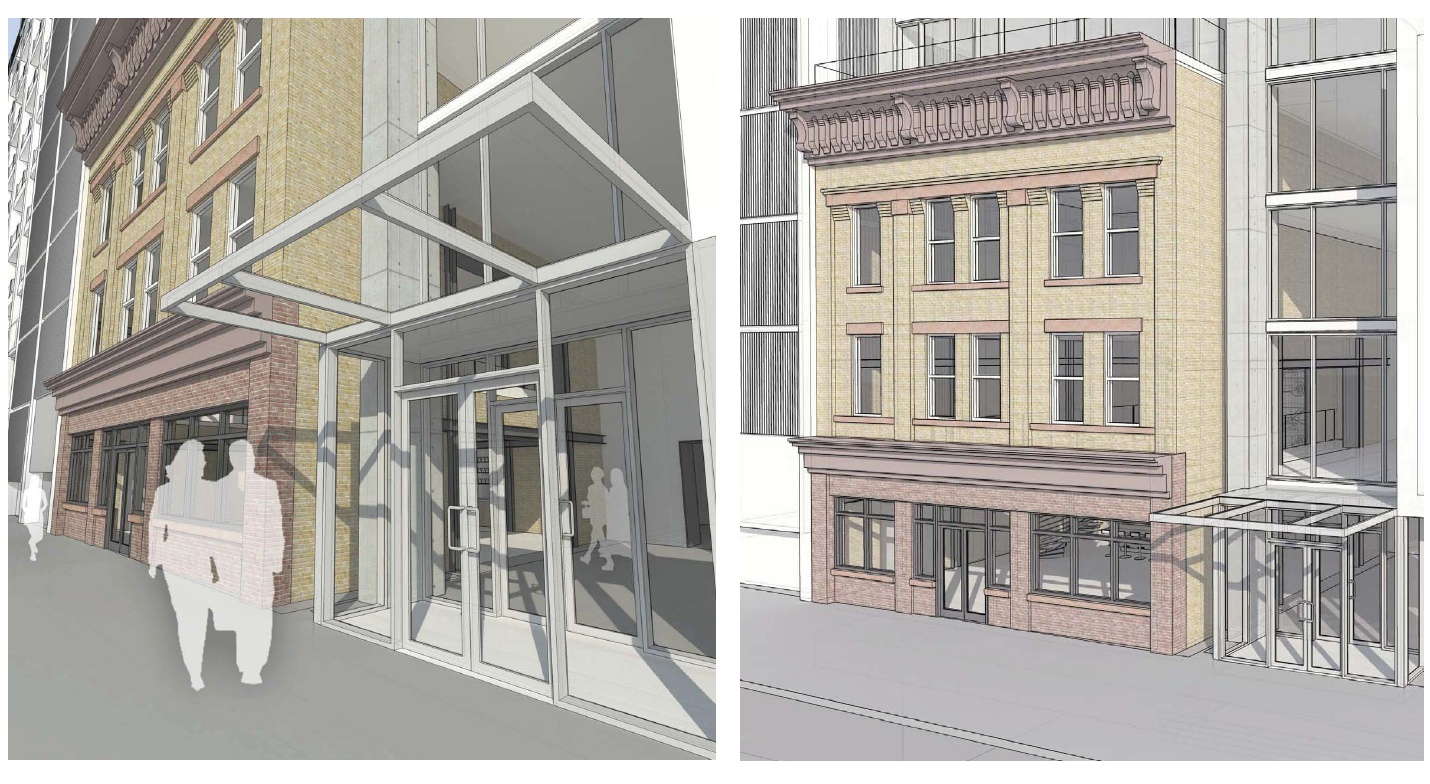 The Felt Electric building, on the 100 South block of Regent Street, has had many lives.  The building has served as a brothel, cigar store, home of the Felt Electric Company and attorney’s offices.  Now the building is poised to be part of a mixed-use boutique hotel development.

The developers of the proposed Regent Street Hotel, Form Development, have negotiated a purchase agreement for the Felt parcel and plan to incorporate the building into their original proposal.

During its April Redevelopment Agency meeting, the Salt Lake City Council, acting as the Board of Directors of the RDA, unanimously approved modifications to the previously approved term sheet with Form Development to allow Form to incorporate the Felt building into its development on Regent Street.

“I’m so excited about this project,” said City Council member, Erin Mendenhall.  “This is a great use; the culture of that alley has gotten lost.”

The three-story Felt building was built circa 1900 and is on the National Register of Historic Places for its social history.  The building was part of the street’s, previously called Commercial Street, history as a red-light district around the turn of the twentieth century.  The Felt building is the only commercial office building still intact on Regent Street.

According to representatives from Form Development, including the Felt Electric building into the project will not significantly change the original proposal for the Regent Street Hotel.  The building’s acquisition minimally increase the footprint and square footage of the original design.

The developers are proposing substantial modifications while promising to preserve the Regent Street façade.  The developers plan to take down the east wall and use those exterior materials and integrate them into the building’s interior finishings.

The tentative design approved by the RDA calls for the hotel lobby, lobby bar and lounge on the ground floor of the Felt building with meeting and ballroom space on the second floor.  The design features contrasting architecture that is intended to create a visual distinction between the Felt building and the larger Regent Street project.

The developers will add a vehicle lift, or car stacker, for residences that will be accessed from Plum Alley.  According to a representative from Form, the cost per stall made the car stacker the most affordable option.

The 22-story development will include ground floor retail and residential units above 12 floors of hotel rooms.  The project replaces the former Eat-a-Burger site at the northeast corner of the intersection at 200 South and Regent Street.   Workers demolished the blighted Eat-a-Burger building last October.

Form Development will work with the Utah Heritage Foundation in maintaining the character and preserving the west façade of the Felt building.

The project’s site is currently the staging grounds for crews working on street enhancements for Regent Street.  The developers expect to start construction next spring, with a two-year construction timeline.