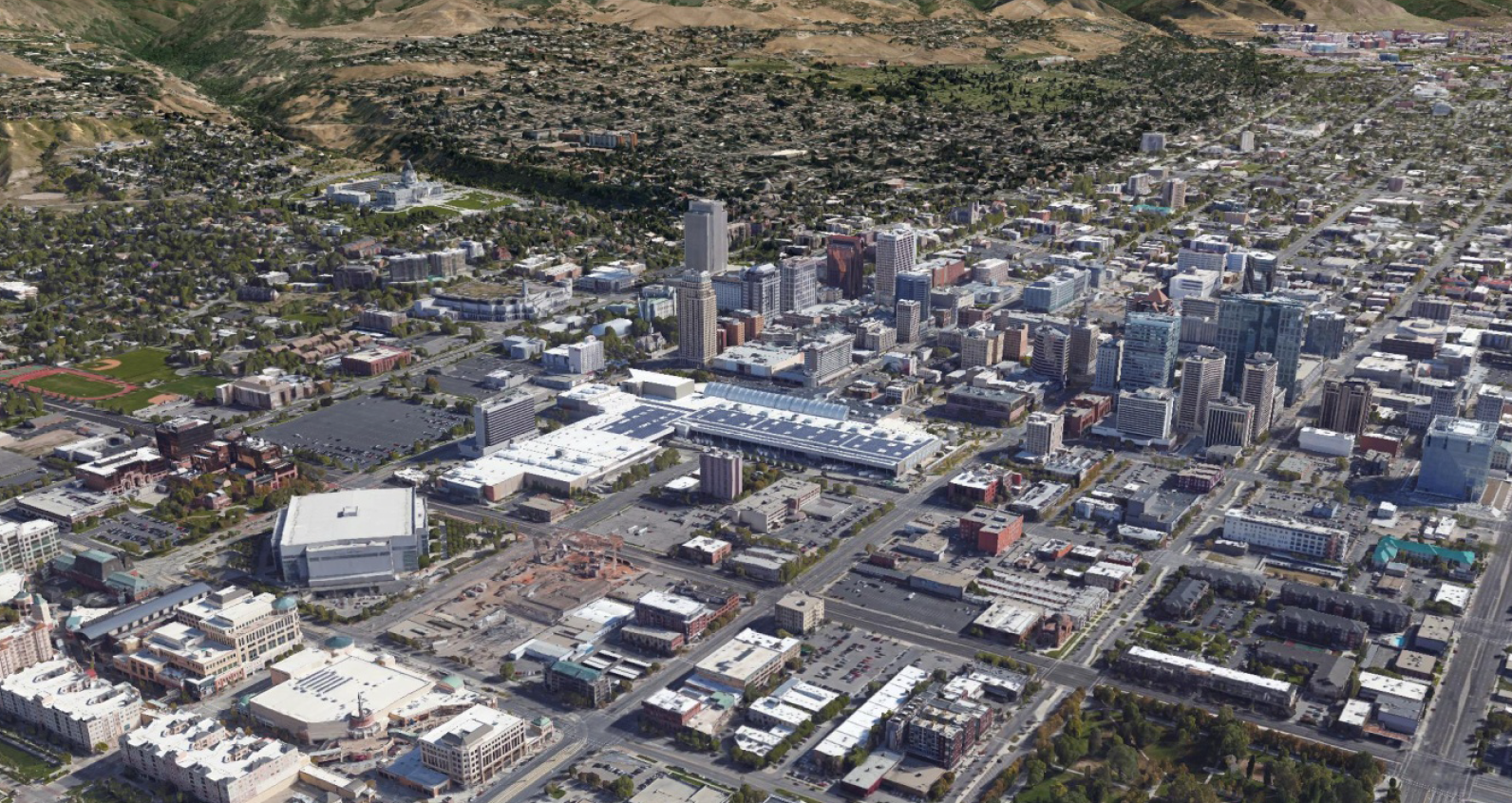 Salt Lake City is closer to getting a new tallest skyscraper.  Salt Lake County officials announced on Monday that the bid committee for the Salt Lake Convention Center hotel has selected DDRM Cos., a real-estate company headquartered in St. George, Utah.

The new developers have not released renderings or finalized project details but the Deseret News reported in December that DDRM was considering 1,200-to 1,600-room development for the northern parcel of the Salt Palace Convention Center.   According to the same article, DDRM was considering a mix of condo units and hotel rooms and a potential hotel partnership with Starwood Hotels.

According to the company’s website, DDRM specializes in mix-used projects and hospitality.  The company has prior experience building hotels with residential units. The company developed the St. Regis Deer Valley hotel in Park City, Utah.  That project consists of 26 residential condo units and 67 condo hotel units.  Starwood Hotels owns the St. Regis.

The bid committee will negotiate the terms with DDRM with the county needing to give final approval of project plans.

Salt Lake County re-released a Request for Proposal (RFP) this fall after walking away from negotiations with Dallas-based, Omni Hotels & Resorts, the only developer to submit an RFP during the first round.

The new hotel is expected to become Salt Lake’s tallest building.  Chicago is currently building the Marriott Marquis, a 1,200-room convention center hotel (the minimum number of rooms that DDMR is considering for Salt Lake).  As with the Salt Lake’s hotel, the Marquis will include convention and meeting space.  The Marquis will also be 51-floors.  If the DDRM project is built above the convention center, the building’s height could equal or surpass the Marquis’ height.

The Hyatt Denver Convention Center Hotel has just over 1,100 rooms and it 37-stories tall, but that project has a large floor area and doesn’t have the space restraints that building on the Salt Palace Convention Center parcels creates.

The convention center is in the D-4 zoning district which consists of the area bounded by South Temple to 200 South and West Temple to 400 West.  Current zoning allows building heights up to 75 feet and a conditional height up to 120 feet (building this tall requires a conditional site design review by the planning commission).

In anticipation of a tall structure, the Salt Lake City Planning Commission forwarded a favorable recommendation to the Salt Lake City Council for a zoning amendment that would allow for taller building heights for the convention center parcels.  Under the new changes, the developers can outright build the hotel above the convention center up to a height of 375 feet (about the height of the 99 West)   Developers can build taller but will need to go through the Conditional Building and Site Design Review (CBSDR) process, which requires approval by the planning commission.

The city council will vote on the zoning amendment later this year.