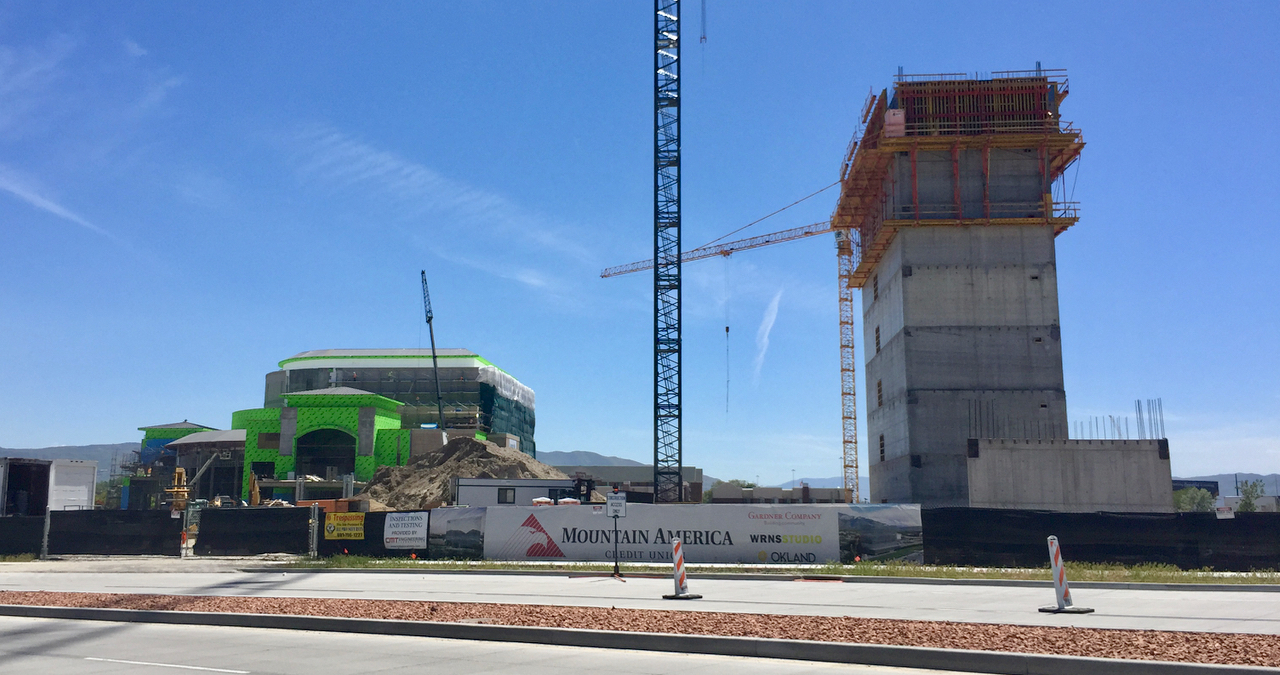 There appears to be a growing divide between where companies are choosing to locate and where younger workers are wanting to live.  According to a new report from real estate firm CBRE’s Salt Lake office, commercial office developers are still preferring the suburbs, while Salt Lake City proper is experiencing record growth in industrial and multifamily residential construction.

As Salt Lake is losing to the suburbs in terms of new commercial office space, the city is dominating the growth in the industrial market.  The CBRE Q3 report notes that of the 5.3 million square feet of industrial office and warehouse space under construction in Salt Lake County, 91 percent or 4.83 million is under construction within Salt Lake City limits, especially on the city’s far west corridor near the airport and California Avenue as part of the Northwest Quadrant project area.  Not only is a record amount of industrial space under construction, but what is currently underway is already 60 percent pre-leased.

“Industrial is the hottest property type in the west right now, and Salt Lake is a prime example of this,” stated Jeff Richards, senior vice president for the CBRE Salt Lake City office, in a statement. “Salt Lake recorded 1.5 million square feet of new leases during the third quarter, experienced positive net absorption of over 400,000 square feet and still construction levels continue to surge. Many may question whether or not the market is being overbuilt, but these heightened construction levels are justified, considering the low vacancy rate of just 3.4 percent and the current level of demand.”

In addition to industrial growth, the capital city is also leading the current wave of multifamily construction.  Salt Lake City accounts for 17 percent of the county’s population but nearly half of the multifamily units under construction countywide are in the city proper.

In each of these proposed commercial office developments, the developers cited the growing downtown residential population, dining and nightlife as to why they’ve selected to build downtown.  As downtown’s residential population grows, more companies may opt for downtown offices over suburban office parks. If all three projects were under construction this year, downtown would be leading in new commercial office space underway.