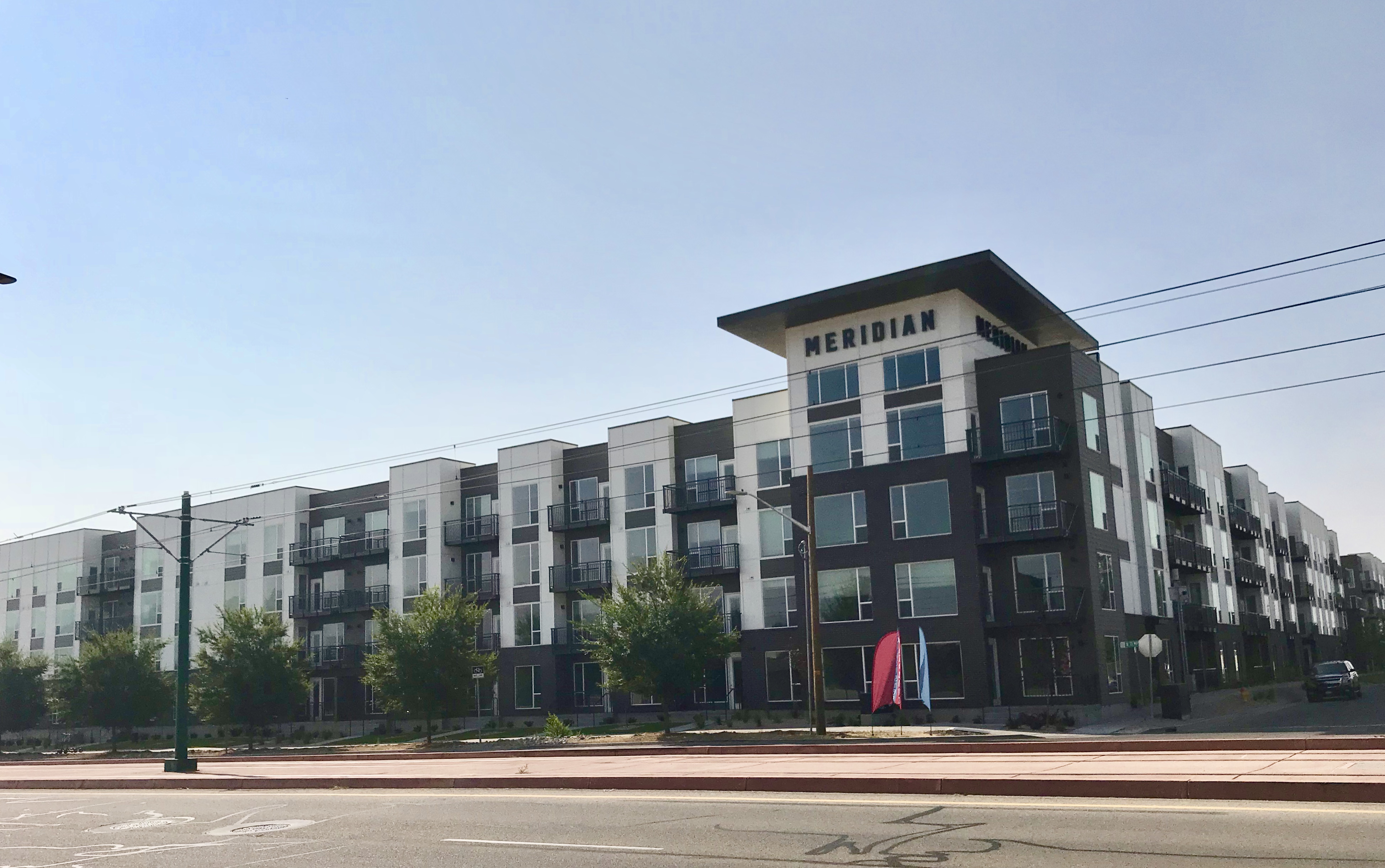 The bustling neighborhood is still growing, construction has started on the 28-unit Lotus Townhomes, directly north of the 1940 West North Temple TRAX Station.  In addition, 247 more units are planned for Phase Three of the West Station apartment development northeast of Sutherlands Lumber, which would bring the number of new units in the area to 856.  Before the current group of projects, the last multifamily development to join the neighborhood was the 145-units, first phase of the West Station Apartments that opened in 2015.  Prior to the West Station phase one, the last major multi-family construction in the area was the Sky Harbor Apartments, a 540-unit project that was completed in 1983.

The North Temple Flats is almost complete.  The 168-unit, project replaced a small mobile home community and the Sleep Cheap Motel with a unit mix of 70 market rate and 98 income-restricted apartments.  The four-story complex is just east of I-215 and south of North Temple at the far west end of the new residential node emerging around the 1940 West North Temple TRAX.  Station and the intersection of Redwood Road and North Temple.  The project also includes 157 surface parking stalls that sit between the complex and the I-215 berm.

A block north of North Temple and just west of Redwood Road is the 293-unit District North Apartments.  The project is the second of three phases of the West Station Apartments development. The just completed Phase Two of the project is called the District North Apartments.  Although the second phase just finished, the developers are moving forward with the third phase.  As currently proposed,  the third phase is expected to contain 247 additional units and include some ground floor retail and tenant related amenities.   The first two phases have no ground floor activation.  The buildings wrap around a surface parking lot.   The total project will have 540 residential units upon completion of Phase Three.  The new phase would sit just north of the Apollo Burger at 148 N. Redwood Road and would replace a vacant lot.  The project will need Planning Commission approval due to the low score it received in the Transit Station Area review process.

Joining the area’s housing boom is the Lotus Townhome project.  The rental development is under construction and sits directly north of the 1940 W North Temple TRAX station, the project will consist of three, three-story buildings with a total of 28 rental townhouse units.  The other housing in the immediate area consists of large apartment complexes including the Freedom Landing Apartments for veterans and the Sky Harbor apartments to the east.