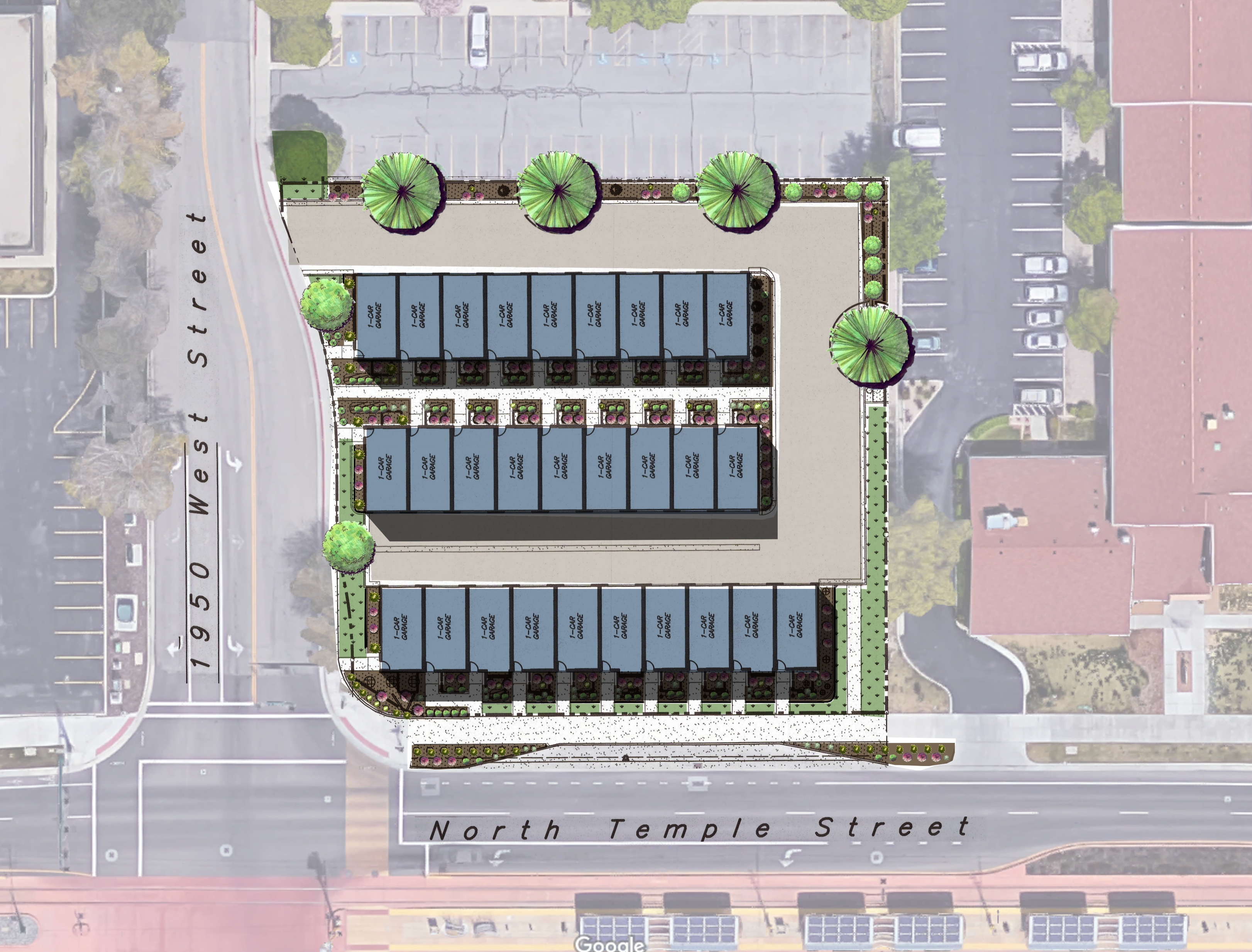 For decades the North Temple corridor directly east of Interstate 215 was dominated by offices for the state of Utah State and several low-cost motels.  But since the 1940 W North Temple TRAX Station opened in 2013, a growing residential node has developed in the area and continues to grow.  Construction is underway on the Lotus Townhomes, a 28-unit townhome development directly north of the TRAX station on North Temple.

The project is by the same developer and architect, Lotus Equities and Tuttle and Associates, of the Prana Townhomes and Blue Koi Apartments.  Those previous projects, in the Central Ninth and Sugar House Neighborhoods respectively, both consist of 21 rental units. The Lotus Townhomes will slightly larger with 28 units but like the other two projects, the townhomes will be rentals.

The Lotus Townhomes will consist of three, three-story buildings.  The largest of the buildings have 10 units and will front North Temple.  The other two buildings will front shared landscaped walkway and will have nine units each.  Each building’s end unit will front 1950 West street.

Each townhome unit will consist of a groundfloor garage below two floors of living space.  The garages will be accessed via a small private street that will wrap around the two nine-unit buildings.

A landscaped buffer will separate the project from the adjacent Sky Harbor Apartments to the east, a surface parking lot to the north and the public street to the west.

Because the project is adjacent to a TRAX station, the developers were required to go through the Transit Station Area (TSA) Development Review process.  Under the revised TSA guidelines, projects must score at least 125 points or they will need approval from the Salt Lake City Planning Commission.  The Lotus project received a Development Review Score of 116, but the developers went through the TSA review process in 2016 before the process was revised to encourage better development along transit corridors.

Now that the Lotus Townhomes are underway, there are four projects with a combined 609 units that are either actively under construction or recently-completed within two blocks of the 1940 W TRAX Station.  Another 247 units are planned for the area as part of the West Station Apartments’ third phase.  The developers of the West Station project are currently going through the TSA review process.