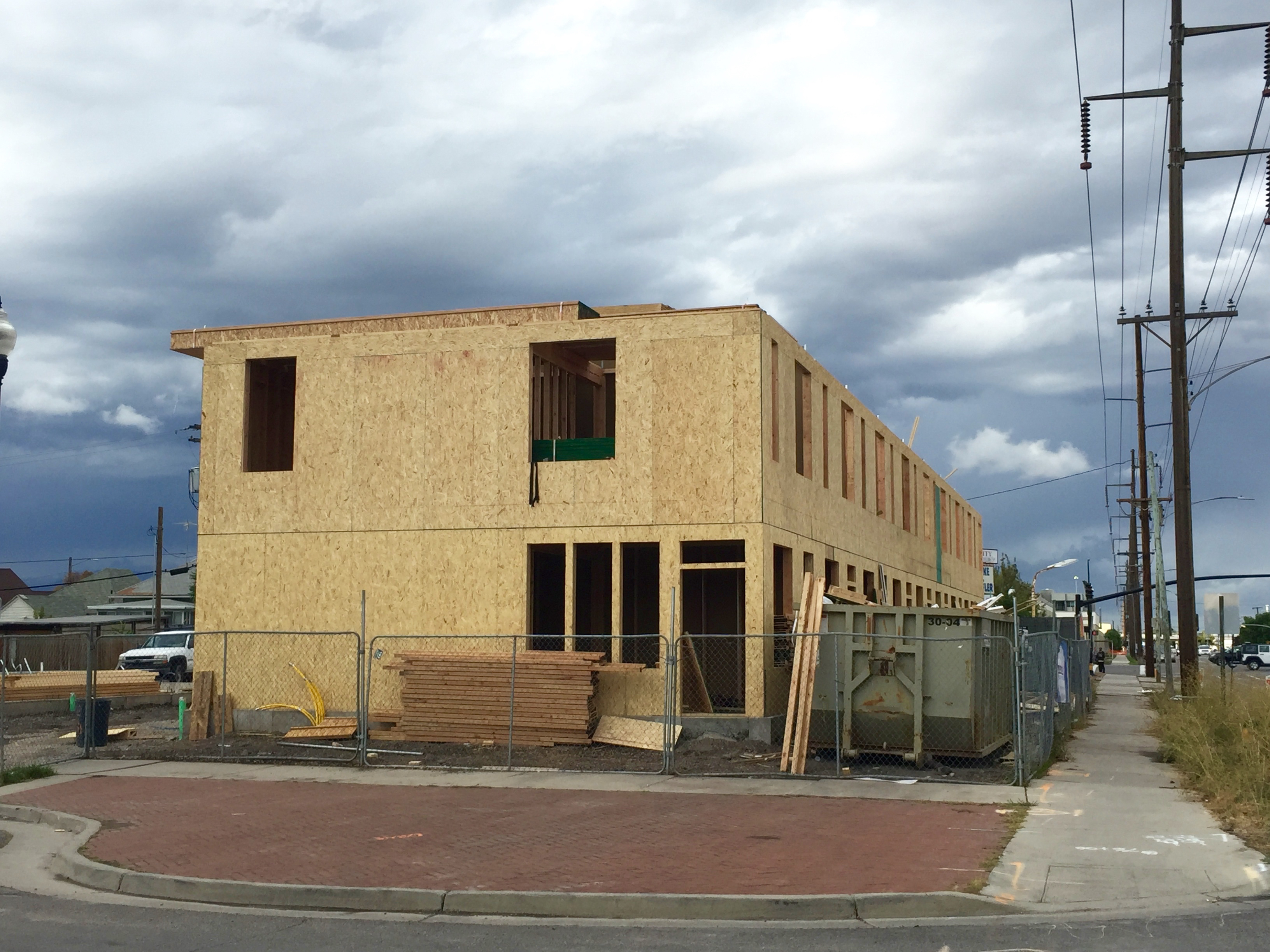 Lotus Equities is the developer of the Lotus Apartments on the 300 East block of South Temple, another collaboration with Tuttle and Associates.

Tuttle and Associates has designed several recent residential projects in the City including: the 360 Apartments just west of Pioneer Park, the Seasons at Library Square at the intersection of 300 East and 500 South and the Newhouse Apartments at the 500 East block of 500 South.

It is difficult to surmise how the Prana townhomes will look when completed since the architect’s past projects vary in design.

The developer would not confirm if the project will be owner-occupied units or rentals.  The Blue Koi Apartments (although designed as more townhome than apartment) are rentals.

The site was previously the location of Moench Printing & Mailing, before the Moench family sold the parcel to Lotus Equities.  The developer previously planned to build a 52-unit apartment project called Box Lofts at the site.  The apartment project was planned to be four stories built over a parking structure with 27 parking stalls.  That project’s application to City planners was voided earlier this year.

Most of the recently completed and planned developments in Central Ninth have been large multi-family projects.  The Prana Townhome project reflects what planners call the missing middle, the smaller-scale residential projects that bridge the gap between detached single-family homes and large multi-family developments.

According to the 2010 Census, downtown Salt Lake City (including the Granary and Central Ninth neighborhoods) has an average housing density of three residential units per acre.  In comparison, downtowns in Denver and Portland average eight and 14 units per acre respectively.

Twenty-one townhomes on a 0.45 acre site, will bring needed density to the Central Ninth neighborhood. With three bedrooms in each unit, the project could attract more families to the neighborhood.  Central Ninth falls within the Downtown Community Plan area.  One component of that plan is to increase the downtown residential population to 20,000 by 2040.  The plan also calls for more choice in housing types, including townhomes and duplexes, that still add density, yet make downtown living more accessible to couples with children.