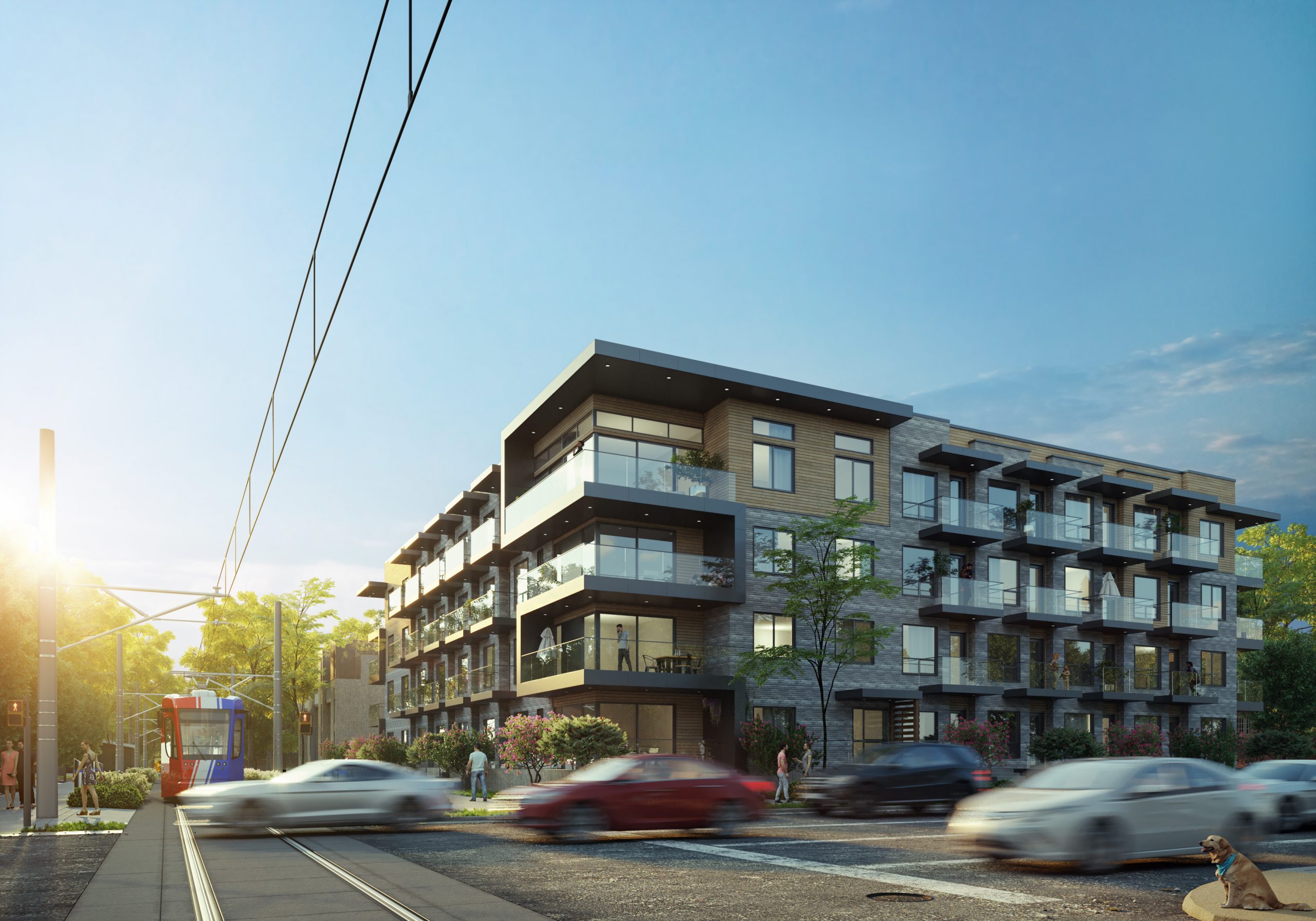 A developer has submitted for a demolition permit for a pair of vintage stores, art gallery and studio, which would be replaced by a new apartment building in Sugar House.

The Lotus Zeppelin apartments would be built at the site currently home to the Copperhive Vintage and Haight & Ashbury Home clothing and furniture stores near 700 E. Simpson Ave. The buildings set for demolition also include the Kings Cottage Gallery and an art school, though it’s not clear whether those are still in business.

Employees at Haight & Ashbury were unaware of plans for the building to be replaced by 72 new apartment homes that will overlook 700 East and the S-Line. Coppervine was closed during business hours on Saturday, and the gallery was locked with no posted hours.

A representative for Lotus said work on the development has been ongoing for more than a year. It involved working to remove a billboard from the site (which is not an easy thing to accomplish in Utah), and the owners have been aware of the impending change throughout the process.

“These units are designed around the concept of high-efficient, minimal living while providing the common amenity spaces to accommodate working from home, community gathering and other included amenities,” a representative told Building Salt Lake last week.

A rendering shared by the company shows cars streaming past the development on one half of 700 East, which is a state-owned and managed highway. A lone golden retriever sits off leash on a pedestrian island between eight lanes of high-speed car traffic.

The company filed for the demolition permits on Jan. 19.

Buildings in FB-SE zones may be up to four stories tall and must follow development regulations based on building type. The zone intends to transition from low-scale neighborhoods to higher density uses.

The zone restricts buildings to no more than 45 feet.

Despite its location on a state highway, Lotus Zeppelin — from studios to three-bedroom units — would offer housing in a very walkable and bikeable neighborhood. Parleys Trail runs adjacent to the S-Line of TRAX, providing three direct links into Sugar House and other parts of the valley.

“This project offers micro units that include all the features available in a 1 bedroom living space,” the Lotus representative wrote in an email. “These micro units have a special emphasis on built ins, large windows and doors that provide ample light and make small living feel greater as well as kitchens that use 2/3rd sized appliances including a dishwasher, range, oven, and microwave.”

The Lotus Company has been active in increasing its residential presence in the city. Their Downtown projects include Lotus South Temple and currently under construction, Lotus Republic on 300 East. They are also responsible for the Blue Koi homes at 1700 South 900 East.

EDITOR’S NOTE: This post has been updated with further information from Lotus.