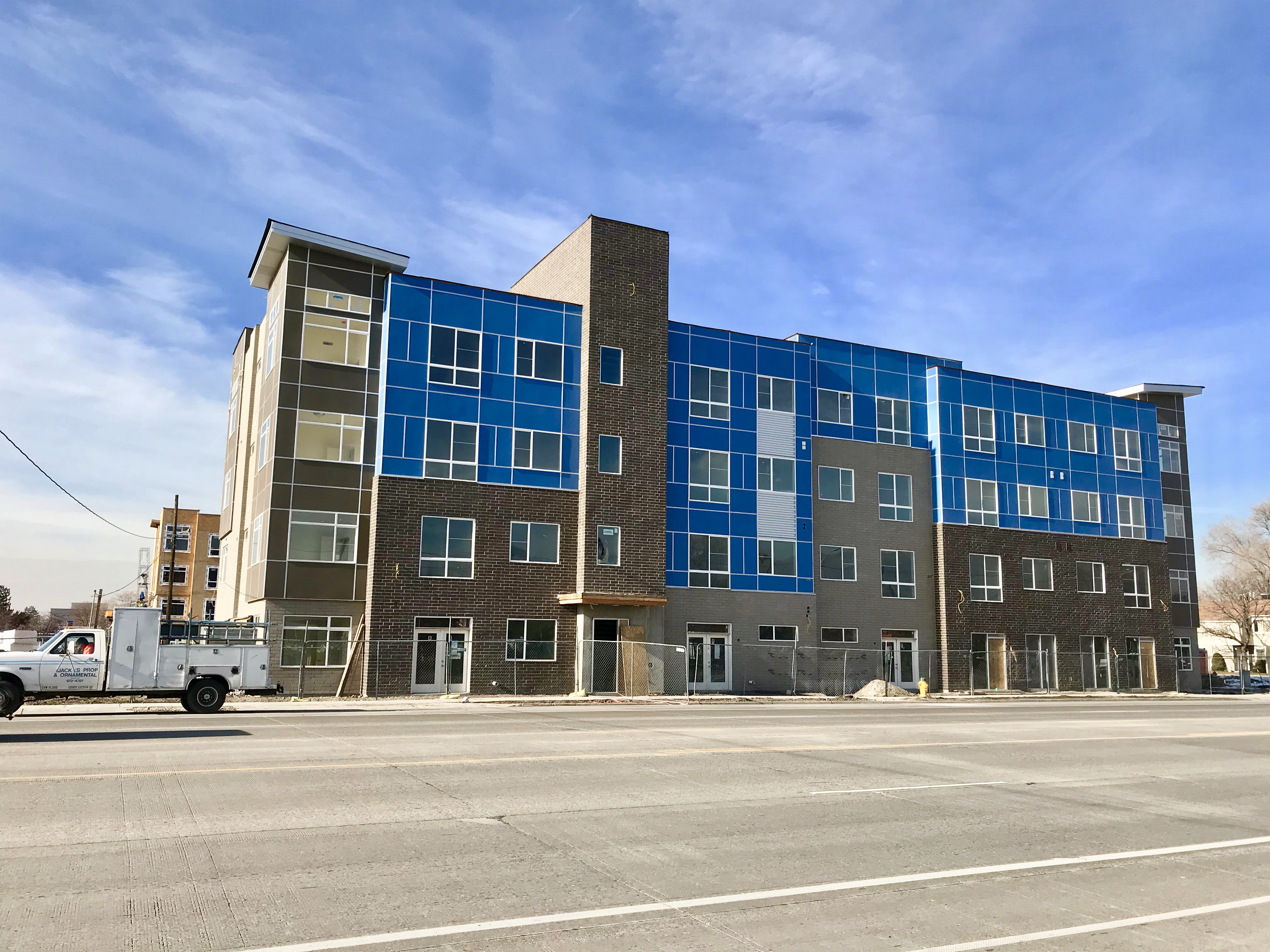 The first two phases of the West Station Apartments are already one of the largest multifamily residential developments in the growing residential node on the 1700 to 1900 West blocks of North Temple.  The four-story, 145-unit first phase opened late 2015.  After the first phase‘s completion developers, Henderson Development, immediately began work on the project’s four-story 148-unit second phase.  Now that construction of the second phase is mostly complete, the developers are now ready to move forward on the project’s third phase, which will be the developments largest phase yet.

The third phase will consist of two five-story, mixed-use buildings with a combined 247 units that replace a vacant lot at the northwest corner of the Gertie Avenue (150 North) and Redwood Road intersection.  The developers purchased the lot from the city.  Before sitting vacant, the lot was home to a Betos Mexican restaurant.

The project is in the TSA-MUEC-T (Transit Station Area Mixed Use Employment Center Transition) zone that requires developers to go through the Transit Station Area review process.  Under the review guidelines, developers wanting to build within a quarter-mile of a TRAX station must earn at least 125 points before receiving planning approval.  Projects that fail to score at least 100 points must go before the Planning Commission for final approvals.  Points are rewarded to project elements that encourage walkability, vibrancy and other pedestrian and transit-friendly design elements.

The West Station’s third phase shows the impact of recently approved changes to the TSA review guidelines.  Despite more street-level activation than the first two phases, the two buildings scored 98 and 82 respectively.  The previous phases scored 111 and 103 respectively and were able to bypass the Planning Commission, but those scores were under the original TSA review guidelines.  The project’s first two phases lack active groundfloor uses and are generally closed off at the street level, but both earned the bulk of their points for bicycle storage, pedestrian walkways, 360-degree architecture, materials, project density and by placing visual emphasis on the building’s corners.

The proposed third phase has many of those same elements as the first two phases but also includes groundfloor retail, flex spaces and street-level residential amenities.  The third phase buildings will wrap around surface parking on Gertie Avenue and Redwood Road.

According to planning documents, the third phase failed to reach the needed 100 points because the project doesn’t engage with Harold Avenue to the west, which is considered public street and lacks open space.  At least 50 percent of the residential structure must be within 5 feet of a public street.  The current proposal has only surface parking fronting Harold Avenue.

By failing to reach 100 points, the developers must now decide whether go through a Conditional Building and Site Design Review with the Planning Commission or submit revised plans and reattempt the TSA review process.