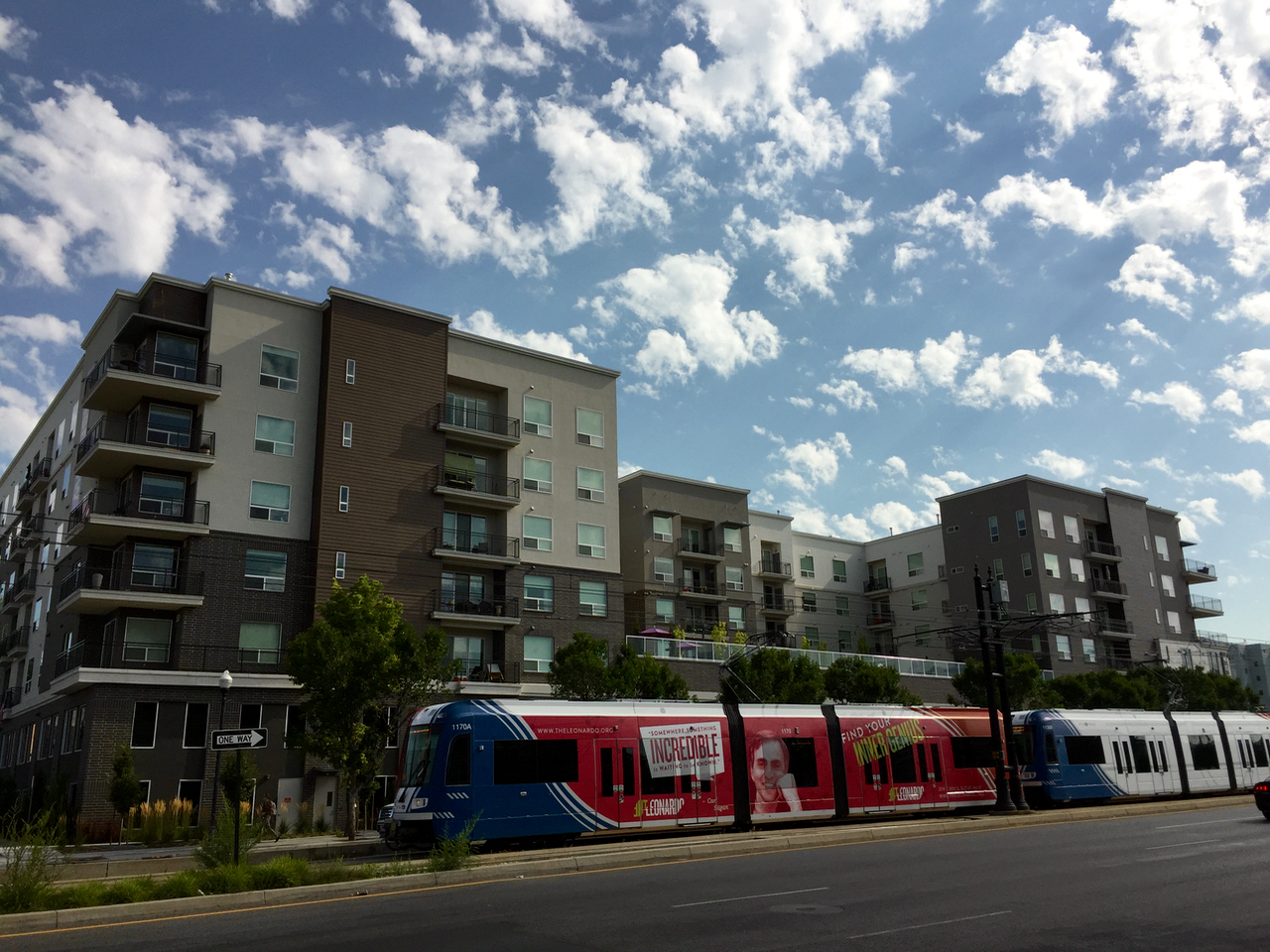 Salt Lake’s unprecedented growth has revealed some holes in the zoning for larger multi-family developments on mass transit corridors.  To address this, the Salt Lake City Council voted to update the TSA (Transit Station Area) zoning in June.  Even before Council’s June vote, employees of the Salt Lake City Planning Division were already actively looking at ways to improve the zoning.

Planning staff met with members of the Planning Commission for a workshop during the Commission’s July 27th meeting, to receive feedback and preview the proposed changes to the TSA zone, as well as changes to the Planned Development ordinance and the Conditional Building and Site Design Review (CBSDR) process.

Changes involving the TSA zoning district place emphasis on enhancing the pedestrian experience along the Red and Green TRAX lines along 400 south and North Temple, respectively.

Daniel Echeverria, the principal planner, cited recently completed projects on the 400 East block of 400 South: Encore Apartments and Seasons on the Boulevard, as projects that missed the mark on transit-oriented development (TOD) elements that add to a vibrant, walkable neighborhood.

Echeverria sought feedback from commissioners on the proposed changes to the TSA Zoning ordinance, which determines what developers are required or prohibited to include on projects built within the zoning district.

Some of the proposed changes have the potential to greatly enhance the pedestrian experience on North Temple and 400 South and create more vibrant transit-oriented developments.

One such change would require developers to construct midblock walkways, at least 10 feet wide, either where one doesn’t currently exist, where a walkway was indicated in an adopted plan, or on projects longer than 200 feet in length.

Salt Lake City’s unusually large city blocks present a challenge to pedestrians. This zoning requirement would enhance the network of pedestrian streets that break up blocks and decrease the distance required to walk between two points.

Another proposed change would require developers to include non-residential ground floor uses for, at a minimum, 75 percent of street frontage. The ground floor mixed use portion would be required to extend 25 feet into the building.

Echeverria also discussed changes to TSA Zoning guidelines. The guidelines determine whether projects need to be approved through a CBSDR type process or administrative hearing, by awarding points to developers based on what they plan to include in the project.

Currently, developers must earn at least 100 points on a project to avoid going before the Planning Commission.

He suggested eliminating or reducing points awarded for things many developers are already including- such as parking structures, or things they are now required to include, such as EV charging stations and bike racks.

Instead, the new guidelines would incentivize better use of these elements.

For example, the new TSA guidelines would award a maximum of 25 points (instead of 50) to developers building parking garages. What’s more, they now need to wrap the structures with durable materials similar to the main building and integrate active ground-floor uses.

Under new guidelines, the integration of ample affordable housing receives up to 50 points. Providing a Greenbike station merits 30 points, parking ratios less than one stall per unit results in 25 points, using sustainable practices and building to LEED certifications garners more points and providing art visible to the public gets six points.

That hope may soon become a reality. Encore Apartments, which previously scored 151 points, would only have received 84 points under the proposed new system. Seasons on the Boulevard would have received a score of 83 compared to its original score of 132.

On the other hand, another project on the 400 South Corridor, the Ninth East Lofts at Bennion Plaza Lofts (formerly referred to as the Eco Lofts), would have earned a much higher score of 250 under the new system, due to the amount of affordable housing included and a parking ratio of less than one space per unit.

In the same meeting, the planning commission also heard from Senior Planner, Wayne Mills and Urban Designer, Molly Robinson regarding changes to both the Planned Development ordinance and the CBSDR process.

The updates to the ordinance would ensure that new developments in Salt Lake City meet citywide goals for at least one of six categories: open space/natural lands, historic preservation, housing, mobility, sustainability, and master plan implementation.

Meanwhile, Robinson explained to the commission that the current CBSDR process is confusing to both potential developers, and the public and that the current design review process has not led to outstanding development.

Both the Planning Division and the Planning Commission will continue to hold meetings and gather public feedback throughout August for proposed changes to zoning and will present the final findings to the public in September.

The public can provide feedback on proposed changes to the TSA Zoning District here.