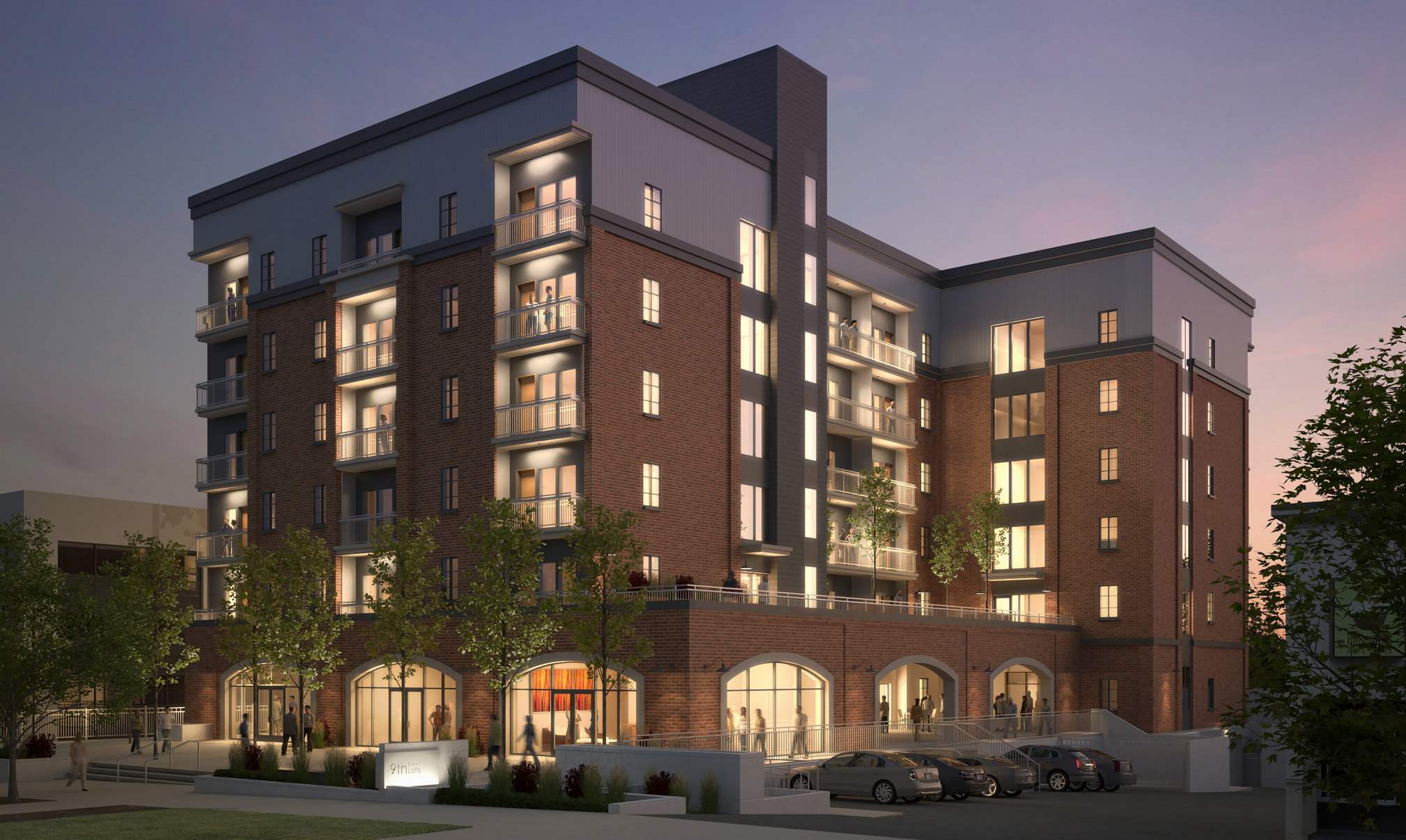 A mixed-use development, years in the making, is finally coming to fruition.  Demolition of the former Kiwanis-Felt Recreation Center is underway to make way for the construction of the 9th East Lofts at Bennion Plaza, a six-story affordable mixed-use project on the 400 South block of 900 East.

The Housing Authority of Salt Lake has partnered with the Redevelopment Agency of Salt Lake City to build the 9th East Lofts.  The residential units are designated as affordable “workforce housing” and will be reserved for those earning 60-80 percent of Area Median Income (between $30,000 to $40,000 a year for a single person).

The 74-unit project will include five floors of residential above ground floor commercial space.  The project includes a mix of one and two-bedroom loft units with high ceilings and large windows.  Because the project is adjacent to the 900 East TRAX station, only 30 parking stalls will be provided.  An underground parking structure will provide 23 stalls with seven stalls available on the ground level.

The project was designed by Method Studios and will be built to LEED silver standards.  Amenities will include a rooftop garden, clubhouse, bicycle racks, a raised vegetable garden and an exercise room.

The mixed-use development will include the Bennion Plaza, a landscaped pedestrian plaza separating the project from the sidewalk.  According to City documents the plaza is intended to enhance the pedestrian experience of the development, while allowing the project to have a larger-than-usual setback.

The project is in the Transit Station Area Zone (TSA) which requires new development to build close to the street level.  Under TSA guidelines projects close to transit stations must have at least 50 percent of the building within five feet of the sidewalk, or property line while allowing a rear setback of 25 feet.

The Jordan and Salt Lake Canal runs along the east and north sides of the property, which impedes building right up to the sidewalk.  To accommodate the canal, the Planning Commission approved variances for the 9th East Lofts to allow a front setback of 28 feet and a rear setback of just 10 feet.  The project will be built right up to the canal easement line and the plaza built over it, with the reduced rear setback allowing the developers to maximize the remaining lot space.

The 9th East Lofts are the only new project along the 400 South corridor that will be exclusively available to those with limited income.  The project is one of five large residential projects under construction or soon-to-be under construction along a five-block stretch of 400 South.  Of those projects, only Liberty Boulevard, a project proposed for the 700 East block of 400 South, will provide affordable units.  The 267-unit Liberty development will reserve 10 percent, or 26 units, for residents earning 80 percent of the AMI, nearly a third of the number of affordable units that 9th East Lofts will add to the market.

The Housing Authority of Salt Lake City will hold a groundbreaking ceremony August 19th at 10:00 a.m. at the construction site, 444 South 900 East.