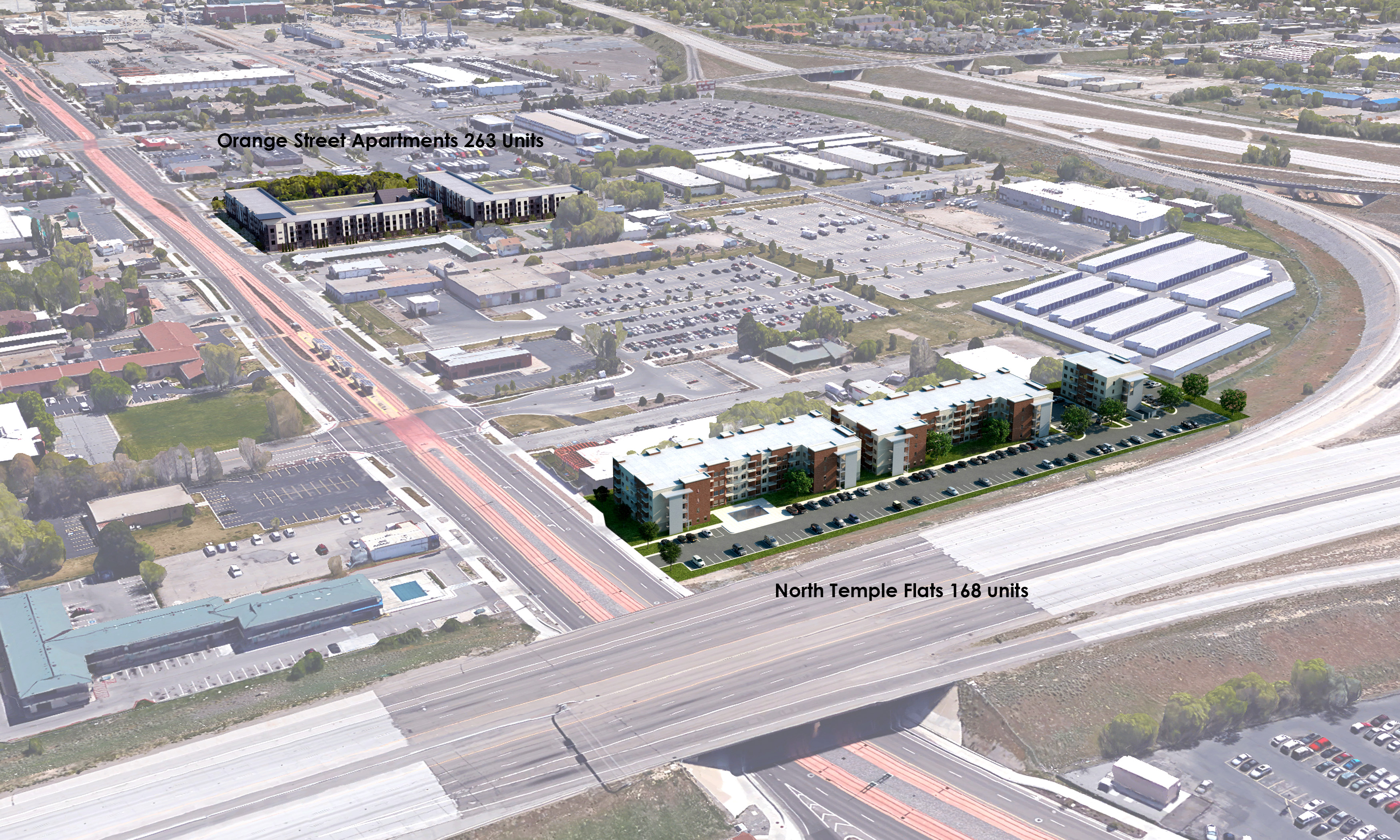 Over the next few years, the area surrounding the 1940 West North Temple TRAX station will be welcoming hundreds of new residents.  Demolition work has started on the site of North Temple Flats, a mixed-income development on the 1900 West block of North Temple.

The project replaces the former Sleep Cheap Motel and a small mobile home community and with three, four-story residential buildings.  The development will have 168 units, 96 of which will be income-restricted units with 72 market-rate units.  The units will be a mix of one and two-bedroom apartments.

Becuase of the project’s proximity to a TRAX station (less than a block away), the developers opted for a 0.93:1 parking ratio, with 157 surface stalls for the 168 units.

While the North Temple Flats will add both affordable and market-rate units, the ratio between the two is concerning westside residents and several members of city council.  Over 57 percent of the project’s units will be income restricted compared, while projects like the Liberty Village in Sugar House and Liberty Boulevard in the East Central neighborhood reserve only 10 to 20 percent of the units for low-income residents.

The project is one of three multifamily developments now under construction within a block of the 1940 West North Temple TRAX station.  The other two projects, the second phase of the West Station Apartments near the Redwood Road and North Temple intersection and the Orange Place Apartments at the intersection of North Temple and Orange Street, are both market-rate.   North Temple Flats’ 96 income-restricted units consist of just 16.5 percent of 579 combined total of units the three projects will add to the neighborhood.

A second mixed-income project proposed for the 200 North block of Cornell Street could significantly increase the ratio of new affordable to market-rate units along the westside North Temple Corridor.  Little Diamond Housing plans to build a five-story residential building with 146 units, 131 of which will be income restricted.  The Cornell project brings the total count to 725 new units proposed for the west side of North Temple and the new affordable unit count to 227 or 31 percent of the total of proposed units.

During a briefing last week on the Little Diamond project, several city council members expressed concerns about a clustering of affordable housing on the city’s west side.