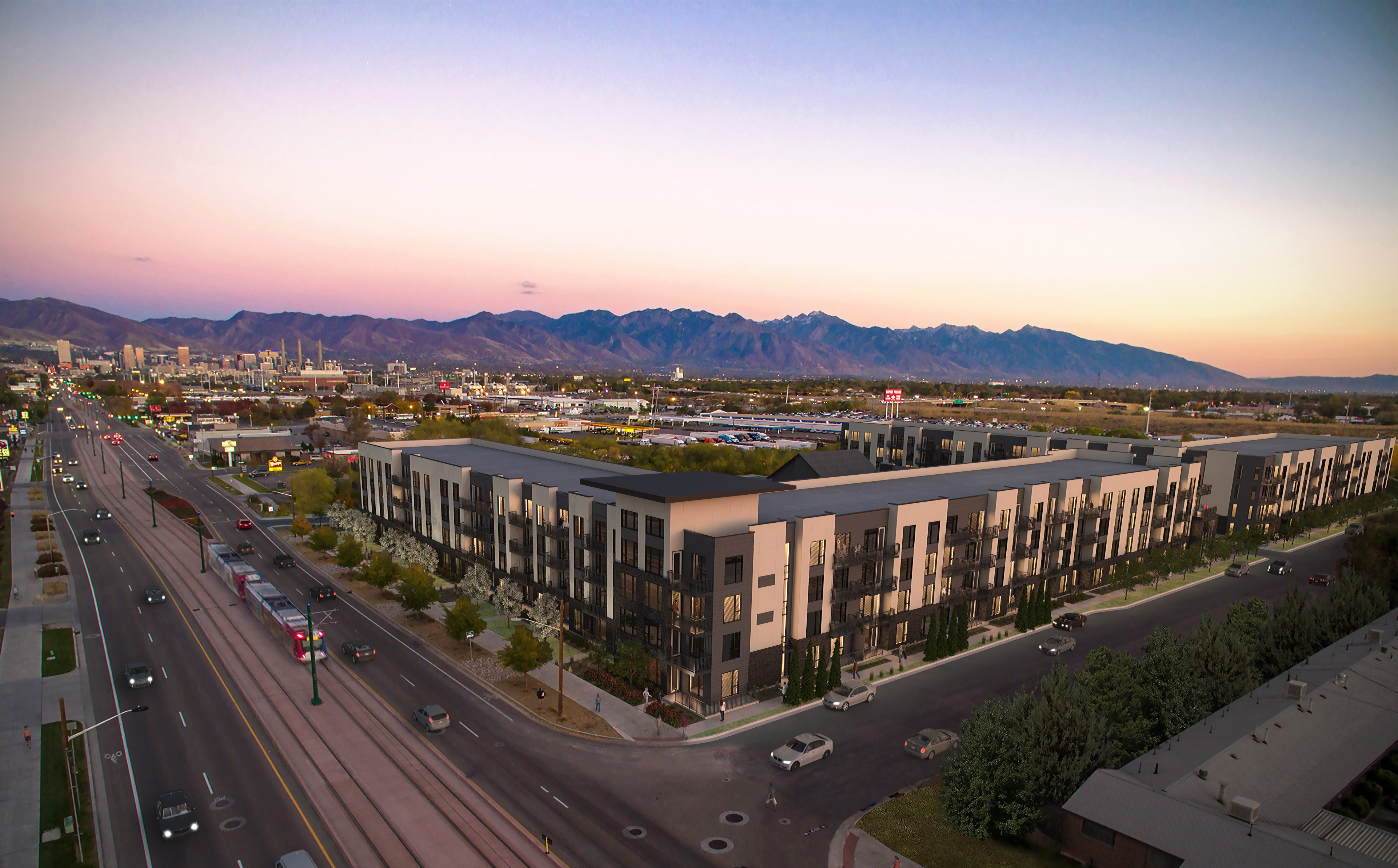 Demolition work has started on a North Temple residential project that is part of a wave of new development for the neighborhood surrounding the 1940 West North Temple TRAX Station.

Following the demolition work, Seattle-based developers, Lake Union Partners, will start construction on the Orange Street Apartments, a 263-unit residential project on a 5-acre parcel at the intersection of Orange Street and North Temple.

The project will consist of three buildings, including two L-shaped, four-story buildings that will front both North Temple and Orange Street and a separate clubhouse.  The units will all be market rate with 26 studio, 184 one-bedroom and 53 two-bedroom units.

The residential buildings will each wrap around a surface parking lot with a 1:1 parking ratio.  The project is less than a block from a TRAX station.  Amenities will include a pool, clubhouse, fitness center and a mid-block pedestrian walkway that will bisect both buildings.

The area is already a large employment sector with several state offices just north of the station.  The Orange Street Apartments is one of the four projects in development that will add hundreds of new residential units in a two block radius of the 1940 West North Temple TRAX station.

Construction is actively underway on the second phase of the West Station Apartments, a 148 market rate unit project just north of North Temple on Redwood Road.  The first phase (directly east of the Sutherlands Lumber store) opened in 2015 and also includes 148 units.  Two other projects proposed for the area include a townhome project across the street from the Orange Street Apartments site and the North Temple Flats, a mixed-income residential development planned for the parcels a block to the north Orange Street project.

After the four projects in development are completed, 760 residential units will be added to this stretch of North Temple since the Airport TRAX line opened in 2013.   Those new units are in addition to two residential projects already in the neighborhood, the suburban-designed Sky Harbor Apartments and the Freedom Landing Apartments, a housing development for homeless veterans.