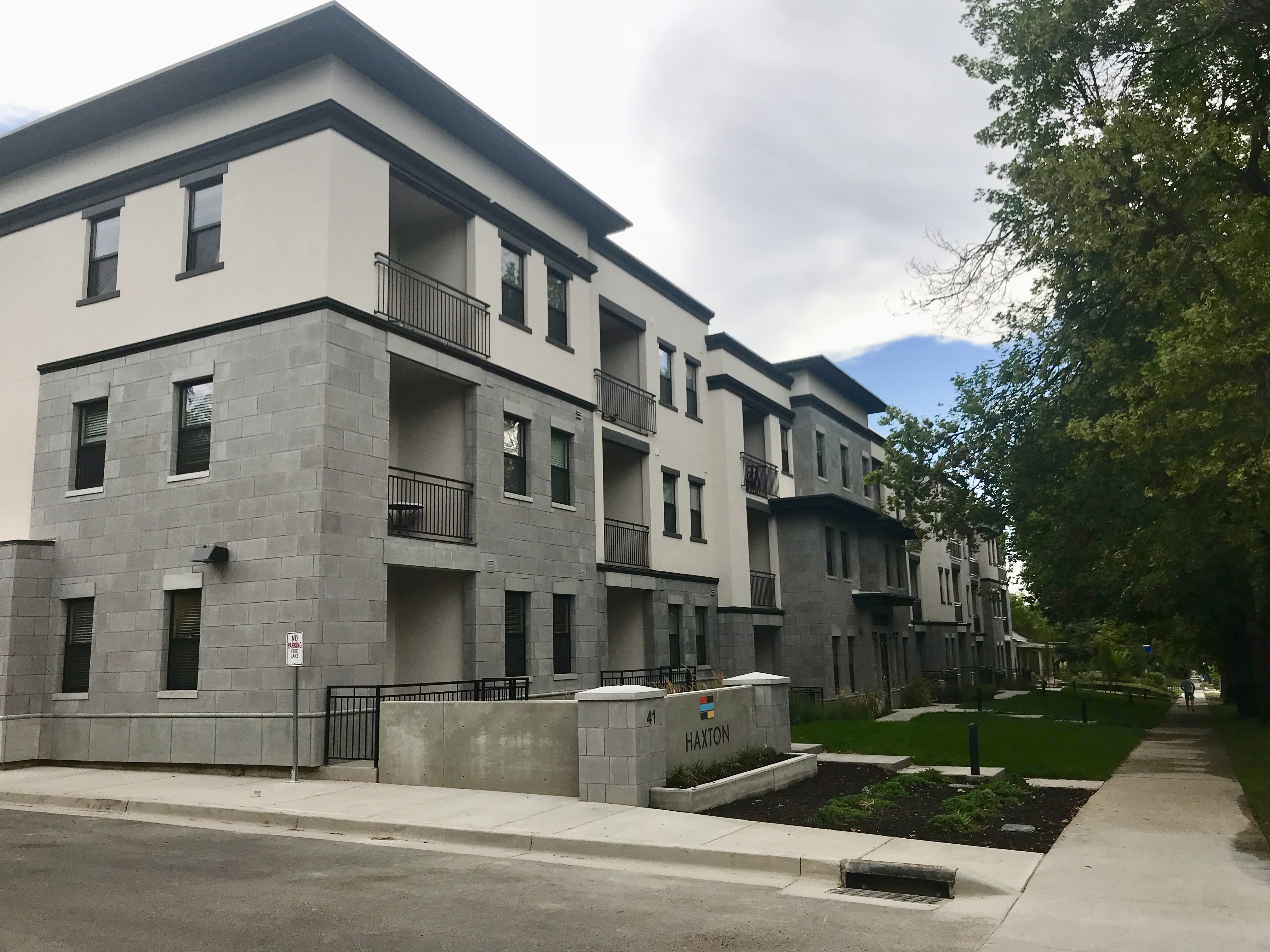 Residential growth continues in the Central City and East Central neighborhoods, just east of downtown Salt Lake City.  There are five multifamily residential buildings with a combined 742 units that are either recently completed, nearing completion, or well underway within a six-block radius of downtown Salt Lake’s eastern boundary.

Two of the projects,  Liberty BLVD and Block 44 apartments along the 400 South TRAX corridor. The three other projects, the Haxton Apartments, 4Forty7 and The Morton are replacing underutilized lots north of 400 South.  Most of the projects having little street engagement, adding density without increasing walkability.

The exceptions are The Morton, which brings ground floor commercial to 200 East, and Liberty BLVD which added a Chipotle on 400 South.  Liberty BLVD also adds some pedestrian interest with large windows that peer into the pool area along 700 East.

The Haxton Apartments on 900 East just south of South Temple were recently completed.  The three-story project contains 39 apartments, much less than the original five-story proposal for this location by the developer, Barron Equities.  After review and input from neighbors, including residents of the adjacent Haxton Place historic district, the Salt Lake City Planning Commission denied a zoning amendment request that would have made the original proposal possible.

The Cowboy Partners’, 267-unit, Liberty BLVD apartment complex is almost complete with the north section leasing out and the south section in the final stages of construction.  The four-story project fronts 400 South to the north, 500 South to the south and 700 East to the west and replaces the former Wonder Bread facility.

Construction is winding down on the Wright Development Group’s Block 44 apartments.  The project occupies the majority of the block face on the north side of 400 South between 300 East and 400 East.  The seven-story structure will have 213 residential units in five floors over a two-story parking podium and replaces four buildings, including a former Sizzler restaurant.

The 4Forty7 Apartments is a six-story residential building that is under construction at the 400 East block of 100 South.  The project replaces a small one-story commercial building and will have 86 units in four floors above a two-story parking podium.  The units will range in size from 400 to 650 square feet.  The project is by the development team of Tessa Arneson and Tim Watcke.  In contrast to this project, their Maven District project along the 100 East block of 900 South adds tremendous pedestrian interest to that neighborhood between 9th and 9th and Central 9th.

At the eastern edge of downtown is The Morton, an eight-story mixed-use building under construction at the 200 South block of 200 East.  The project is by Seattle developers, Timberlane Partners, and will have 137 residential units above 1,400 square feet of ground-floor commercial space..