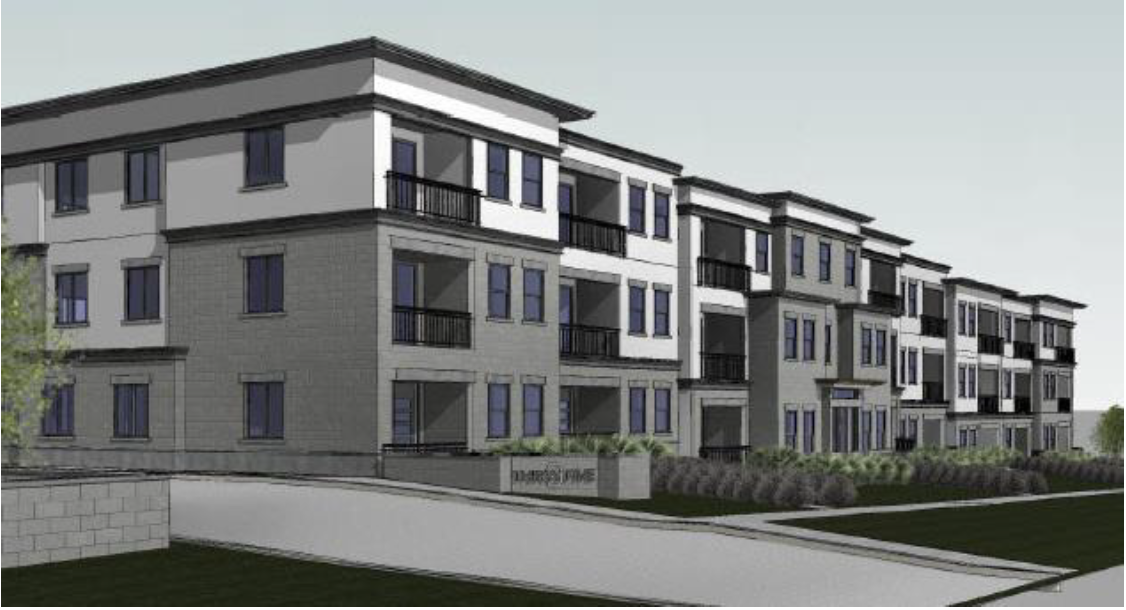 The aged medical building on the 900 East near South Temple is no more.  The building has been demolished to make way for the Haxton Apartments, a three-story, 39 market-rate unit residential project.

The project’s developer, Baron Equities, Inc, went through several different renderings for the Haxton Apartments before getting the needed approvals to build.  After several meetings with neighbors and both the Planning and Historic Landmark Commissions, the developers were able to move forward with a scaled-down version of the original plans for the site.

The developers originally proposed a five-story residential building with 104 units. To be able to build up to five stories, the developers needed a rezone of the property from its current RMF-35 and RMF-30 (residential multifamily) zoning to RMF-75, which would have allowed them to build up to 75 feet, or seven stories.

The developers went before the planning commission in June of 2016 for a zoning amendment request but faced opposition from neighbors and the East Central Community Council.  After a lengthy public hearing, commission members agreed with the resident’s concerns over the project’s height and voted to forward a negative recommendation to City Council on the proposed zoning amendment.

In November of 2016, the developers presented a scaled-down proposal for the Haxton site, reducing the building’s height by two floors and the unit count by 65 units.  In January the Historic Landmark Commission (HLC) approved a demolition and new construction requests for the new design allowing the developers to demolish the medical building and to build in the Historic Preservation Overlay zoning district for the South Temple Historic District.

In the updated design, the developers removed plans for structure parking opting instead for surface parking with 54 stalls that will be tucked behind the building.  According to planning documents, the developers have tried to break up the scale of the project by designing the building to resemble townhomes and breaking up the building into three sections by varying the materials and architectural details.

The residential units will be a mix of one and two-bedroom apartments. Each of the ground floor units facing 900 East will have a recessed porch entry and their own pedestrian walkway connecting the units to the main sidewalk.