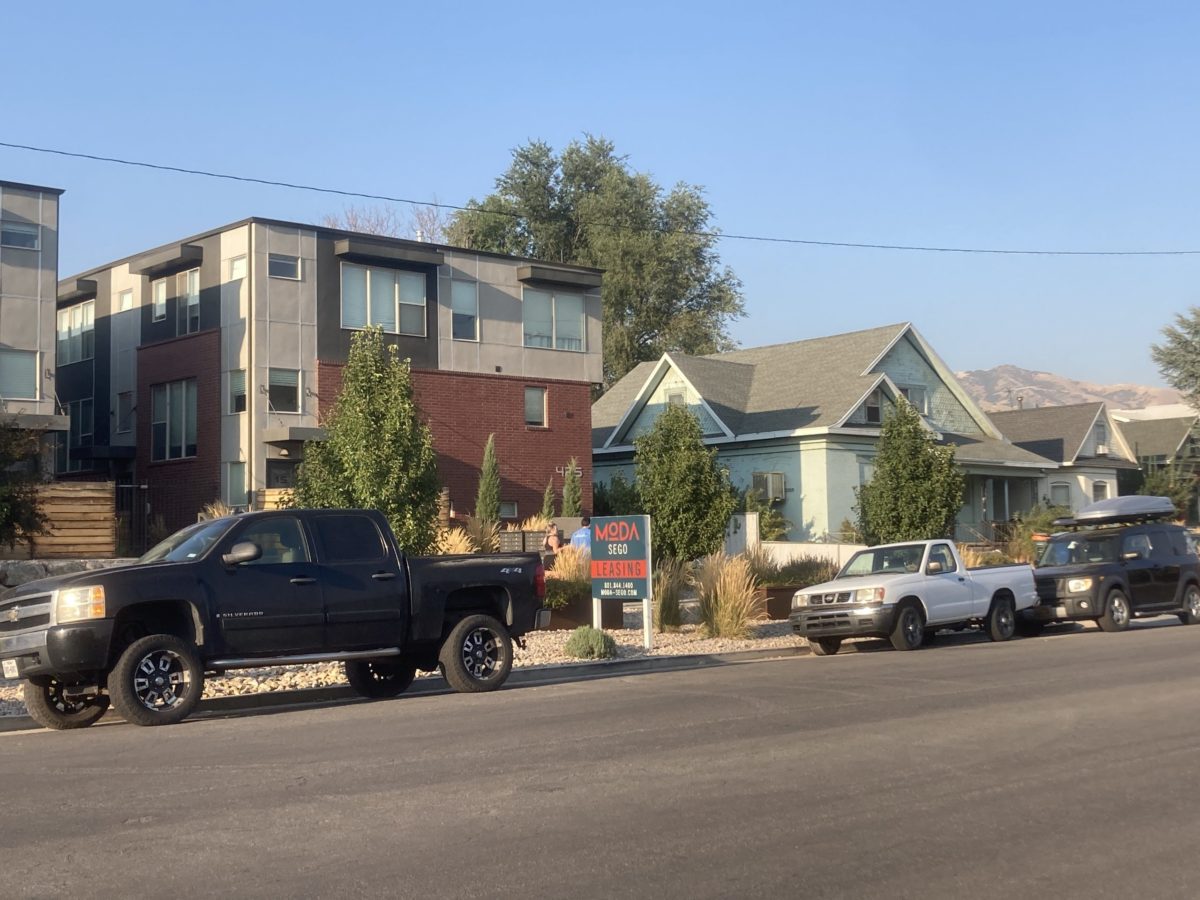 Reducing off-street parking requirements in some areas of the city, allowing dorm-style SRO apartments in more zones, as well as legalizing more diverse housing in “established neighborhoods” are all on the docket for action.

Council Vice Chair Darin Mano (District 5) hosted a briefing for press on Wednesday around a conference table in the City Council’s historic work session room. He expressed confidence that the logjam created by a previous council was no longer present. Council leadership is scheduling discussion for September 20, and aiming at mid-October for a vote.

The logjam – and how it was broken

When we last wrote about RMF-30 18 months ago, the council did not feel comfortable moving forward with the missing-middle reform until they also had an accompanying ordinance to address displacement and the loss of “naturally occurring affordable housing” when new units are built under the new pro-development RMF rules.

The bucket for those policy goals is the Housing Loss Mitigation ordinance, which is still being formulated in the administration. City council staff during the briefing offered that “it is actively being worked on, and likely to be very different from the language in the current ordinance.”

The Housing Loss ordinance seems to have been crafted to protect housing stock in neighborhoods that were seeing office buildings replacing homes in the 1970s and 80s. Since then, market reality has turned a full 180 degrees. The city’s problem is not that it’s losing housing. The question is what it’s willing to lose while it rapidly adds new units.

Those likely losses were on the minds of at least four council members who refused to vote on the measures unless bundled together. Three of those council members, District 2’s Andrew Johnston and Dennis Faris, as well as District 1’s James Rogers, are no longer in office.

With that barrier no longer in place, this year’s council leadership of Dan Dugan (District 6) and Mano are pushing ahead for a vote this fall. Mano also told us that, “The other things that are different between then and now is that new information on the housing loss mitigation ordinance as well as the Thriving In Place project became available,” which has helped shift the councils’s direction.

Whether Mano has four votes on the seven-person council to pass the ordinances as they’re currently revised is unknown.

He was the only council member at the press conference. Although Ana Valdemoros, representing District 4 – the area of the city with the greatest amount of RMF zoning – was present in that wing of the city council office at the same time.

Planning Director Nick Norris did not respond by post time to queries about the progress of the Housing Loss Mitigation ordinance.

We also asked about the status of the “Affordable Housing Overlay,” another piece that the council previously wanted delivered only as part of the whole pie.

That ordinance, structured to provide a density bonus for including affordable units in a project, is likely being slowed down in part by the city’s need to create a regulatory apparatus to establish and monitor the affordable units.

What pieces are on the table for a vote?

Changes to the RMF-30 Zoning District

This zoning district generally allows single-family homes and smaller apartment buildings. Proposed changes could allow the development of multi-family housing – buildings with three or more living units – to be easier to construct. Learn more at tinyurl.com/RMF30zoning

Shared housing is a dorm-style apartment. Tenants have a private living space and share either a kitchen or bathroom with other tenants. Currently, shared housing is only allowed in a few areas of SLC, usually near transit. The Council is considering expanding where shared housing is allowed. Learn more at tinyurl.com/SharedHousingProposal

Not expecting pushback on the parking ordinance, Mano offered answers to several criticisms that have been made about the Shared Housing and RMF proposals.

Wasatch Tenants United have come out forcefully against the Bueno Avenue dorm-style apartments approved by the planning commission on Wednesday, calling the arrangements undignified, similar to “living in closets.” The dorm-style set-up makes having a kitchen and a bathroom a luxury, normalizing substandard housing, the group has claimed.

Council Member Mano dismissed those concerns on Wednesday, stating “I believe that the SRO is the one of these three tools [RMF, Off-Street Parking] that would come the closest to creating deeply affordable housing. Kitchens and bathrooms are expensive to build.”

He noted values have changed with generations. “Young people today think living in an apartment is a perfectly dignified way to live, and it’s probably more sustainable. I want this city to be one where people in every income level can live.”

What about the fear of loss of neighborhood character in the century-old neighborhoods where much of the RMF zoning exists? Won’t the liberalized RMF rules cause demolitions, since many historic single family houses sit on RMF zoning? Why keep a single family structure when you can build five million-dollar townhomes?

“I’d say the demolitions are already happening, and they’re being replaced with million-dollar single-family homes.”

Infill on RMF zoning in Central City. The single-family homes are on 600 South, and the multi-family buildings are on 500 East across the street from each other. Can you tell which ones are on the Historic District side of the street? Hint, it’s the one having to work with “contributing structures” and go through design review.Photos by Luke Garrott.

Mano also expressed confidence in the preservation incentive in the RMF ordinance, which offers an additional unit if the primary structure on the lot is maintained.

“In my architect experience, I’m frequently asked to maximize the number of units on a project, because developers make more money from more smaller units than from fewer bigger units.”

Neighborhood character? ““I don’t think it will change as much as people fear it will. If you drive through many of our neighborhoods now, you already see a lot of non-conforming structures there that are part of the neighborhood fabric.”

“I will say our current pattern is not working for us. Change isn’t always bad. Cities are always changing, for better or worse, and it’s for the worse if people don’t have somewhere to live.”