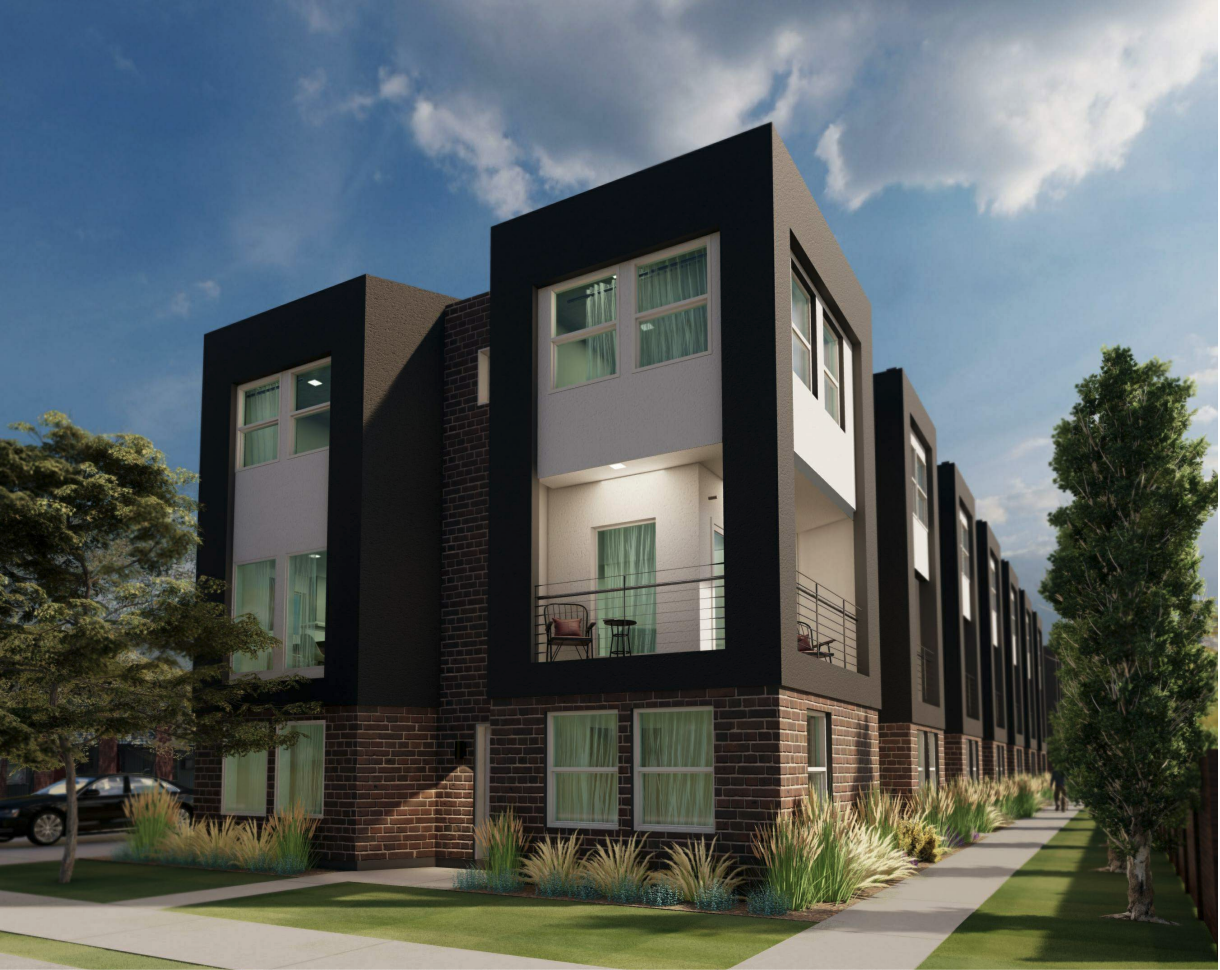 A developer that’s found a niche in Salt Lake City’s Ballpark neighborhood is proposing another mid-density townhome project in the area.

CW Urban wants to build two, three-story buildings on a narrow lot off Main Street near 1739 South, in the southern gateway to Downtown.

The building would continue the neighborhood’s rapid build-out with mid-density apartments lining Main Street and 1700 South. Much of the area is zoned commercial (CC), which comes with few design requirements and can lead to quick approval for developers.

Continuing the developer’s naming convention, The Abbie would include two buildings with 13 residential units that are 1748 square feet or 1544 square feet, plus two-car garage.

The Abbie is heading to the Planning Commission because the second building doesn’t have any street frontage.

The buildings will run east-west from Main Street on the 0.46-acre parcel that until recently was a used car lot. A single unit would face Main Street and the others are located to the rear of it, with a sidewalk on the buildings’ south side and driveway on the north.

CW Urban, which is a sponsor of Building Salt Lake, is completing The Penny, another residential building north of The Abbie, at 1700 S. Major St., another fronting the Ballpark TRAX station, and The Charli at 55 W. 800 S.

It built and sold condos at The Edith at 1700 S. West Temple, and has three other active projects Downtown and in the Depot District.

Despite its attraction to developers, the neighborhood has seen itself struggling to combat violent crime and other quality of life issues.

The neighborhood held a second annual meeting on safety this month after another string of violent crime in what has become an epicenter for homicides in Salt Lake City, near 1300 South and Main Street.

Residents called on the mayor and police chief to put their attention toward helping the neighborhood.

Increased density will bring more eyes on the street in the area, with similar completed and incoming developments between about 1550 South and 1800 South between West Temple and State Street.

A building at 204 W. 1700 S. is under contract and set up to be another potential multi-family development fronting the TRAX line. That site, while larger and offering a potentially bigger footprint than others in the area, would not benefit from TRAX, however, as UTA doesn’t have a station at 1700 South. Yet.