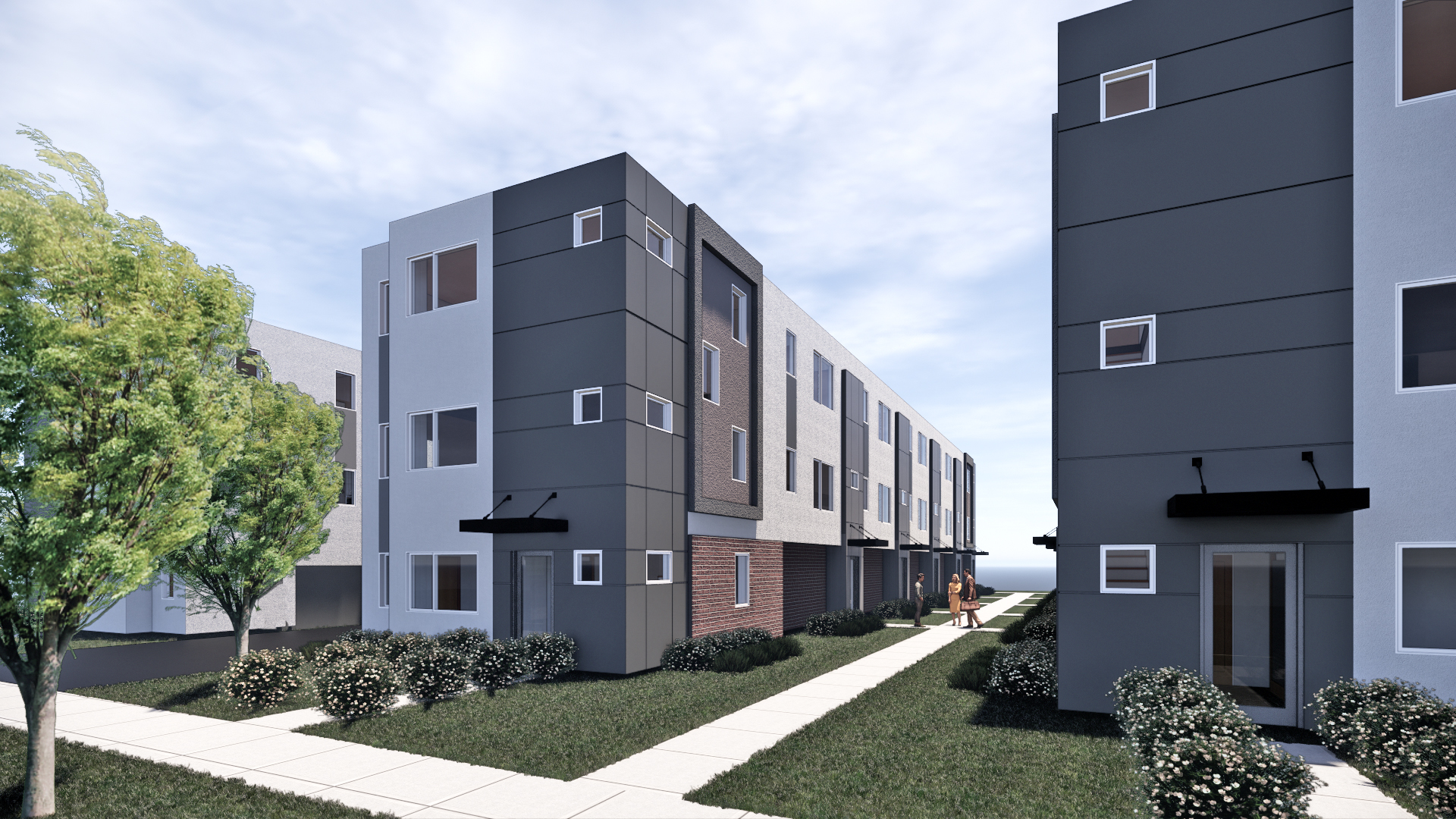 Several new housing developments are already nearing completion. Others will enter the demolition phase soon, and some are still being planned. The construction will coincide with an upcoming shift in the alignment on 1700 South that will add parking for existing and future businesses.

Together, projects that are at some stage of the planning or building process represent more than 100 housing units, many of them middle- or higher-end, coming to the neighborhood. Other properties could be developed once owners decide to sell, Building Salt Lake has learned.

The frenzy of activity is poised to introduce mid-density housing into the neighborhood for the first time, bringing an influx of new residents and businesses to follow.

“Having [the restaurant] Sweet Lake there was the catalyst for us. We took a chance that it was going to be successful and very happy with the amenity it has become for the neighborhood,” said James Alfandre, a founding principal at Urban Alfandre. “It’s a great, walkable neighborhood in the middle of it all. Hopefully it becomes more walkable with future street improvements and other small businesses relocating here.”

Row 17, townhomes on the northeast corner of Richards and 1700 South built by Urban Alfandre on what had been a vacant lot, will add 32 residences. It’s been under construction for more than a year and is nearing completion.

A block west, on the southwest corner of 1700 S. West Temple, CW Urban has already sold a number of its 23 townhomes at The Edith. The project replaced an old mansion that sat on the corner.

CW Urban also has purchased Chartway Credit Union and surrounding parking lot on 1700 S. Major. The entire property, which the company will call The Penny, is just over an acre, about a third of an acre larger than the site where The Edith now stands. City documents show the company filed for a demolition permit on Tuesday, indicating the site will be transformed soon.

Planning documents show The Penny will be developed in two phases, with 24, one- through three-bedroom condominium units and no retail space fronting 1700 South. The company hasn’t submitted documents on the other parcel on the property’s north end.

Across the street from The Penny, on the southeast corner of 1700 S. Major, developer Paul Svendsen is poised to convert a single-family home into a fourplex fronting Major Street. Members of that team filed for a building permit on Tuesday.

Nearby, at the southwest corner of 1700 S. Richards, the Transwest Credit Union is also for sale and has received numerous offers, most of them to develop the site into a development that includes residential, bank officials and others told Building Salt Lake. The bank still hasn’t sold, but Svendsen said the site has the potential for mixed-use.

“A mixed-use project with some commercial on the ground floor and residential above would be such a dynamite addition,” said Svendsen, who also owns the building where Sweet Lake Biscuits & Limeade operates and another on the corner of 1700 S. Main. “Especially with the reconfiguration of 1700 South that would solidify 17th and Main as the core of that developing commercial node.”

The city’s transportation division will soon convert 1700 South from a five-lane road with no parking and a high-speed design into one with three travel lanes and two lanes of parallel parking. The change comes at the request of local businesses and was also supported by us at Building Salt Lake. The new paint should arrive before fall.

The city also recently received funding to design the ‘Main Line,’ a low-stress bike lane on Main Street from 900 South through the city’s southern boundary at 2100 South. The neighborhood is also looking for other ways to improve walkability in the neighborhood.

Around the corner, along Main Street, developers are pushing the neighborhood north toward Smith’s Ballpark.

Svendsen bought the former headquarters of the Utah Auto Dealers Association and lightly retrofitted the building for several new commercial tenants. Watchtower Cafe will move in soon, shifting from fronting State Street to fronting Main. There’s also a tenant upstairs and will be space for two more commercial occupants on the ground level.

Svendsen also bought a parking lot across the street and plans to eventually develop it.

In the same area, JF Capital is undergoing an 11-unit townhome project on Main near 1550 South that also involves tearing into the expansive parkstrip and removing mature trees to make way for parking.

While the area is steeped in underutilized street parking, the developer received approval to remove three mature trees lining Main Street to make way for angled, on-street parking. The one- and two-bedroom units. One bedroom residences will include one-car garages. Two spots for two-car garages.

It’s not clear how adding more angled parking on Main Street will impact the designs and feasibility of the low-stress bikeway.

Eventually, these will join the recently completed 20 townhomes on the corner of Kensington and Main, known as 15 Main.

They’ll also surround a motel that police crime stats show is a magnet of crime. Neighbors have been struggling to find a way to prevent the crime or shutter the motel without success.

Perhaps the incoming neighbors will help that cause.