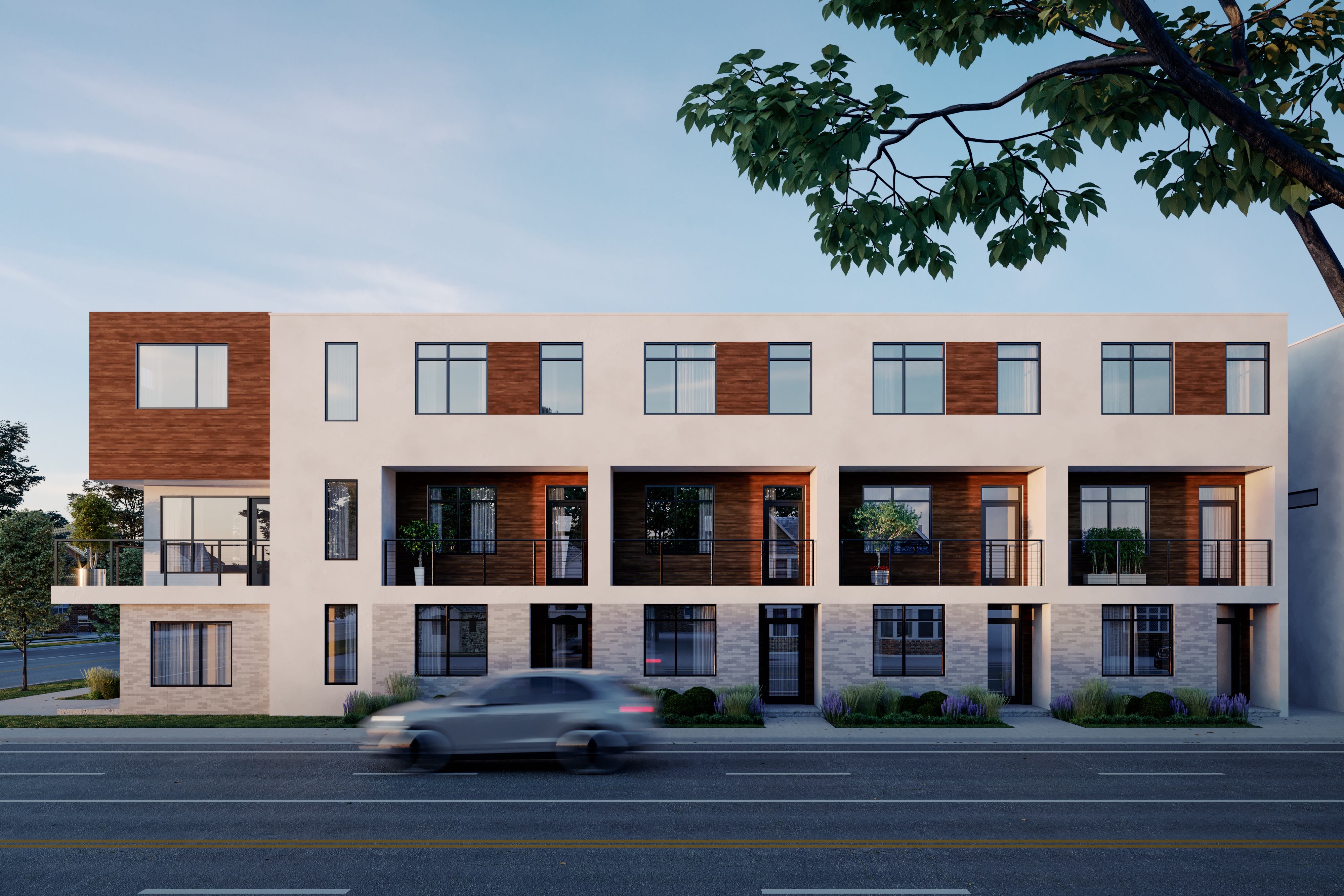 A missing middle corridor is developing on 1700 South, west of State Street.   Crews have demolished the Majestic Meat building and an older single-family home to make way for construction of The Edith, a 23-unit townhome development proposed for the southwest corner of the 1700 South and West Temple intersection.

The project’s developers, CW Urban, are still waiting on the final building permit approvals before construction can begin on the townhome development.  The project will have six three-story buildings, five of which will have three attached units and one building will have five attached units.  Three of buildings will front 1700 South will no front yard setback.  A fourth building will front West Temple with no front yard setback.

Each unit will be three-stories with a two-car parking garage on the ground floor, living space on the second floor and two bedrooms and two baths on the third floor.  Parking will be accessed via a mid-parcel private street that will connect to West Temple.

The Edith is the second large missing middle project underway in the neighborhood, that is becoming a new destination node with eateries like Sweet Lake Biscuits and Limeade and the Dispensary.  Less than a block to the east is the site of the under-construction Row 17, a four-story 32-unit residential building.  The project’s units will be for-sale condominiums with 16 units fronting 1700 South and the remaining units facing away from the street.  The project’s homes are partially framed-out.