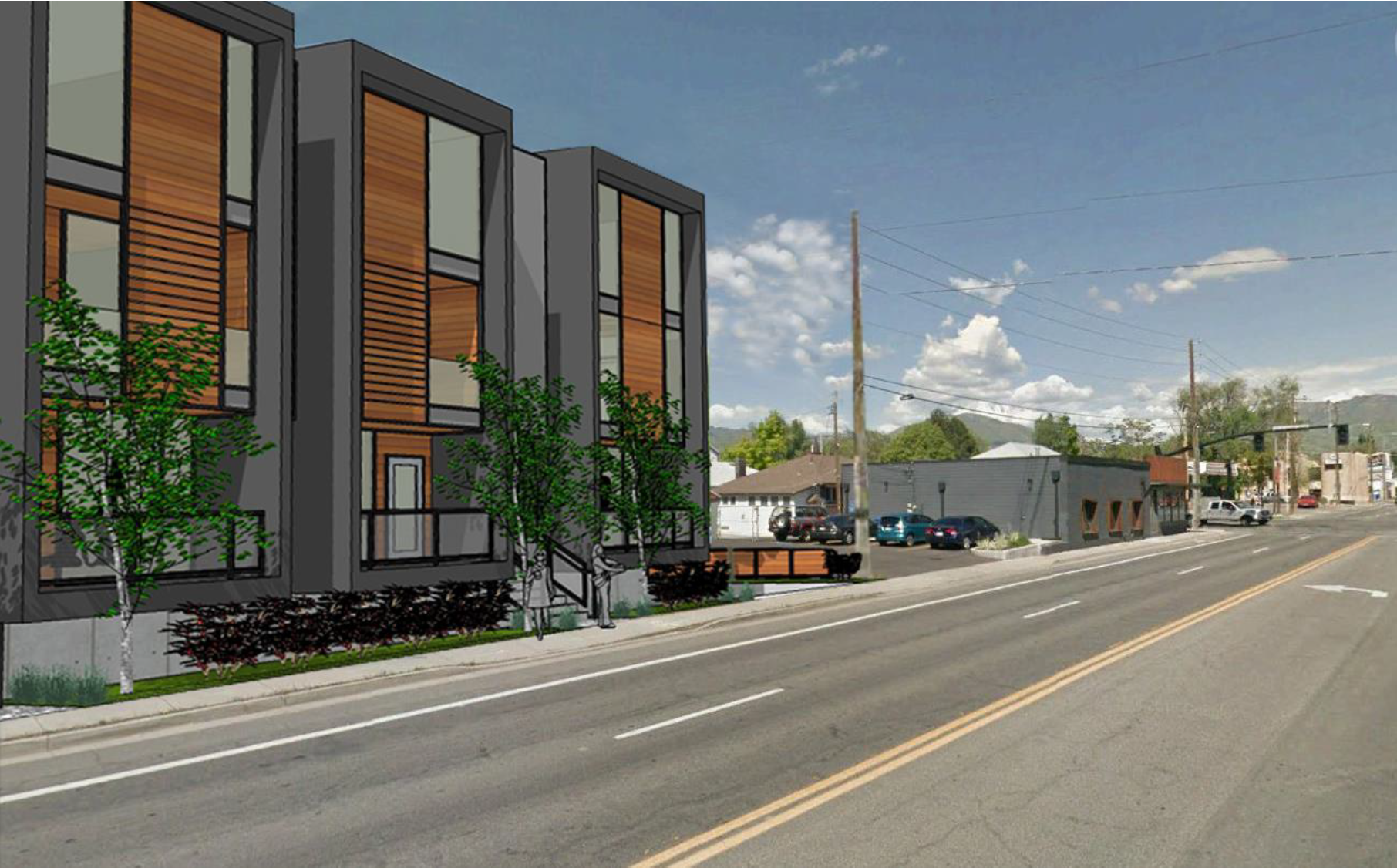 A missing middle development is now underway in a growing section of the Ballpark neighborhood.  Construction has started on the Richards Flats, a 32-unit condominium project at the northeast corner of the intersection of Richards Street and 1700 South.

The project is by developers Urban Alfandre and real-estate firm City Home Collective will be the exclusive agents of the for-sale units.

The Salt Lake City Planning Commission approved a Conditional Building and Site Design Review in September 2016.  During that meeting, James Alfrandre of Urban Alfandre told the commission that the project will provide needed missing middle development while adding residential density to the 1700 South area.  According to Alfandre, prices for the smaller units will start at under $200,000.

The project will consist of three buildings, the largest of which will have 16 for-sale units and will front 1700 South.  Two buildings consisting of eight for-sale units each and will be directly north of the larger building.

The condos will replace a large vacant lot, and three abandoned single-family structures that were demolished several months ago.  Prominent power lines on the property will be buried to accommodate the three buildings.

While the neighborhood struggles with some quality-of-life issues, the area has begun to attract development.

The stretch of 1700 South between West Temple and Main Street is emerging into an active community node.  The area is a block west of the Salt Lake Community College South City Campus.  In September Alfandre told the commission that the addition over the summer of two eateries in the neighborhood is what drew him to develop in the area.  Both new eateries are within a block of the site for the Richard Street Condos.

Directly east of the condo site is Sweet Lake Biscuits & Limeade, the first brick-and-mortar location for the owners of the Sweet Lake limeade stand popular at the Downtown Farmers Market.  The eaterie is across Richard Street from the proposed condo development.

*This is an updated version of an earlier post.