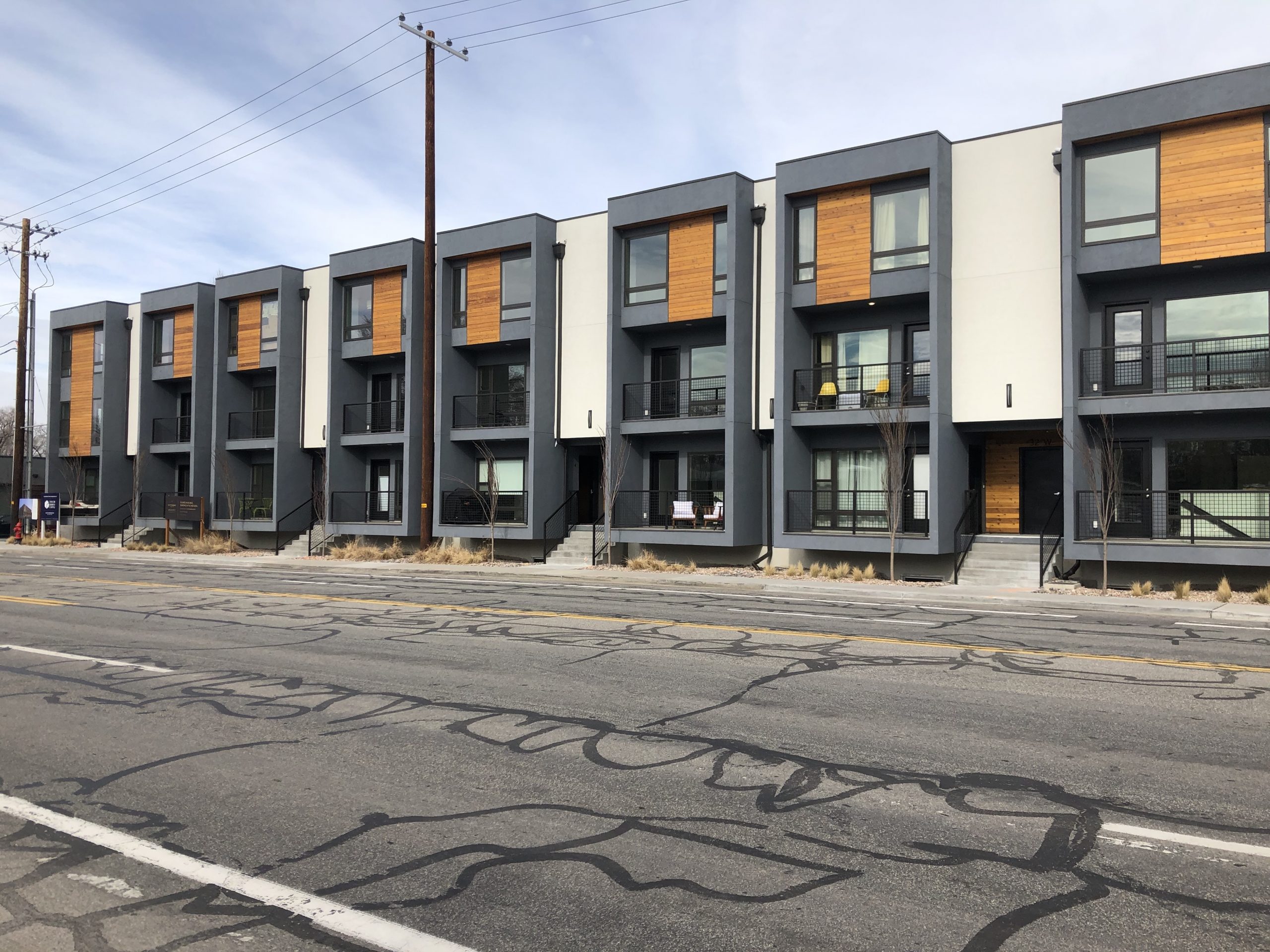 Despite a lack of investment by the city, the recent building boom is quietly fleshing out a mixed-use, mixed-income urban neighborhood.

While none of the recent projects catch the attention of the mega-developments closer to Downtown and the 400 South corridor, the Ballpark additions are occurring in a more granular fashion that will add more than 100 new residents into for-sale condos by the end of the year.

Developers are taking advantage of zoning that comes with fewer restrictions than other districts in the city. The result is a slew of projects that broke ground or were built in 2019 and this year, housing that will begin to shape the south end of the neighborhood.

Much of the area is zoned CC, or commercial corridor, which promotes commercial development along arterial or major collector streets.

That means that when a property changes hands, developers who create a project that fits the parking requirements and don’t request any other waivers from the city planning commission can break ground and build.

That means land may not be utilized to its full potential. But it also means developers generally can make quick work of projects without waiting for approval from the city if they build two-story buildings (CC zoning allows up to 30-foot high buildings).

And while 2019 was a busy year for the neighborhood’s southern portion, 2020 promises to be just as busy, with developments that follow the two- and three-story format outlined in the commercial corridor zoning.

The housing that’s come online is largely following the commercial corridor zoning along 1700 South and Main Street, rather than West Temple, which has largely been zoned to allow single-family houses up until the stadium at 1300 South.

The Centerville-based is well underway on two more developments in the area.

Another townhome project a quarter-mile east on 1700 South, The Penny, is already being advertised for pre-sale as it’s being built at Major Street. Pricing isn’t available, but those units are smaller and likely will bring a lower price tag.

CW Urban has one more project closer to the baseball stadium that shows how developers can complete projects that, under different zoning, would bring the type of buildings the city and region hope to attract.

While the land surrounding transit stations is typically a good fit for higher, mixed-use buildings that add density, The Lucy will bring 35 condos (or 26 units per acre) to the doorstep of UTA’s Ballpark Station.

Meanwhile on 1700 South, Urban Alfandre is wrapping up its 32-unit condo development near Richards Street, many of which have already sold. Remaining units are selling in the mid-$200,000s. (To contrast with The Lucy, Row 17 brings about 58 units per acre to the neighborhood and isn’t on a TRAX line).

Alfandre is also working on a larger rental project in Central 9th that has been complicated by ground contamination from a cleaners that sat on the site for years.

Across from The Penny, at 48 E. 1700 South, Paul Svendsen has recently broken ground on what will be a fourplex fronting Major Street.

Svendsen is wrapping up a retrofit of a commercial building at 1588 S. Main St., which will include the relocation of a coffee shop from State Street. Across Main Street, Svendsen owns a parking lot that he’s planning to develop in the near future.

Across Harris Avenue, JF Capital is underway on an 11-unit townhome project. (The developer is hoping to remove a mature tree to tear into the city’s large median and create seven parking spaces, despite underutilized parking on Main Street today and parking provided with each unit).

At 1805 S. Main St., mental health service provider Alliance House is working to replace a one-story, 9-unit structure with a two-story, 18-unit one for its members.