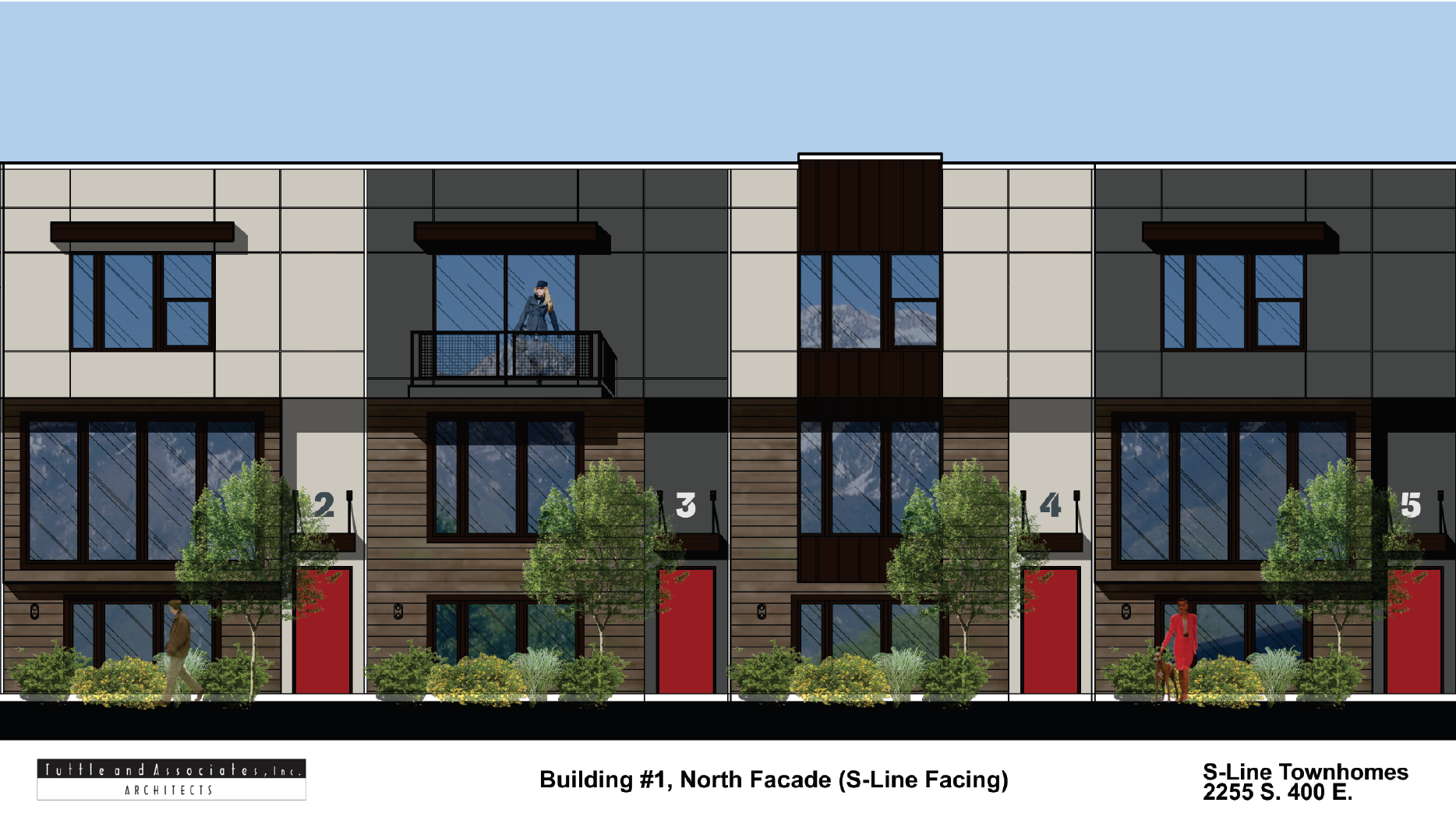 The greater downtown South Salt Lake area is continuing its transition from manufacturing and light industrial to new residential development.  Construction has begun on the S-Line Townhomes, directly south of the S-Line streetcar on 400 East.

The developers, JF Capital, are building 32-unit townhome project in the East Streetcar Neighborhood of South Salt Lake City.  The development will consist of four buildings with eight, three-story attached townhomes per building.

During the approval process, developers faced opposition from some residents and city leaders because the units were proposed as rentals instead of for-sale units.  JF Capital will have each townhome on its own lot, making it easier to sell to individual buyers.

In March, the South Salt Lake City Council approved a development agreement with JF Capital that will require the developer to convert the majority of the residential units from rentals to for sale within three years after construction is completed.  The city council also approved language that will allow the developers to appeal up to three times for one-year extensions if needed.

The majority of townhomes built in and around Salt Lake City the past year are being rented out instead of sold.  JF Capital recently completed the Sego28 townhomes, a 28-unit residential project located on the 400 East block between 700 South and Sego Avenue in Central City.  Those townhomes are currently being offered as rentals, with rents starting at $1,995 for the two bedroom units and $2,165 for the three bedroom units.

Another recently completed development, Prana Townhomes, a 21-unit townhome project in the Central Ninth neighborhood at the intersection of 800 South and Washington, is being marketed as rental units.

As is required for projects along the streetcar corridor, the S-Line Townhomes will include a public plaza on the northwest corner of the parcel that will be incorporated into the S-Line Greenway.

The city is actively recruiting development along the S-Line corridor with hundreds of units under construction or expected to start construction along the streetcar line this year.  Directly across 400 East from the S-Line Townhomes, construction is underway on the Zellerbach Apartments, a four-story 292-unit residential project at the site of the former Zellerbach warehouse between 300 and 400 East directly south of the S-Line.

Besides South Salt Lake, JF Capital is also actively developing in the capital city.  In addition to Sego28, the developers are building the Bonneville Apartments, a 158-unit building located at 260 South and 500 East.

The architecture firm, Tuttle and Associates, designed the S-Line Townhomes.  The architects are becoming known for townhomes as they also designed the Sego28 townhomes, Prana Townhomes and the Blue Koi Apartments, a 21-unit development at the intersection of 900 East and 1700 South in Sugar House.