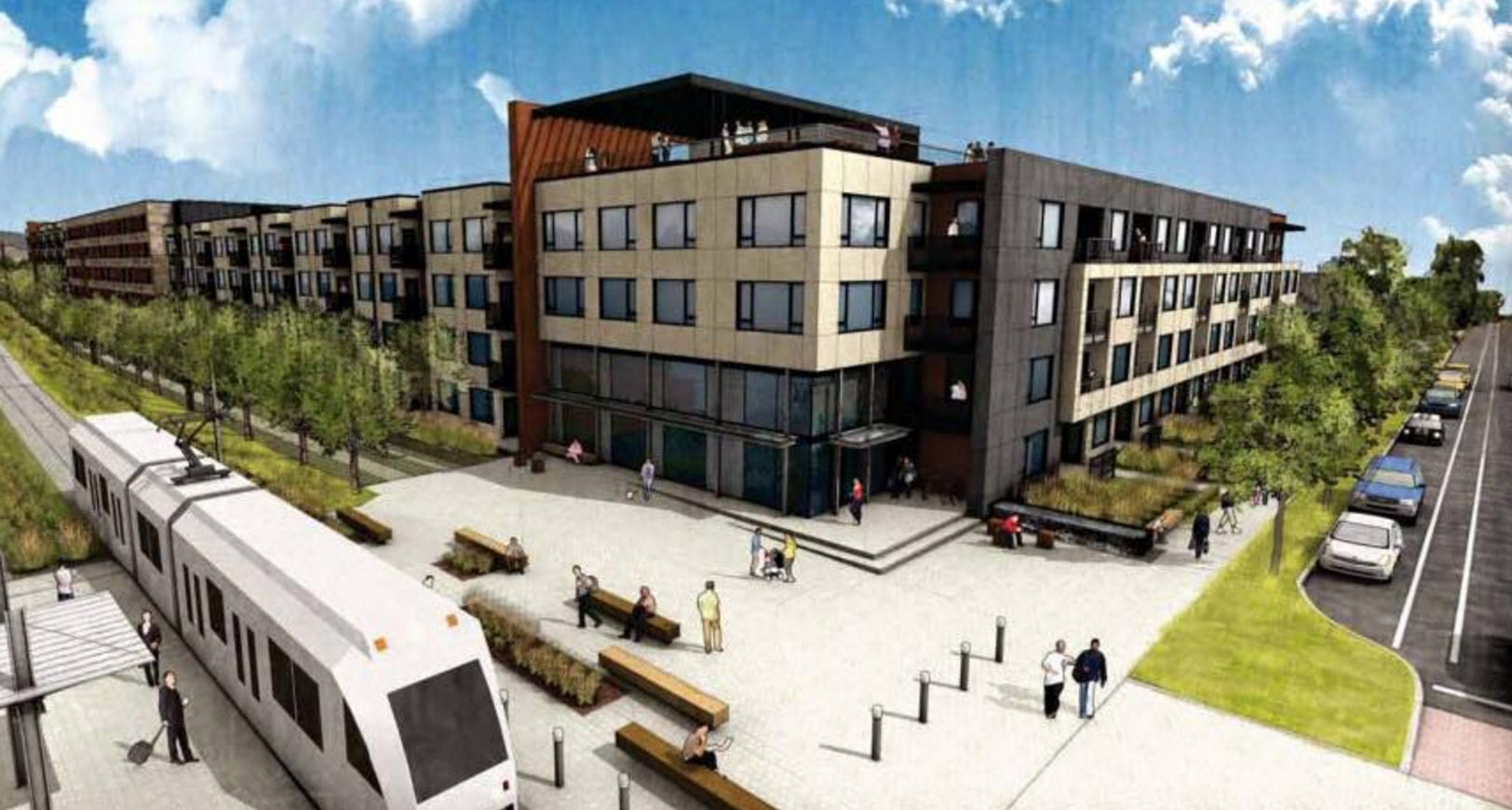 The city of South Salt Lake has long viewed the streetcar as a critical component to its downtown rebuild, the 235-acre area bounded by 2100 South and Interstate 80 and State Street and Interstate 15.  While the portion of the S-Line that runs through Salt Lake is mostly developed, the section that passes through South Salt Lake is underdeveloped with large warehouses lining much of the route between 500 East and 200 West.

Just outside of downtown, the first of several catalytic projects in South Salt Lake will soon start construction.  Demolition has begun on the old Zellerbach warehouse, directly south of the S-Line between 300 and 400 East, to make way for a large multifamily development.

The developers, Zellerbach Property, propose building a four-story residential building with 292-units on a nearly 5-acre parcel.  According to planning documents, the project will include a mix of unit types, with 23 studio, 100 one-bedroom, 154 two-bedroom and 15 three-bedroom units.  The ground floor will include six public entrances, two of which will be lobby entrances, and 44 units with private residential stoop entrances.

The project will be 700 feet in length, taking up the entire north side of the block.  To break up the building’s impact at the street level, the development will be broken up into three sections with courtyard space.  The project includes a parking structure with 386 stalls.  On-street parking will also be available on a private drive directly south of the development and on 300 and 400 East.

According to Bob Boileau, of Myhre Group Architects (MG Architects), the landscaping will be designed to blend into the S-Line greenway.

The Zellerbach development is in the East Streetcar Neighborhood.  The streetcar district consists the four blocks of the S-Line between 500 East and State Street.   City planners only included the parcels that are vacant or have an industrial use in the planning area, excluding adjacent single-family lots on Wentworth Avenue between 300 East and State Street.

The included parcels in the East Streetcar Neighborhood are zoned under a form-based code (FBC), that city leader hope will make the area “a vibrant, walkable neighborhood” that connects both Downtown South Salt Lake and Sugar House.  The zoning seeks to ensure that new development engages the streetcar and greenway, under the FBC, projects in the East Streetcar corridor that front the S-Line must have an entrance for every 75 feet.

The Zellerbach project is one of two proposed multi-family developments along the S-Line.  ICO Multi Family Holdings plans to build the Ritz Class Apartments, a five-story 287-unit mixed-use residential development at the site of the former Ritz Bowling Alley on 2200 South block of State Street.