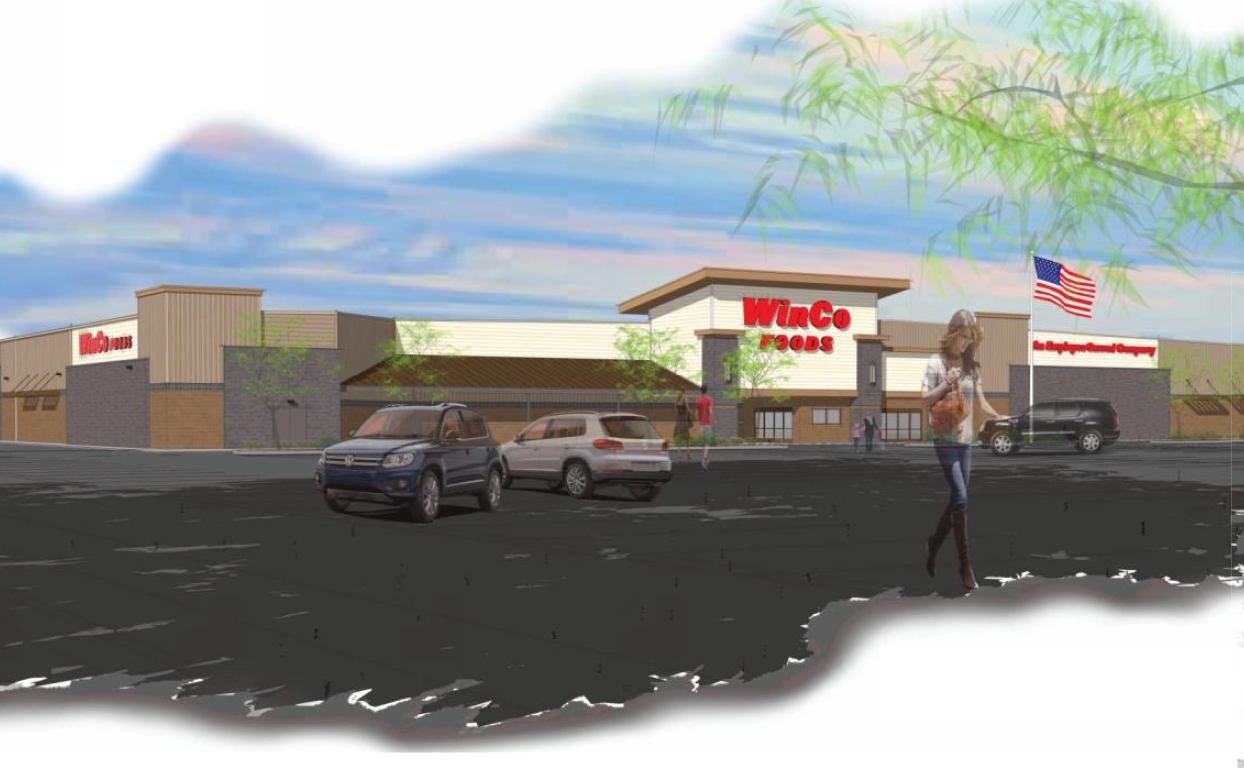 Nearly a decade of planning and surviving the Great Recession, a downtown district is finally beginning sprout in South Salt Lake.   Last week Mayor Cherie Wood announced that the city has secured an anchor for its downtown, WinCo Foods will open an 85,000-square-foot grocery store on the 2100 South block of State Street.

South Salt Lake’s downtown corridor encompasses the area between 200 West and State Street and 2100 South and Interstate 80.  The city has labeled most of the area as blighted and has spent the past decade enticing development downtown.

The addition of a grocery store not only provides an anchor needed to attract more development, but the store will be located in the neighborhood considered a food desert, the area lacks a grocery store or access to fresh food.

The 2100 and 2200 South blocks of State Street are part of the Crossing Development, a plan area that the city hopes will serve as a catalyst for downtown development.  Plans for the Crossing, include the anchor grocery store, new storefronts and residential development, for the area bounded by State and Main Streets and 2100 South and Central Point Place (the S-Line streetcar line).

WinCo will occupy the center of the block with a mix of multi-family housing and commercial space proposed along 2100 South and additional single-tenant retail space fronting State Street.  The Crossing Development plans to engage both 2100 South and State Street by having active uses along both corridors.  Main Street appears neglected in current plans with surface parking proposed to front most of the street.

Cowboy Partners plans to build a 157-unit residential development called Liberty Crossing.  The project will take up the entire south side block along Central Point Place between and State that will consist of a mix of studio, one and two-bedroom units.  Liberty Crossing is one of the several projects designed to interact with the S-Line streetcar.

According to city documents, the Crossing Development includes a second residential project would include 120- units and would be built in a later phase.

This is the second time that South Salt Lake officials have planned a large mixed-use development on the 2100 the block that the proposed Crossing Development will occupy.   A decade ago, the city hoped to create a vibrant downtown with the proposed Market Station development that would have included residential towers up to 25 floors.  That project stalled after the Great Recession hit.

South Salt Lake’s Downtown district the most accessible areas in the region.  The neighborhood is within blocks of both Interstates 15 and 80 and is one of the best served by public transit.  The district is accessed by all three TRAX lines, the S-Line streetcar and two high-frequency bus routes, the 200 and 21 routes.