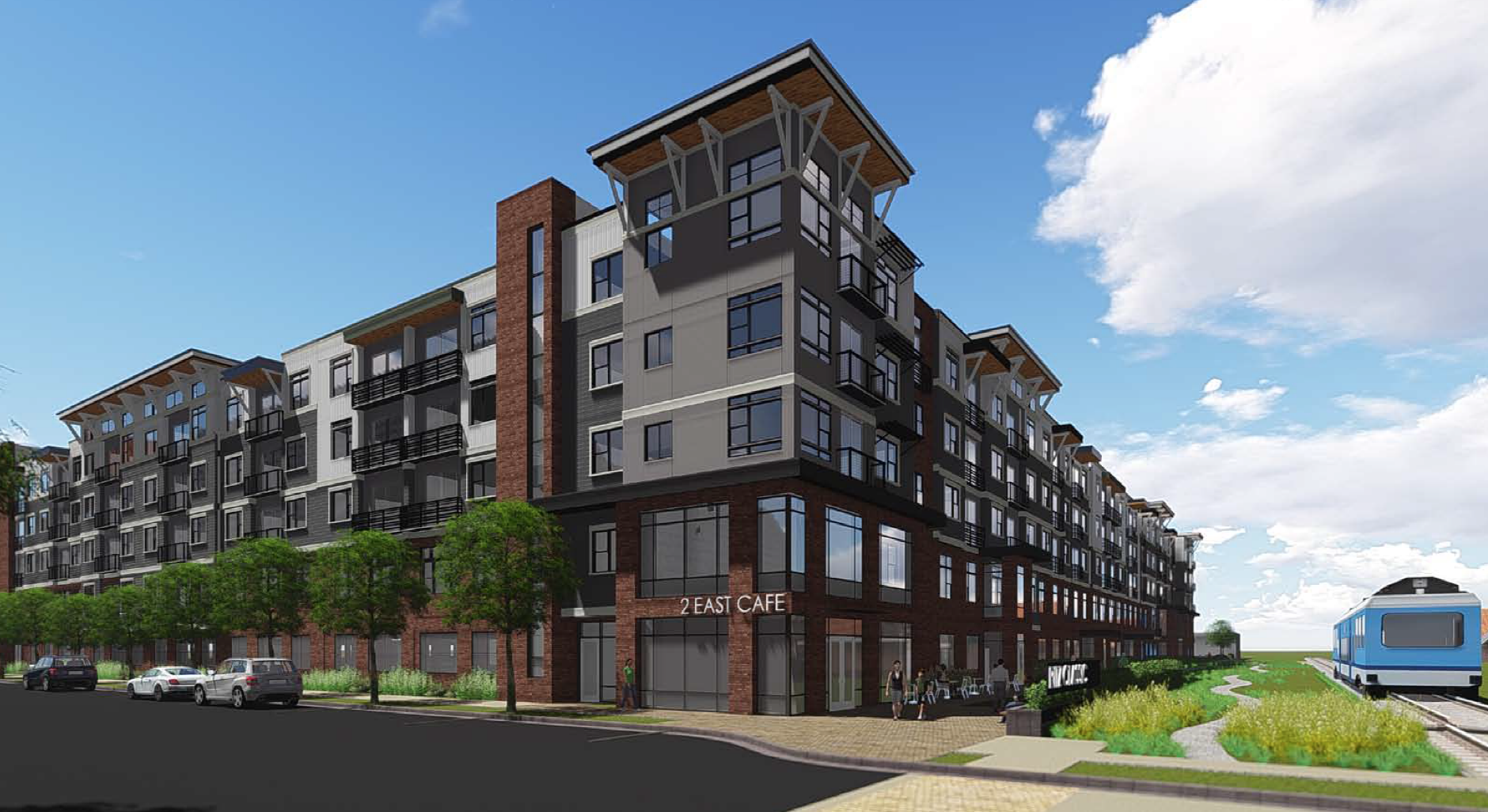 The S-Line streetcar has spurred over $400 million of development in the Sugar House Business District surrounding the terminus of the streetcar line.  Now nearly two years since the streetcar officially opened, economic development brought by the S-Line has reached South Salt Lake.  ICO Multi Family Holdings, plan to build the Ritz Classic Apartments, a five-story 287-unit mixed-use residential development at the 2200 South block of State Street.

The block-wide development is part of the East Streetcar Neighborhood Zone and would front both State Street and 200 East.  The entire north side of the project will front the S-Line streetcar and greenway.

The project occupies 4.11 acres and replaces the historic Ritz Bowling Alley that closed earlier this year after its owners declared bankruptcy.  The Ritz opened in 1958 and is known for its neon bowling pin sign visible from both State Street and Interstate 80.  Developers have promised to preserve the iconic sign.

The project will be significantly taller than the adjacent buildings.  The development is one of the several mid-rise projects in the works for South Salt Lake’s downtown area.  The City plans to build up its downtown in the area between West Temple and 200 East south of 2100 South.  The downtown area has two streetcar stations and a TRAX station.  The neighborhood is currently dominated by light industrial and fast food restaurants.

The Ritz Classic Apartments were designed by Think Architecture.  The development’s exterior materials will include a brick veneer along the first two floors and cementitious fiberboard with stucco accents on the corners.  Under the FBC the neighborhood, stucco can not exceed 20 percent of a project’s façade.