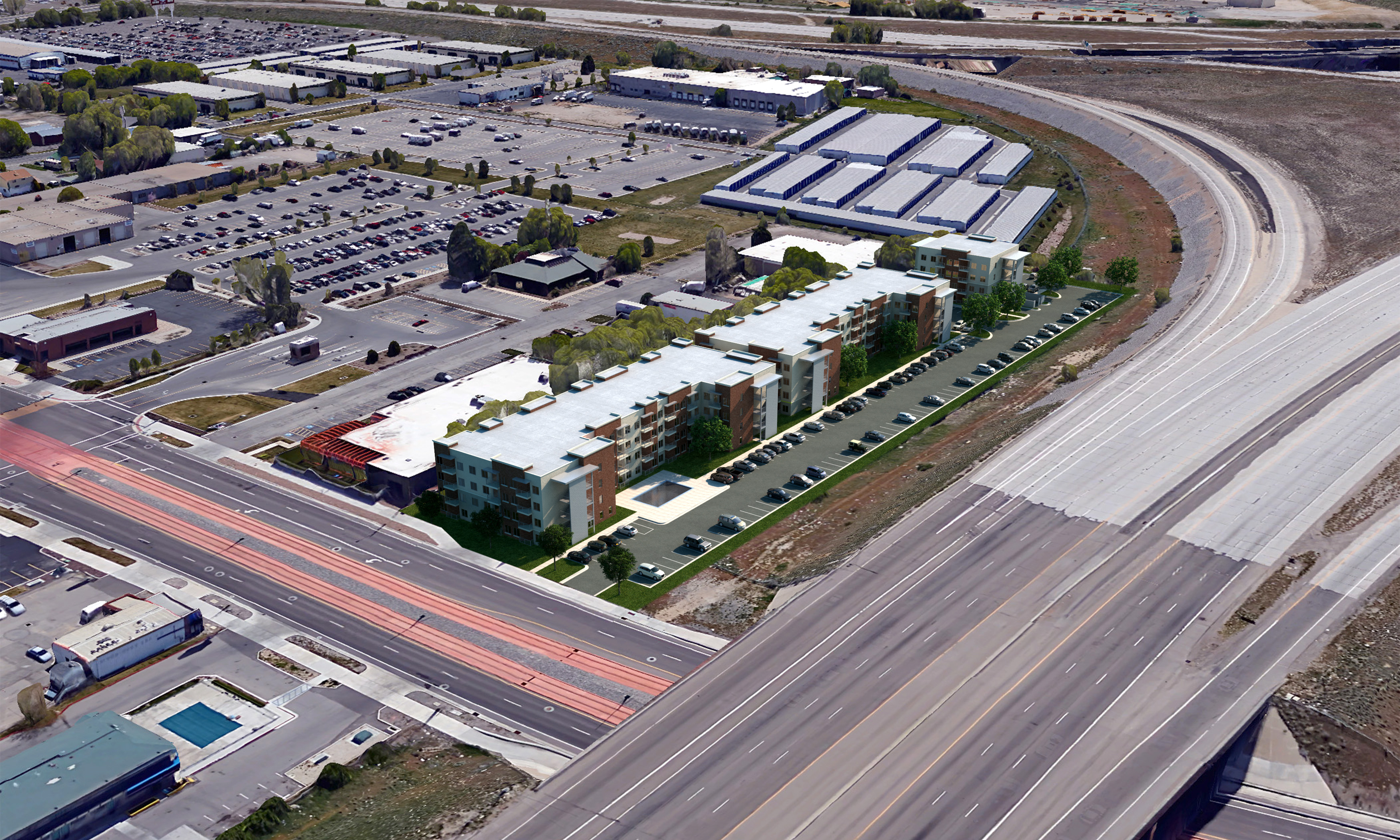 The project, the North Temple Flats, replaces the former Sleep Cheap Motel and a small mobile home community on the 2000 West block of North Temple.  The development is one of the several residential projects underway in the area surrounding the 1940 West TRAX Station on North Temple.

“The TRAX is a huge part of what we look for,” said Rusty Snow, the vice president of Summit Housing Group, the developers of the North Temple Flats.

“We took the extra step with the amenities to ensure that the both the market-rate and affordable units are competitive,” said Snow.

According to Snow, the demand for parking is lower with affordable housing projects.  Snow cited the Ballpark Apartments which have 50 parking stalls for 62 units and the parking is only 50 percent occupied.  The North Temple Flats will have 0.93 parking stalls per unit.

The North Temple Flats is one of three projects under construction within a block of the 1940 West North Temple TRAX station.  The other two projects, the West Station Apartments phase two and the Orange Street Apartments, will be market rate developments.