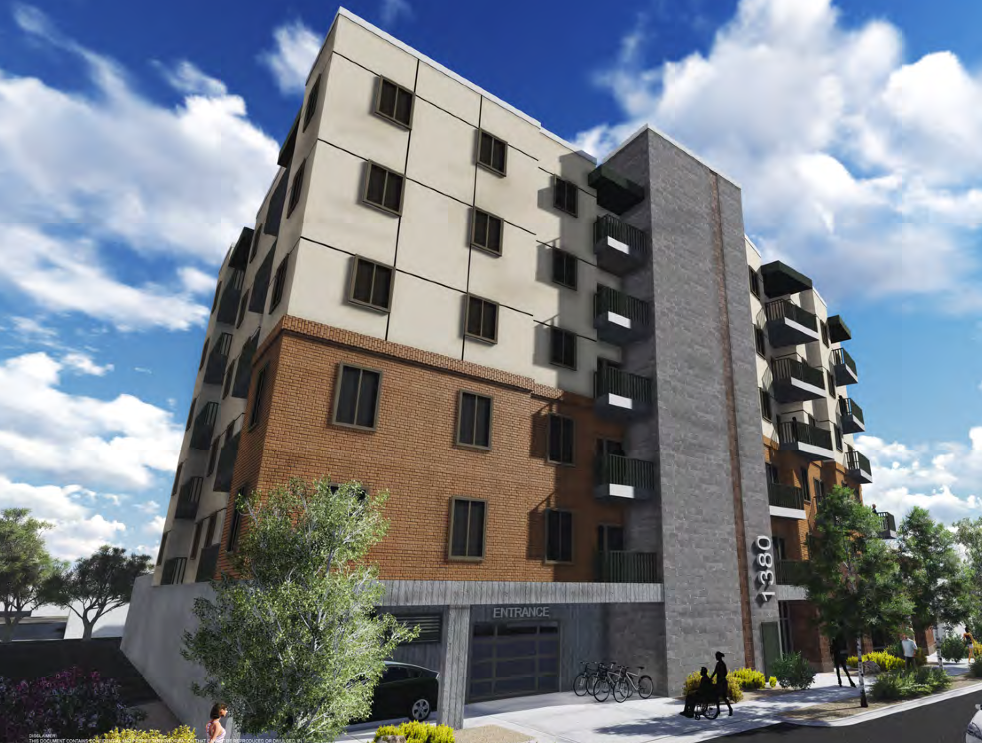 Salt Lake City and community leaders officially broke ground Tuesday for the Ballpark Apartments, an affordable housing development reserved for residents over the age of 55 years, in the Ballpark neighborhood.

“This was a really difficult project to get started,” said Rusty Snow, the president of Summit Housing Group Inc., the developers of the Ballpark Apartments.

The project took nearly three years to get to its current construction phase.  Because of the project’s proposed higher density, two lots needed to be consolidated and zoning clarification was needed several times.  Developers cleared the final hurdle in November when the Planning Commission granted a zoning exception from the 30-foot rear yard setback.

The six-story, 62-unit multifamily development replaces a vacant lot at 1380 South West Temple.  The development is unique in Salt Lake City for its residential unit to parking ratio, at one parking space for every two units.  The project maximizes lot space, being built up to the sidewalk at both West Temple and Albermarle Avenue.

“We really think think this neighborhood has a lot of potential,” said Snow.

The city has long wanted to see the redevelopment of the Ballpark neighborhood.  In 1993, the city, through the Redevelopment Agency, replaced the aging Derks Field minor-league baseball stadium with a new 15,500 capacity ballpark that the RDA hoped would be a catalyst for development in the neighborhood.

The ballpark didn’t initially encourage much adjacent development.  But over twenty-years later, interest in the Ballpark neighborhood is growing.  The neighborhood has many desirable amenities for developers: a busy TRAX station, proximity to downtown and easy access to the freeway.

While a large privately funded development has yet to be announced, there are several residential projects under construction in the neighborhood.

In addition to the Ballpark Apartments, construction is underway on the Enclave Apartments,  a block east at 1400 South and 300 West.  The Enclave consists of four, three and four-story buildings with 251 residential units.  All of the units in the Enclave will be will income-restricted.

“This project is a great contributor to the 5,000 Doors Initiative,” said Salt Lake City Mayor Ralph Becker.   “There is a growing need in this city for affordable housing.”