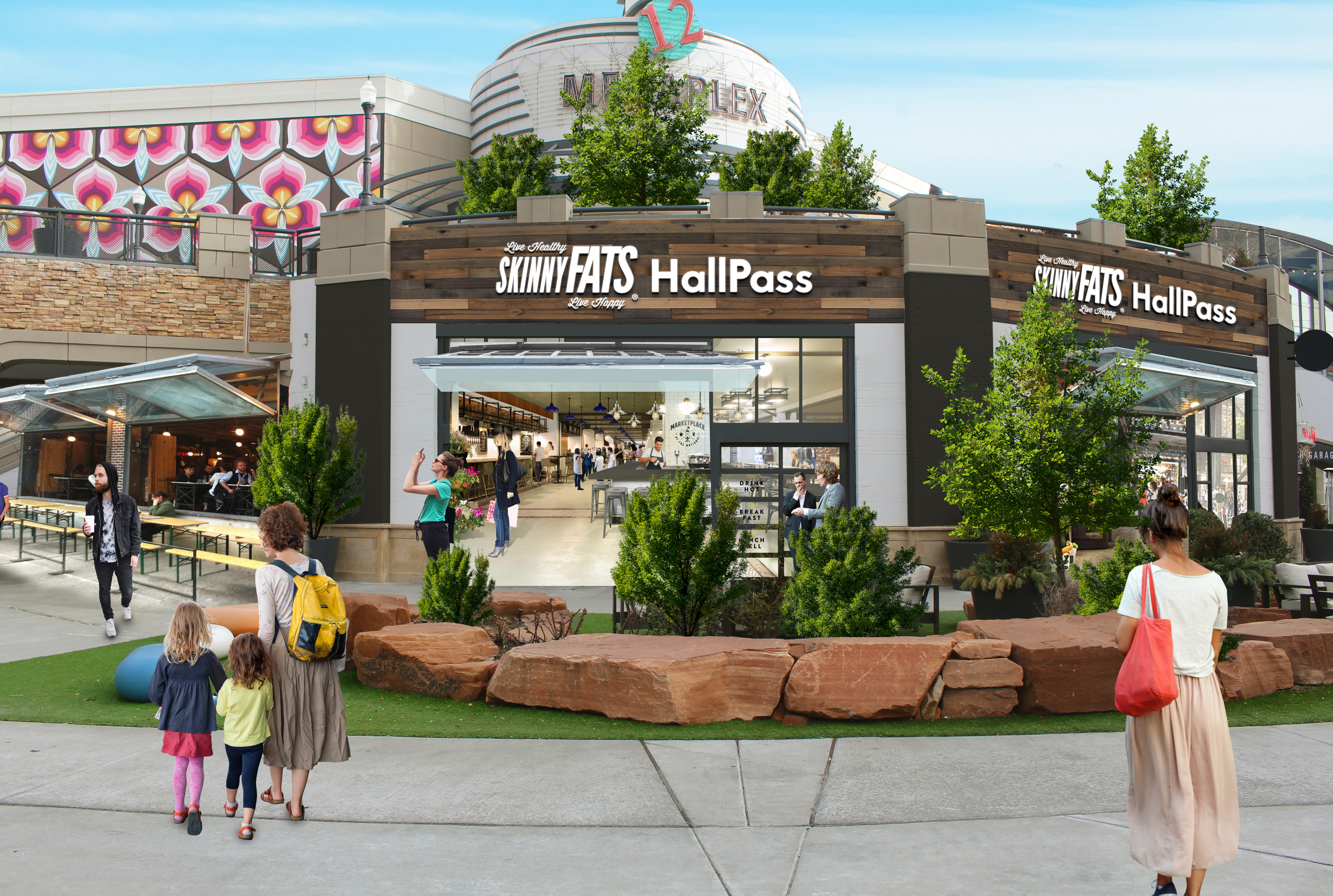 As Salt Lake grows, so does its food scene as 2018 is on track to be a very significant year for the city’s culinary offerings.  On Thursday, representatives from The Gateway announced that SkinnyFats, a Las Vegas-based “Live Healthy, Live Happy” restaurant, will open a food hall and wine bar in the southeast section of the mixed-use retail center.

The SkinnyFats food hall will open this fall and is one of several unique food experiences coming to the city in 2018.  The food hall will replace the area currently occupied by the Urban Arts Gallery, Happy Sumo and Sunglass Hut.

“We’ve seen the SkinnyFats concept go over in such a big way in Las Vegas,” said Reed Slobusky, founder of SkinnyFats, in a statement. “Now, we’re taking it to the next level by creating this cool, downtown food hall in Salt Lake City. With so much happening at The Gateway, it’s the perfect place to bring the idea to life.”

In addition to a new food hall, construction will start this year on the Container Park-inspired, Food Alley that will include a mix of restaurants and artist lofts at the northeast corner of the 800 South and State Street intersection.

Food Alley will consist of a mix of renovated buildings and new construction on an L-shaped 1-acre parcel that will front both State Street and 800 South.  The project will encompass 48,000 square feet with 17 ground-floor restaurants and 21 artist lofts on the second level.

SkinnyFats is one of three eateries slated to open at The Gateway in 2018.  Utah’s first Dave & Busters’ and MidiCi Neapolitan Pizza will open later this spring.  The establishments are part of The Gateway’s strategic rebranding from a mall to a mixed-use entertainment district that features a Megaplex Theatres, The Depot by Live Nation, Clark Planetarium, Discovery Gateway Children’s Museum and Wiseguys Comedy Club.

“It’s such an amazing concept, incorporating all of these restaurants in one place like this,” said Jenny Cushing, vice president of leasing at Vestar, in a statement. “There’s nothing else like this in the city, so when you factor in everything coming to The Gateway, SkinnyFats is sure to become a mainstay of our restaurant scene. We couldn’t be more excited for what’s next, and to be the first to bring it to Utah.”