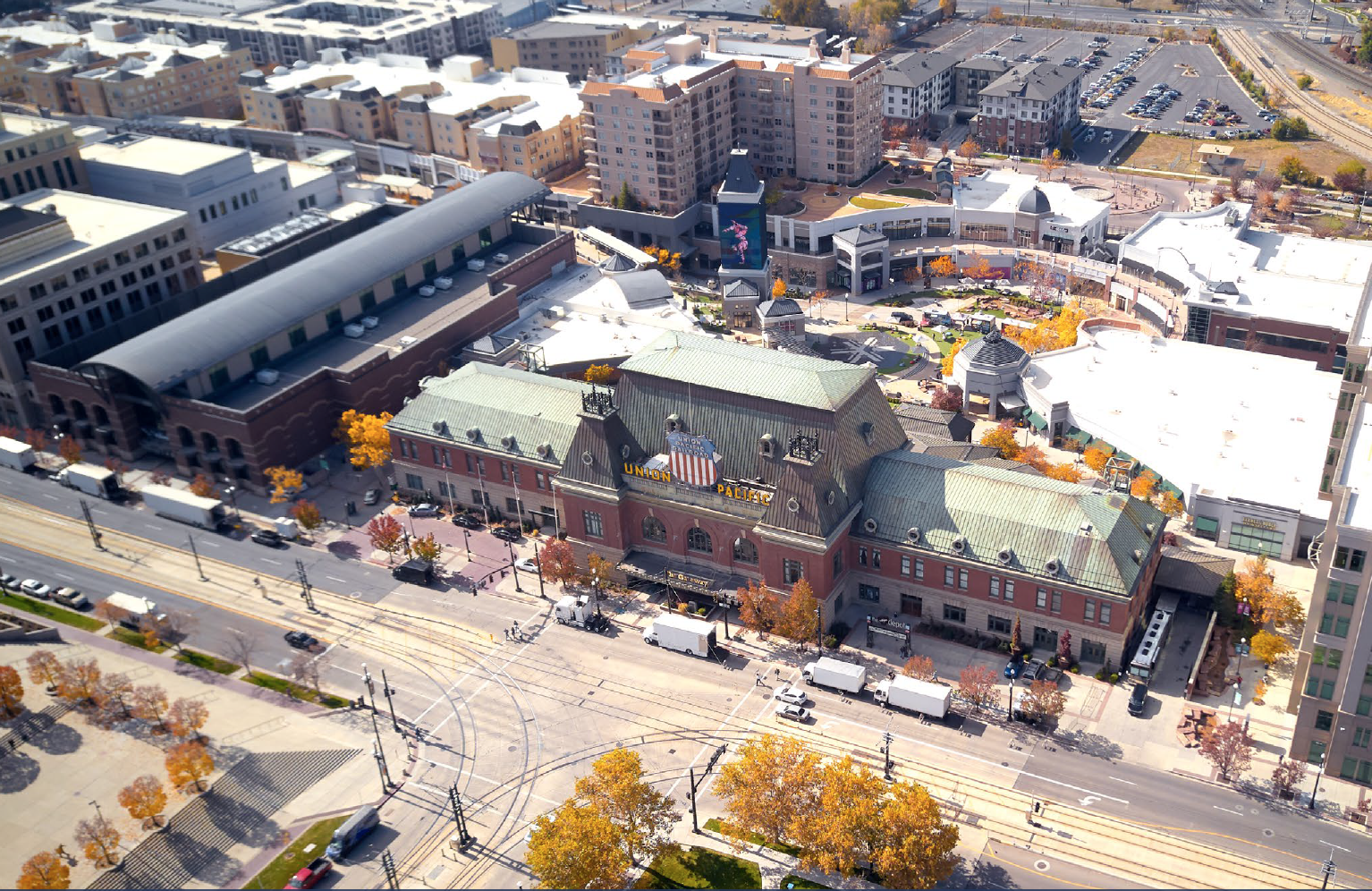 In the development community conversations about growth in 2018 tend to include a common theme, growing out-of-state interest in Salt Lake City.  The increasing presence of out-of-state firms can already be felt in the city, with residential mixed-use projects like 4th West, the Hardware District and the Morton and proposed downtown commercial towers like the Millennium Tower and the Patrinely Group’s twin 11-story buildings.

For leasing agents, Lance Pendleton and Andy Moffitt, growing out-of-state interest will also an integral part of The Gateway Mall’s revival at the western edge of downtown Salt Lake.  The agents handle leasing for through the firm, Mountain West Commercial Real Estate.

“It is a really easy pitch for out-of-state groups,” said Moffitt.

It was out-of-state interest that launched the mall’s current revival.  Two years ago, Arizona-based Vestar purchased The Gateway and has since then invested significant time and money into moving the mall’s focus away from retail with the goal of reinventing it as an arts and entertainment district.

Initially, changes to the area were subtle and new tenants were sparse.  According to Moffitt, the incremental growth is in part due to Vestar being very selective in the type of tenants they want to attract and that Vestar’s vision for the center would be a first for Utah.  “Nobody wants to be the first guy in,” he said.

But the rate of growth is changing as several new tenants will open in 2018 with even more have been announced.  Vestar is converting the former food court into a Dave and Busters and the Neapolitan Pizza Company will open up a pizzeria across from the Happy Sumo.

Late last year Vestar announced multiple new tenants including a new cafe from local coffee roaster La Barba and the biotech company Recursion Pharmaceuticals.  La Barba will occupy a space near the Olympic Fountain.  Recursion will move from the University of Utah’s Research Park into the former home of Dick’s Sporting Goods that Vestar will convert into over 100,000 square-feet of office space.

While new tenants announced in 2017 have been a mix of local and out-of-state companies most of the tenants expected to be announced this year will be coming from out-of-state, especially from Salt Lake’s neighbor to the east, Denver.

Both Moffitt and Pendleton cite Denver’s Union Square as inspiration for the type of tenants that would best fit the revised Gateway and have been working with their company’s Denver affiliate to find potential tenants. The team is in talks with several popular Denver nightlife destinations that are planning to expand to Gateway and would occupy spaces around the Olympic Fountain.

Moffitt notes that one hurdle for out-of-state businesses is navigating Utah’s liquor laws.  Vestar will join other groups this year to push for changes to state’s liquor laws during the 2018 Legislative Session.

Both men promise some big tenant announcements to be made this year as interest in The Gateway grows.  Some new tenants will include a 25,000 square-foot coworking space, a food hall with around 10 kiosks, several small tech companies and nightlight options not typical to the region.  Additionally, a four-star boutique hotel will occupy the former Union Pacific Train Depot building with additional rooms to be constructed to the west of the historic structure.

“Everyone wants to see The Gateway succeed,” said Pendleton.

Although not owned by Vestar, residential home builder, Woodside Homes will occupy 37,000 square-feet in the Six Gateway building directly north of The Gateway on 50 North.  The company will occupy the second and third floors in the four-story, 104,000 square-foot commercial office building.