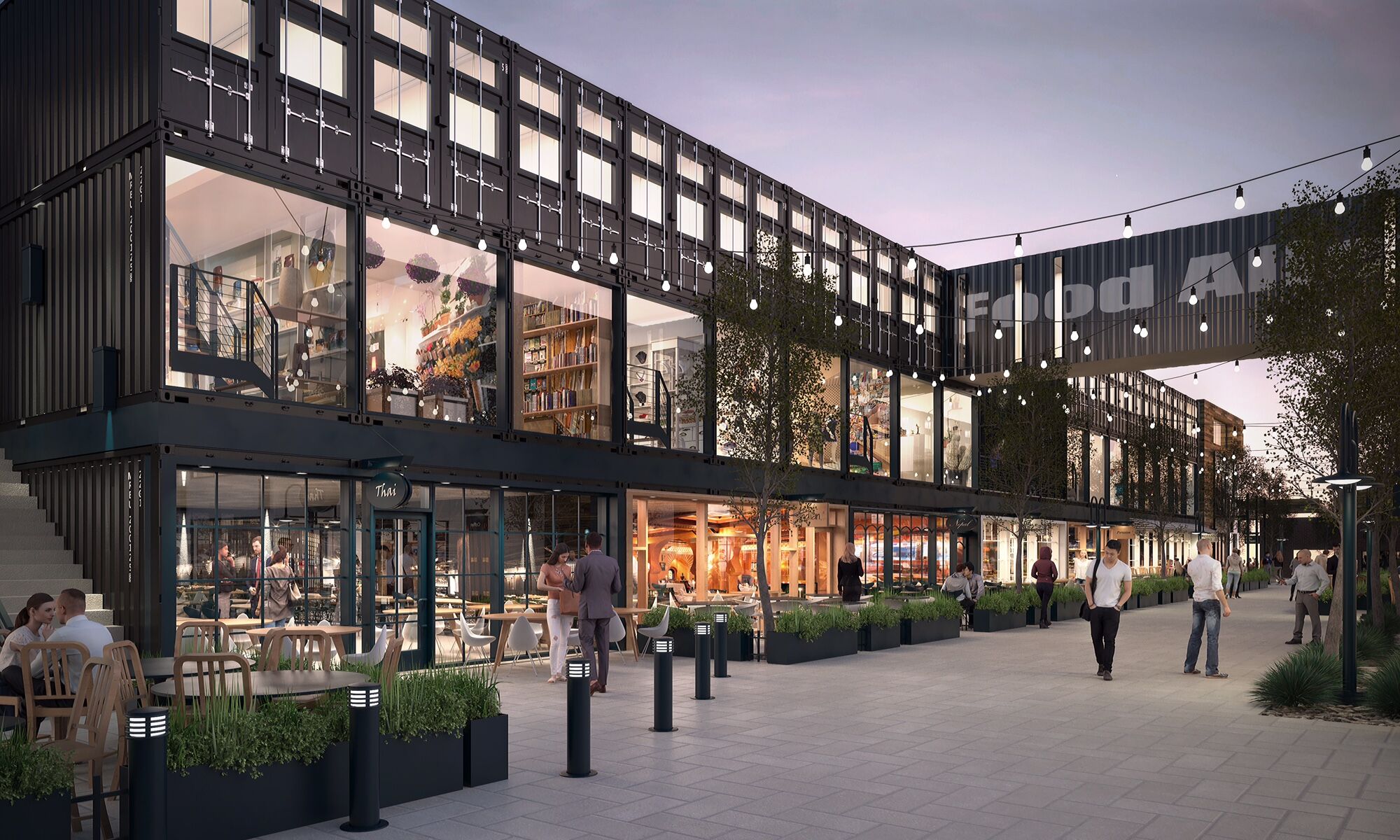 State Street’s revival is about to accelerate in a significant way.   Developer and restaurateur,  Sapa Investment, plan to build Food Alley, an eclectic mix of restaurants on the northeast corner of the 800 South and State Street intersection.

“Not only is there a need, but a want for a place like Food Alley,” said Mai Nguyen, CEO of Sapa Investment Group. “People need diverse places to eat, a community where they can gather and interact, and Food Alley will be an ideal destination to gather, socialize and enjoy food and arts that people in Utah may not have access to elsewhere.”

Food Alley will consist of a mix of renovated buildings and new construction on an L-shaped 1-acre parcel that will front both State Street and 800 South.  Altogether the project will encompass 48,000 square feet with 17 ground-floor restaurants and 21 artist lofts on the second level.  Most of the new construction will consist of nearly 80 shipping containers that the developers have been acquiring over the past few years.  Nguyen and her family were inspired by places like Container Park in Las Vegas in designing Food Alley.

“We thought that (the containers) would be a great way to creating an intimate, modern and creative space,” said Nguyen.

Both the renovated and new construction buildings will front a private walkway that will connect State Street to 800 South.  The shipping containers will have floor to ceiling windows that will open up to the walkway and outdoor dining areas.

Sapa Investment is a family-operated company.  The Nguyen’s immigrated to the United States from Vietnam three decades ago and own five companies in the county, including the city’s first Pho restaurant.

The family will reserve five to eight restaurant spaces for local emerging restaurateurs through a partnership with the Spice Kitchen Incubator, a project of the International Rescue Committee (IRC) that helps refugees develop food businesses.

“We are giving opportunities to people that have a passion and want to open a restaurant but don’t have the capital or business acumen,” said Nguyen.

Several anchor restaurants have already committed to spaces in Food Alley including an Italian restaurant, sushi bar, ramen shop and beer bar.  Food Alley will include pop-up space for traveling chefs who want to showcase their work in Salt Lake City for several weeks at a time.

Nguyen hopes the project will attract chefs from around the country and beyond.  Food Alley will have pop-up space for traveling chefs who want to showcase their work in Salt Lake City for several weeks at a time.

Food Alley is just one of many dining and nightlife options to come to the State Street corridor in recent years.  The development will be a block of two breweries, Epic and Proper, and the recently opened Purgatory bar.

The project could be the first of several new developments in the area.  On Monday the Sears store, directly across the street from the site of the Food Alley, closed its doors making almost 9 acres available for redevelopment.