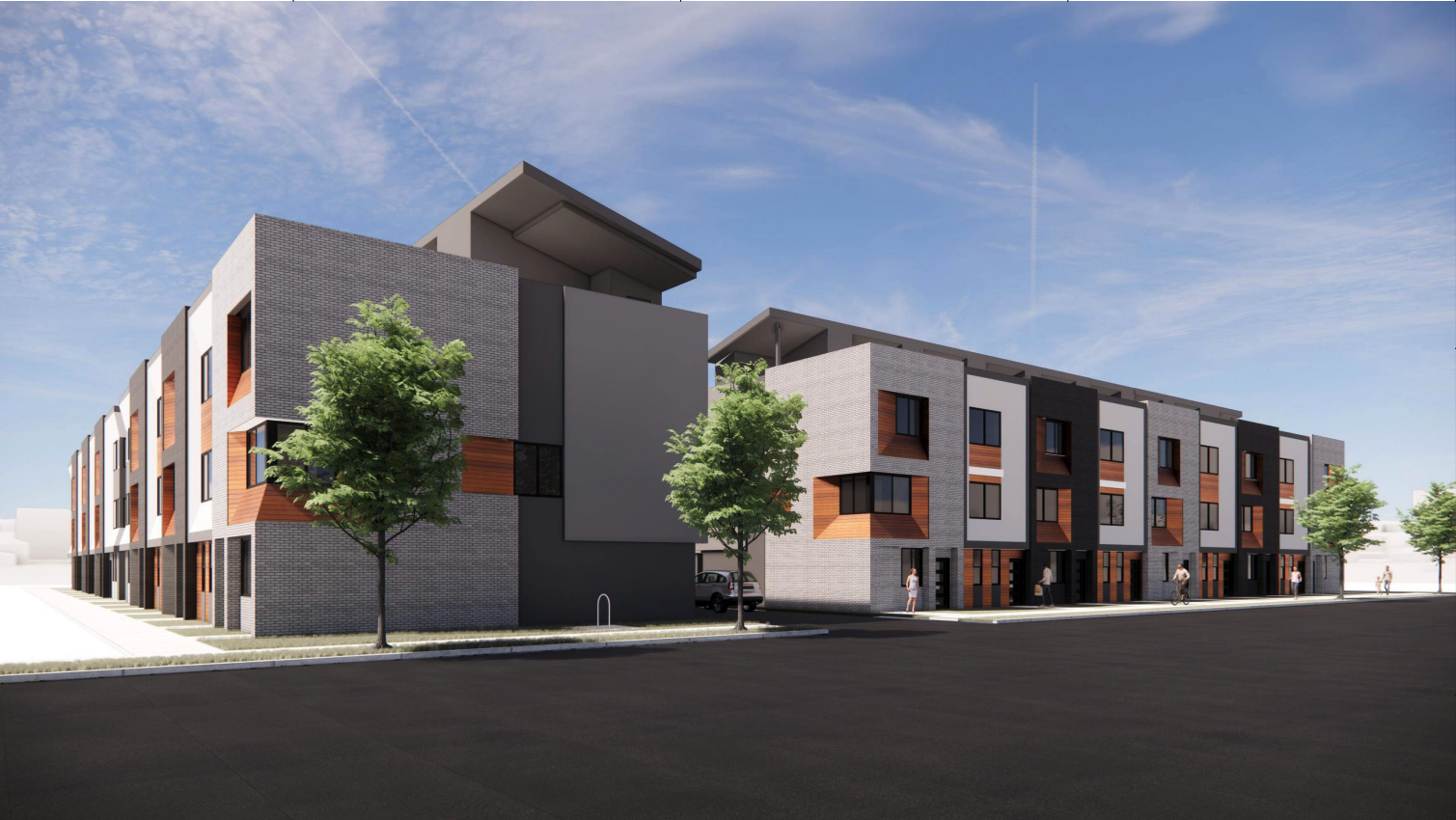 Developers continue to show interest in Salt Lake City’s Ballpark neighborhood, with the latest proposal to bring 47 rental townhomes to the neighborhood.

The Row at Ballpark would replace a warehouse formerly home to an organic food store, at the northern entrance to the city’s Costco, at 367 W. 1700 S.

If approved and built, the new townhomes would be the neighborhood’s first multi-family housing construction west of 300 West on 1700 South. They would also continue the trend of developers avoiding for-sale projects in favor of rentals.

Located on just over an acre of General Commercial (CG) zoning, the buildings would be set back on all sides by the required 10 feet. They would include two parking spaces for each of the 24 two-bedroom homes and one space for each of the 23 single-bed units (71 total).

[Members can easily track developments in their neighborhoods via our Projects List.]

The building flanking the big box retailer’s entrance would be oriented east-west, fronting 1700 South. An adjacent building oriented north-south wouldn’t, and would instead face vacant land owned by Costco. (The retailer owns about 3 acres of largely unused, vacant land north of its primary building.)

“The Row is a 47-unit for rent urban townhome development project in Salt Lake City. The site is extremely well located adjacent to Costco, and other retailers and has easy highway access for travel in all directions,” Provo-based Blackfish Investments wrote of the project on its site.

1700 South is one of few east-west streets in Ballpark with no freeway interchange, making it slightly more walkable and bikeable compared to 2100 South, 1300 South and portions of 900 South.

The developers expect city approval in early 2022 and would begin with demolition and construction soon after.

Another apartment building is under construction on the northwest side of 1700 South and the TRAX line. That project will bring 237 rental housing units.

Are you a Building Salt Lake member? In addition to supporting independent journalism, members get access to all the exclusive features BSL has to offer, including a Salt Lake City projects map and database, plus enhanced search. Become a member today.