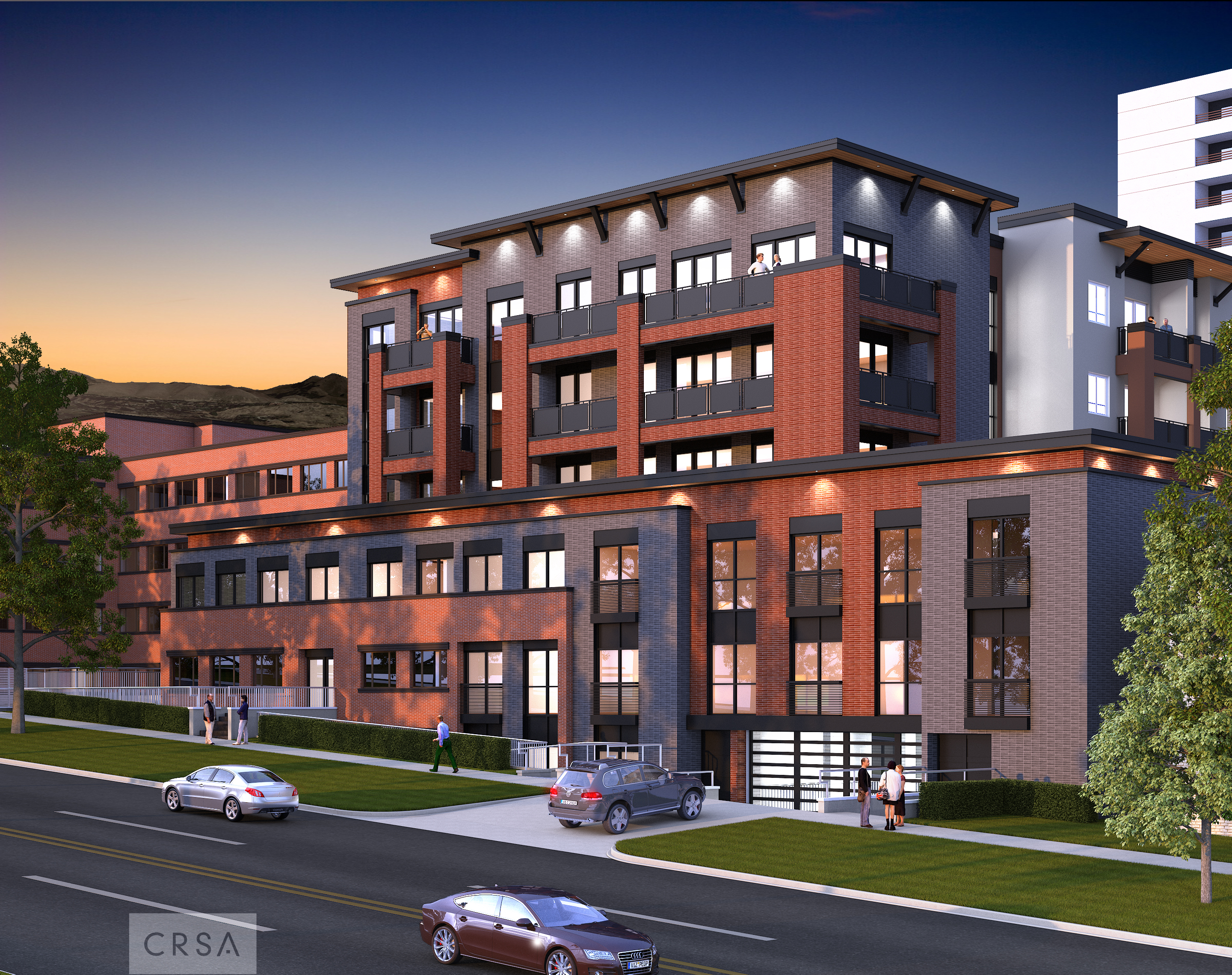 For a city with an unfortunate history of demolishing first and building (or creating a surface parking lot) later, each adaptive reuse can feel like a major victory.  And with the city facing its lowest rental vacancy rate in history, the more housing built the better.   Long-time suburban home builder, Ivory Homes plans to convert a former medical building and parking structure into a large multifamily residential development.

The developers, Ivory Homes subsidiary, ICO (Ivory Commercial and Multifamily) went before the Historic Landmarks Commission in April of 2016 for a two demolition and a new construction request for the proposed project at the southeast corner of the intersection of 500 East and South Temple.  The project straddles both the South Temple and Central City Historic Districts.

At that time the developers wanted to rebuild the parking structure, construct a nine-story residential project and convert the medical building into apartments.  The previous proposal would required zoning exceptions for building height.

The updated proposal’s height is similar to the adjacent medical building.

The developers originally planned to build up to 117 feet, which would have required a zoning height variance.  The new proposal won’t need zoning variances as most the new construction won’t surpass 60 feet.

Earlier this month Huntsman presented the project’s updated plans to the Central City Neighborhood Council.  The developers plan to go before Historic Landmarks Commission in October for approvals for new construction and the demolition of a nonconforming structure.

The 508 South Temple development is one of the several projects in development or recently completed that includes the conversion of commercial or office space into much-needed housing. Last week, the Salt Lake City Planning Commission approved a planned development request for an adaptive reuse of the former Salt Lake Costume Building in Sugar House.  Like the medical building, the costume building has been vacant for some time and will be converted into mark-rate apartments.