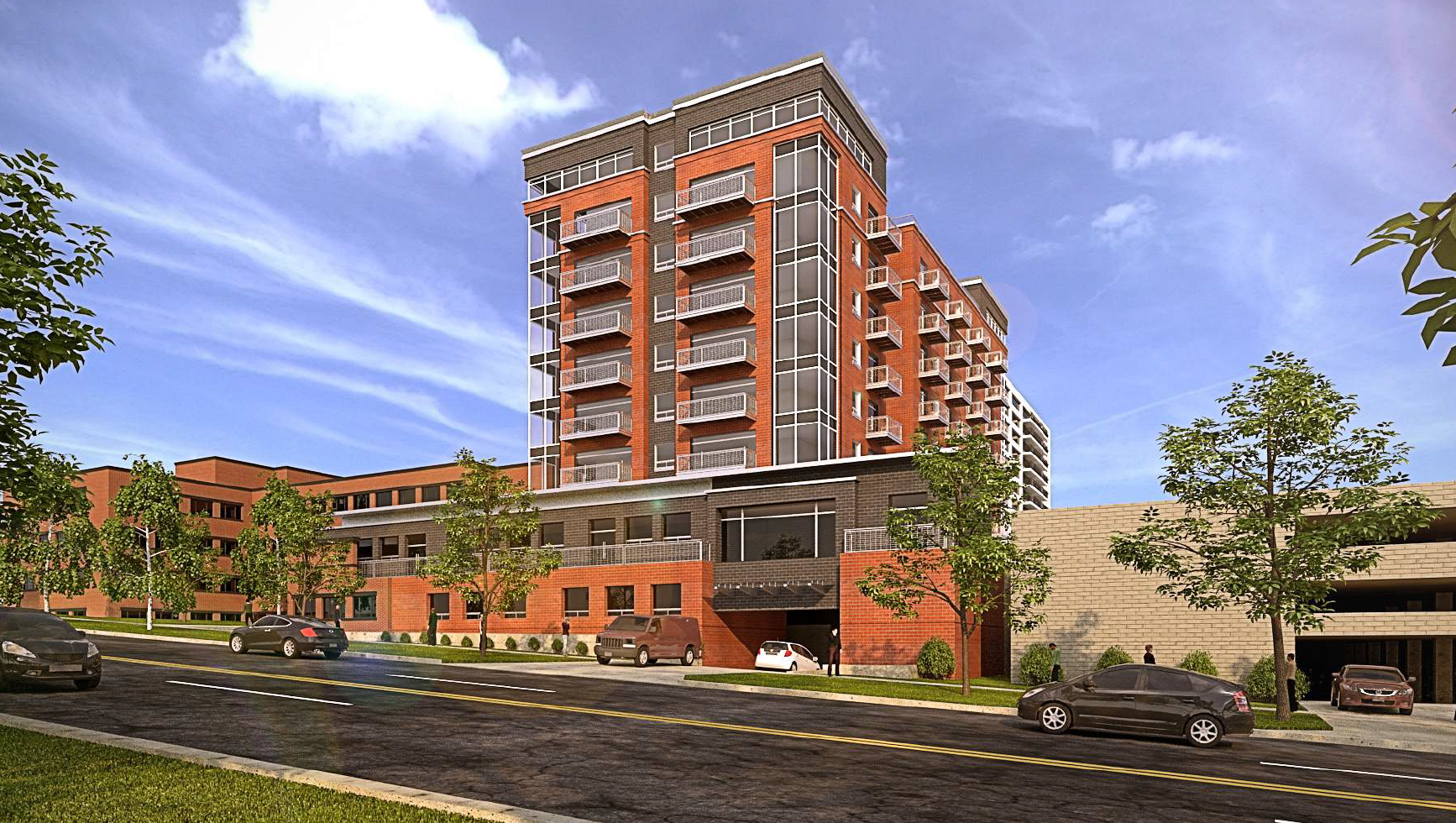 Basic economics teaches that in a healthy economy the supply goes where the demand is.  Ivory Homes, Utah’s most prolific builder of single-family homes, is associated with the sprawl that defined most of the residential growth since 1990 when Ivory Homes emerged as the dominant local builder.

Developers are adapting to changing housing needs as Millennials and Baby Boomers are moving back to city centers.  Ivory Homes is no exception, the company went before the Historic Landmark Commission board during its April meeting to request approvals to build a large residential development at 500 East at South Temple.

“It is an opportunity to create a type of residential housing that currently doesn’t exist,” said Wally Cooper of CSRA Architects.

The HLC voted to table the petition to a future meeting.  The developers need three separate approvals before construction can begin.  The commission appeared to support two of the three requests: approval to demolish a mid-block parking garage and the adaptive reuse of the 4-story office building at the 500 East and South Temple intersection.

The commission had concerns with the third request, a height exception and new construction approval for a residential tower that would be built above a new parking structure, using the same footprint as the current garage.

The site is zoned RO (Residential/Office) and straddles the borders of both the South Temple and Central City Historic Districts.

According to Cooper the project will appeal to a higher end market.  Cooper argued that the project needs the additional height to provide upper end access units that will bring in higher rents.

The current proposal calls for 139 residential units with 42 units in the existing office building and 97 units in the new construction tower, including four live/work units that would occupy the front section of parking structure on 500 East.

According to Cooper, the project isn’t economically feasible without the tower and that going down to 90 feet would lose two floors.  Cooper told the commission that because because building heights above five floors are required to be steel-framed, the extra floors are needed to help recoup the extra cost of building with steel.

The proposed ICO development was one of two South Temple projects before the HLC during its April meeting.  The commission approved a revised proposal for the Hardison Apartments, directly across the street from ICO’s project, at the southwest corner of the 500 South and South Temple intersection.

As with the ICO development, the Hardison is being developed by a company typically known for building single family homes in the suburbs.  The Hardison is the second multi-family development proposed by Garbett Homes in Salt Lake’s urban core.  Garbett is currently building the six-story 360 Apartments across from Pioneer Park on 400 West, that project includes 151 units in five floors of residential units above a parking structure.

While dozen of residents went before the HLC to speak for or against the Hardison Apartments, only two residents addressed the ICO proposal.  Both residents criticized the project arguing that the proposed residential tower would block their views of the downtown skyline from their condos in the 12-story Governors Plaza, on the 500 East block of South Temple.

Cooper acknowledged that the new tower would block western balcony views of residents of Governors Plaza, but he argued that those same units have balcony views to the east and south that won’t be impacted by the project.

The proposed 139 residential units will be rentals, but according to Justin Earl, of ICO, the apartments will be built to a condo spec to allow them to later be sold as condos as financing for owner-occupied units becomes easier to obtain.

The commission members voiced appreciation for the project’s concept but decided to table the proposal and hold a special work session with the developers to allow for more direct input from the HLC and city planners.

*This post has been updated to reflect the correct address of the 1950s era office building.