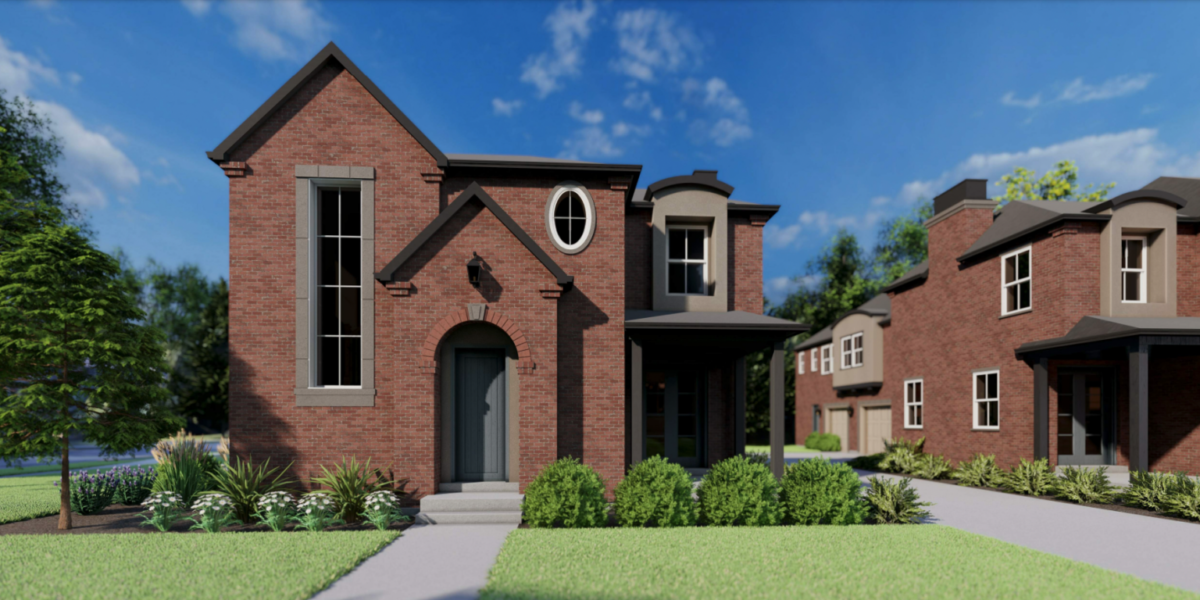 Membership sale. Get access to exclusive site features, like our Salt Lake City Projects Map and Database, our Enhanced Search function and first dibs on future events at a discount through June 21. Consider becoming a member to Building Salt Lake today.

The Capitol Park Cottages — the focus of a yearslong fight over rezoning a parcel in the Upper Avenues — will return to the Salt Lake City Planning Commission on Wednesday.

It is the only item on the agenda, and will likely become a standoff between Avenues residents fighting to prevent more housing from being added in the neighborhood versus any pro-housing advocates who might show up on Wednesday night at 5:30 p.m.

Ivory Homes, Utah’s largest homebuilder, has long sought to develop vacant land at 675 North F Street into 19 detached single-family homes. Fourteen of those would be accessed by a new internal street and would include an accessory dwelling unit (ADU), designed for multiple generations of families to live in the same household, when they are built.

The five other homes, which would have driveways connecting to F Street on the east side of the property, would be custom-built and may or may not end up including ADUs. The development would also include a small private park and a guest parking area.

Current zoning would allow for 11 single-family units, with each allowed to have an accessory dwelling unit, meaning that Ivory’s plans call for at least 11 more separate dwelling units more than what would be allowed by right. That slight increase in the number of units on the 3-acre site has attracted opposition from some in the neighborhood.

A group of Avenues residents has persistently fought Ivory’s efforts to rezone the property, leading to an anti-rezone Facebook group called “Preserve Our Avenues Zoning” and dozens of yard signs reading “NO IVORY HOMES RE-ZONE” scattered across the Upper Avenues.

Undeterred by the opposition, Ivory will again ask the planning commission to rezone the property from FR-3/12,000 (Foothills Residential District) to the SR-1 (Special Development Pattern) zoning district at the commission’s June 22 meeting.

FR-3/12,000 zoning requires homes to have more than a quarter-acre lot, or about 3.7 homes per acre. The proposal would be about 10 units per acre, or just under the R-1-5000 zoning that’s common across the city.

Ivory wants to change the site’s zoning to SR-1, which aims to preserve older homes that are predominantly one- and two-family dwellings, and that have a variety of yards, lot sizes and building types.

Ivory also wants to amend the Avenues Community Master Plan such that the plan’s future land use map would include the SR-1 zoning for the parcel. The final decision on both items would rest with the City Council.

“We look forward to reaching this first milestone in our project,” Ivory representative Peter Gamvroulas, who is overseeing the Capitol Park Cottages project, told Building Salt Lake in an email. “Our request to redesignate the property from Very Low Density to Low Density is modest in nature but opens up the opportunity for more diverse and more broadly attainable housing options on the site.”

Ivory initially asked for a rezone to form-based zoning for the site in June 2020. That application planned for 25 detached units. But after that proposal received pushback from the neighborhood, Ivory scaled back their proposal to include 19 homes on the lot, asking again for a rezone in January 2021. Ivory revised the plan again and submitted a new application in March 2022.

Previously, Ivory sought a planned development approval for the site, as well as a preliminary subdivision plat, but those aren’t on the planning commission’s June 22 agenda.

Applications for both items need more details to make sure that they comply with zoning height regulations, according to Salt Lake City Senior Planner Daniel Echeverria, who is assigned to the project.

Because those details are missing, those plans are considered incomplete, but may come before the Planning Commission later, Echeverria added. Ivory asked to move forward with the zoning change and master plan amendment applications without the other two items, he said.

It’s not clear when Ivory will ask for those changes again. Gamvroulas confirmed that the company decided to divide the applications since they are still working with the city.

In short, the rezone and master plan amendment requests are more broad, while the planned development and subdivision plat applications narrow down what can be built on the lot.

Ivory first needs to secure a rezone and master plan change, after which point it can seek the planned development and subdivision plat approvals, which would divide the site into the 19 individual lots that Ivory would then be allowed to build individual homes upon.

In its applications, Ivory noted that it’s committed to addressing Utah’s housing crisis.

“Our housing shortage has remained one of the most serious problems facing the state,” Ivory wrote in a previous planned development application, citing figures from the Kem C. Gardner Policy Institute indicating that Utah has a housing shortage of tens of thousands of units. “The only way to alleviate the housing gap is to build more homes and ease the strain on the housing markets.”

The developer went on to say that its approach to the Capitol Park site is an attempt to help with that problem.

“While developing and building this property with multi-million-dollar homes would be easy for us to do, we see this as an opportunity to do a demonstration project of sorts, designing and building ADU’s up front and adding more housing at the same time,” Ivory reps wrote.

The site is bordered on the north by Northpointe Estates, a gated condominium community, on the west by the Capitol Park neighborhood, mostly single-family homes on large lots, and on the east by the Upper Avenues, which is predominantly one- and two-family homes. To the south lies The Meridien, a five-story condominium development.

Still, neighbors have said Ivory’s proposal is inconsistent with the neighborhood’s character, and that it would add too many cars to the neighborhood. The Preserve Our Avenues Zoning group contends that the site should be developed under the current zoning.

A robust amount of opposition to the rezone should be expected at the June 22 meeting.

“This is the only item on the agenda that night. They expect a lot of citizen participation. Let’s give it to them!” the Protect Our Avenues Zoning group wrote in a June 9 Facebook post. “We want everyone who can to attend the meeting to help us oppose this rezone.”

The application could have bigger implications for the city’s appetite for accessory dwelling units (ADUs), or the homes that can be added within existing or new homes or in backyards.

Salt Lake City is about to embark on updating its 2018 ADU ordinance that opened the door to a relative handful of ADUs being built in the city.

It’s possible this application could add fuel to the fire.