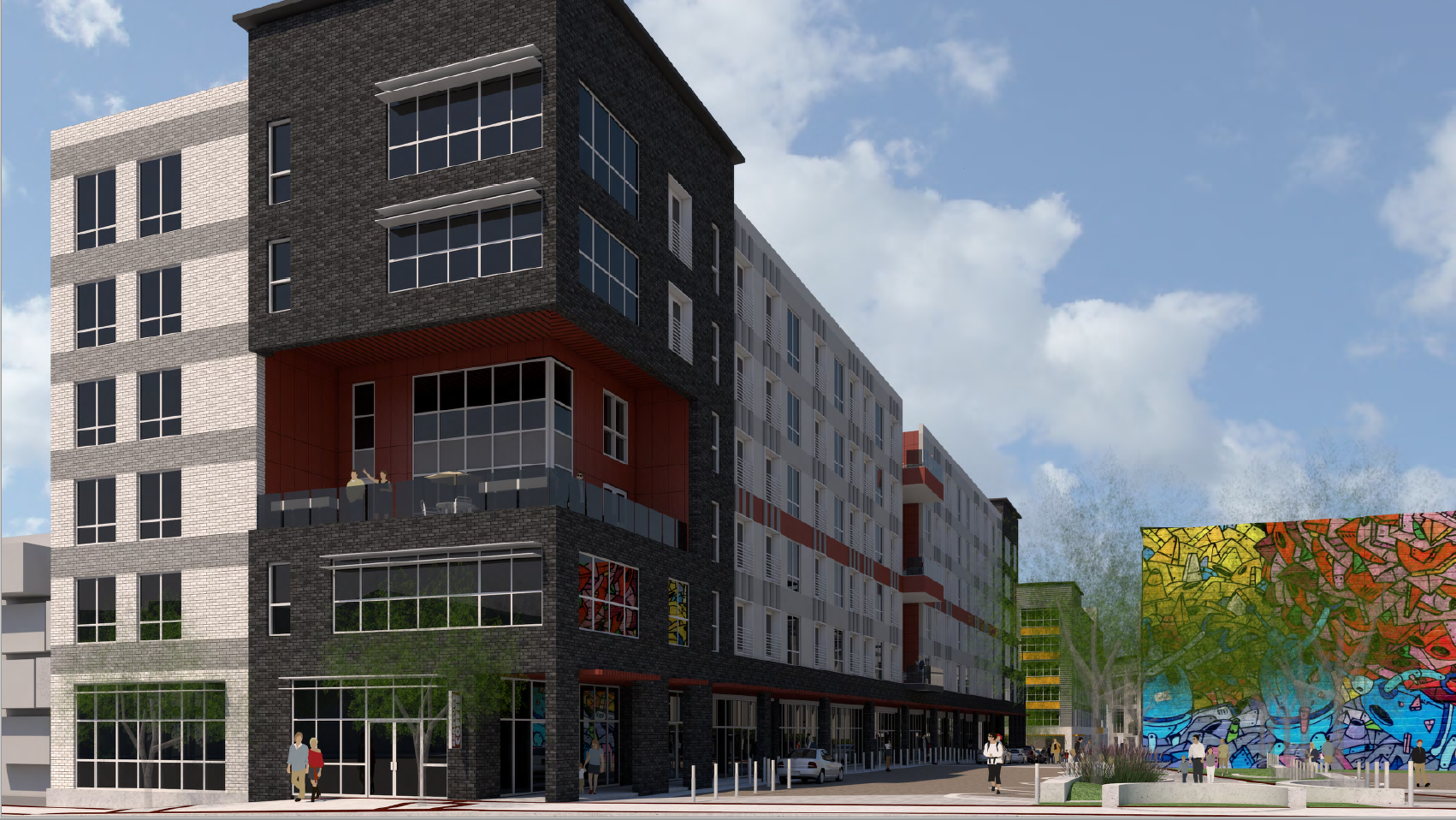 The area surrounding the intersection of 200 South and 300 West is continuing its evolution from a dead zone to a bridge between the downtown core and the Gateway District.  Development partners, Clearwater Homes and Peg Development, are ready to expand their presence in the area with the PaperBox Lofts, a proposed mixed-use development for the 100 South block of 300 West.

The developers have submitted revised design plans to the city in preparation for a public hearing with the Salt Lake City Planning Commission for a Planned Development request.

A landscaped plaza will separate the two larger buildings and each building will also front street-facing plaza at the east and west ends of the property.  The two buildings will have live/work walk-up units on the ground floor, but the building fronting 300 West will have one street-facing ground floor retail pad.

A smaller building will be just north of the larger two buildings and will be three stories with four,  two-bedroom units.

In January 2016 the City Council acting as the Board of Directors of the Redevelopment Agency of Salt Lake City (RDA) approved entering into an Exclusive Negotiations Agreement with the developers.  Under a revised agreement, the developers will need to reserve at least 36 units reserved for residents earning 60 percent of the Area Median Income (AMI) for the project’s first 30 years.

Both Clearwater and Peg have invested heavily in the area.  Clearwater converted the former Westgate Business Center into the 38-unit, Paragon Station Lofts.  The lofts are directly south of the site for the proposed PaperBox Lofts.

Peg has an even more prolific presence in the immediate vicinity.  In 2016 the developers completed the Downtown Hyatt House and Courtyard by Marriott hotels that sit to the north of the Paperbox parcel.  The Hyatt House will share a large plaza with the PaperBox’s 300-West-facing- building.

Peg is also nearing completion of a large development at the 200 West Block of 200 South, kitty-corner to the ParperBox site.  That project consists of an eight-story AC Marriott Hotel (set to open in April) and the Milagro, a seven-story mixed-use residential development with 170 apartments and ground floor retail.

Under the terms with the RDA, the developers will need to start construction on the PaperBox Lofts by 2019.