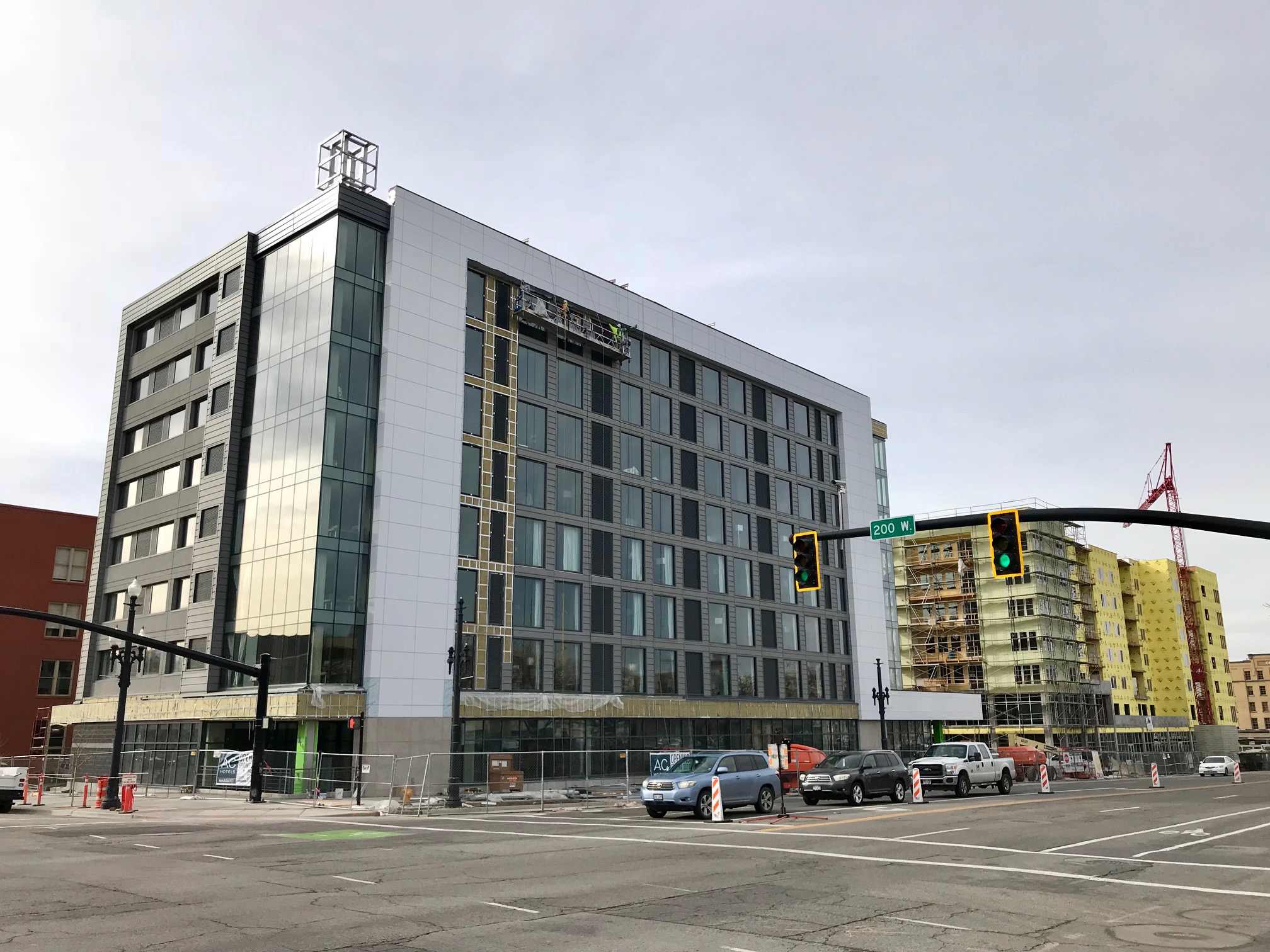 For years the 200 West block of 200 South was a dead zone, dominated by surface parking, a storage facility and several vacant buildings.  Over the next few years, both the north and south side of the block will be revitalized with the first phase opening this spring.

The hotel, on the southwest corner of the 200 South and 200 West intersection, is one of two buildings on the block underway by PEG Development.  Directly west of the hotel is the Milagro Apartments, a seven-story mixed-use building that will share a plaza and parking structure with the AC Hotel.

According to the developers, the eight-story AC Hotel was founded by Spanish hotelier, Antonio Catalan and are built to reflect European design.  Amenities will include a bar and lounge that will serve craft beers and tapas-style food.  The hotel also will feature the AC Kitchen, which developers state was inspired by the European home, which will be open daily for breakfast and serve a lighter European-style breakfast. Additional amenities include a 24-hour fitness center and 1,276 square feet of meeting space.

“The AC brand is all about creating a stylish and carefully edited experience, with a focus on exciting beverage and food offerings, local art and culture and providing a comfortable working and gathering space,” said Jared Steere, general manager, AC Hotel Salt Lake City Downtown, in a statement. “The hotel’s progressive design, modern amenities and its place within the local culture and nightlife will provide guests with an experience unlike anything else in the city.”

The AC Hotel and Milagro Apartments are part of an overall 2.5-acre development that will include 164 hotel rooms, 170 apartments and 16,000 square feet of retail. The project is a collaboration with Dallas-based Woodbine Development Corporation and Utah-based PEG Development.  The Milagro is framed-out and will open later this year.