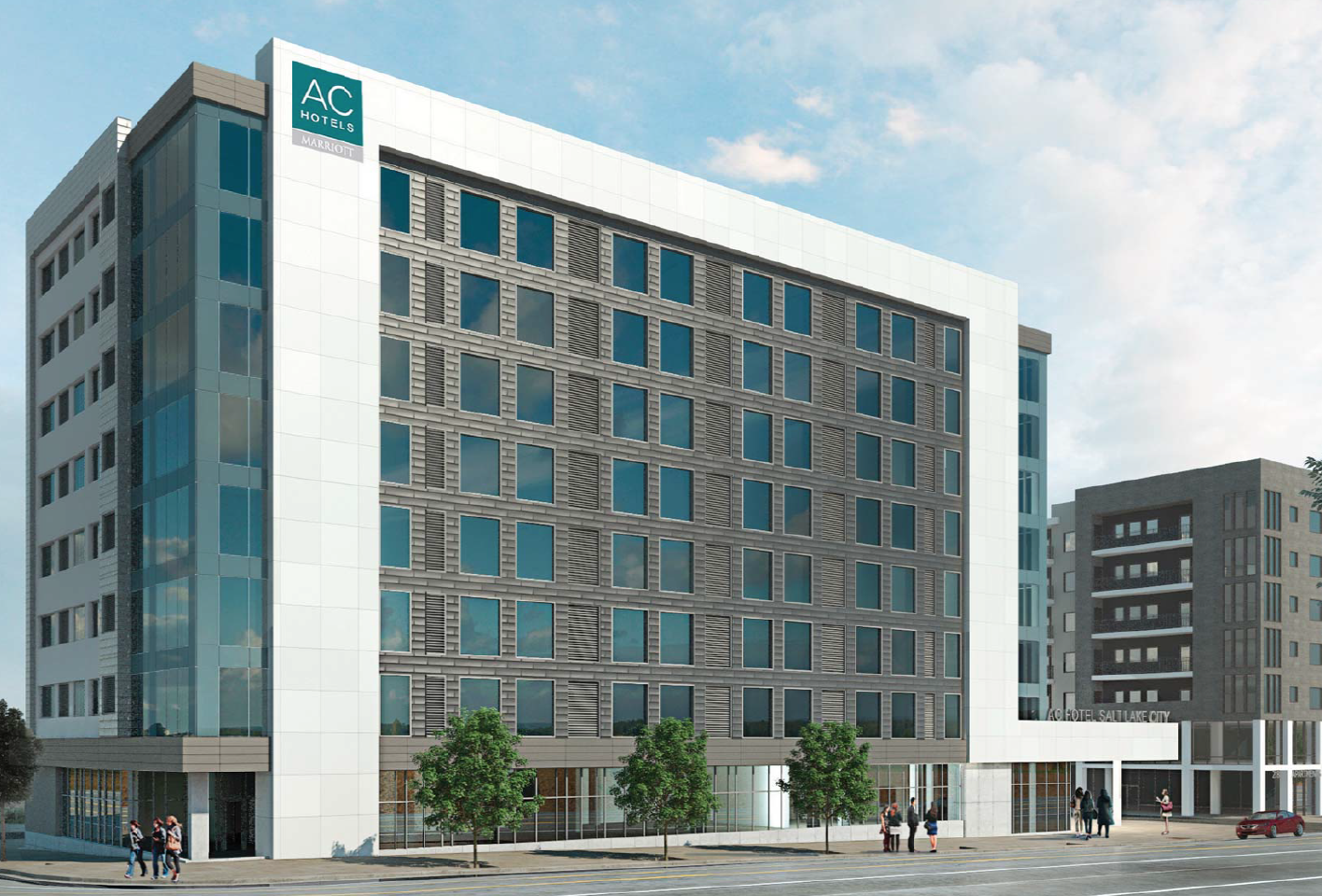 For the past several years the 200 West block of 200 South has been a dead zone separating the downtown core from Gateway area.  Demolition work has started on a mixed-use project by PEG Development that will fill a large portion of the block and help connect two vibrant neighborhoods.

PEG plans to build an eight-story hotel and seven-story mixed used residential building.  The hotel will occupy the northeast corner of the block and will be under the AC Marriott Hotels brand and will include 164 guests rooms.

The residential project, called the Milagro Apartments, will 182 residential units, with 30 studio units, 74 one bedroom units and 78 two-bedroom units.  The Milagro will be mid-block and will include ground floor retail along 200 South.  The apartments will wrap around a 325-stall parking structure.

The buildings will be connected by a plaza designed to accommodate both pedestrians and auto traffic. The main entrances of both the hotel and the Milagro will front the plaza.

The development will occupy what was previously 10 separate parcels with five structures and surface parking.  Four of the buildings will be demolished including a one-story suburban-style office building, a storage facility, a 1930s area one-story building (most recently a Mexican restaurant) and a two-story vacant building built circa 1929.

The largest and most historic of the five buildings, the Sweet Candy Company building at 224 S 200 West, will be incorporated into the new development.  The four-story Sweet building is on the National Register of Historic Places and was erected in 1911.  The building will keep its current use as an office building.  The development will retain most of the surface parking stalls directly north of the Sweet building.

In April, the Salt Lake City Planning Commission approved a conditional site design review (CSDR) allowing the developers to build taller than 75 feet.  The project is in the D-4 zone (Secondary Central Business District) which requires proposed projects taller than 75 feet to go through the CBSDR process. With the approval, the developers could build up to 120 feet.  The hotel will be 109 feet and Milagro Apartments will top out at 84 feet.