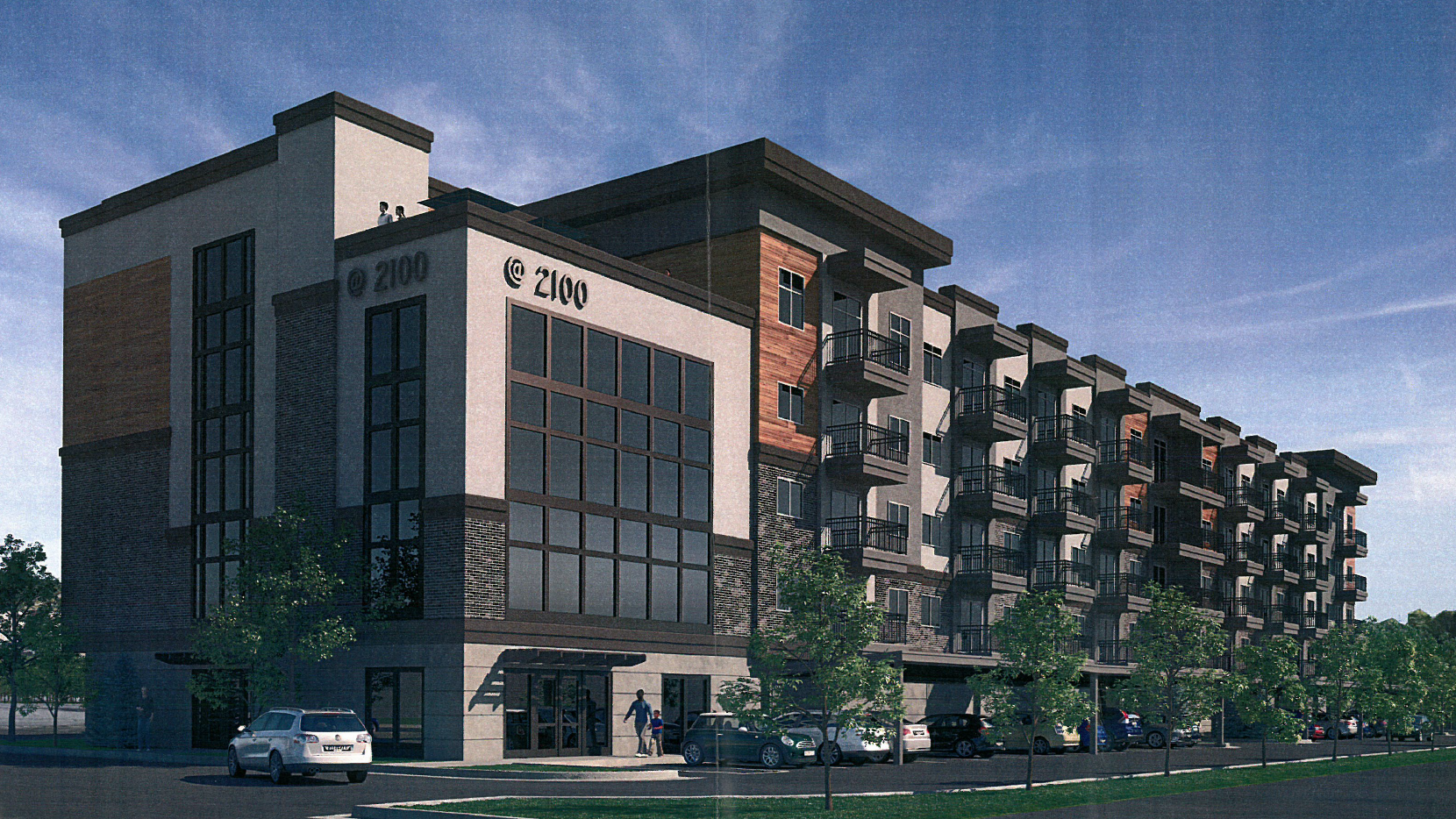 As development picks up in Salt Lake City, developers are beginning to consider building in nontraditional areas, especially along the industrial/big box dominated 300 West corridor.  The ample surface parking and empty lots are attracting development like the 251-unit Enclave Apartments that sit directly south of a Lowe’s Home Improvement Store on the 1400 South block and the proposed 121-unit Paxton Apartments that will replace a vacant lot directly south of a Target store on Paxton Avenue.

Now another developer is ready to add to the neighborhood.  Developers MSC Associates want to build the @2100 Apartments, a proposed five-story residential building, on the 2000 south block of 300 West.  The 81-unit building would replace a vacant lot directly east of The Warehouse- Salt Lake City, a big-box, furniture and mattress store. The project would also abut a large surface parking lot used by Sam’s Club to the north.

The developers are requesting Planned Development and Preliminary Subdivision approvals to allow them to split The Warehouse parcel into two separate properties and have the 2100 Apartments front a private street that would connect the project to 300 West.

The @2100 Apartments would consist of four levels of wood-framed residential above a one-story concrete parking podium.  The units will be a mix of one and two-bedroom apartments.

Instead of locating most of the amenities on the ground level, the @2100 Apartment’s amenities will be scattered throughout the building.  The fitness area will be on the second floor, while a gathering area will occupy the third, an internet cafe on the fourth and a roof deck and spa area will be on the fifth floor.  The podium level will be reserved for just parking.

Although the neighborhood isn’t very walkable, the @2100 Apartments will be just under a block away from the Central Pointe TRAX Station.