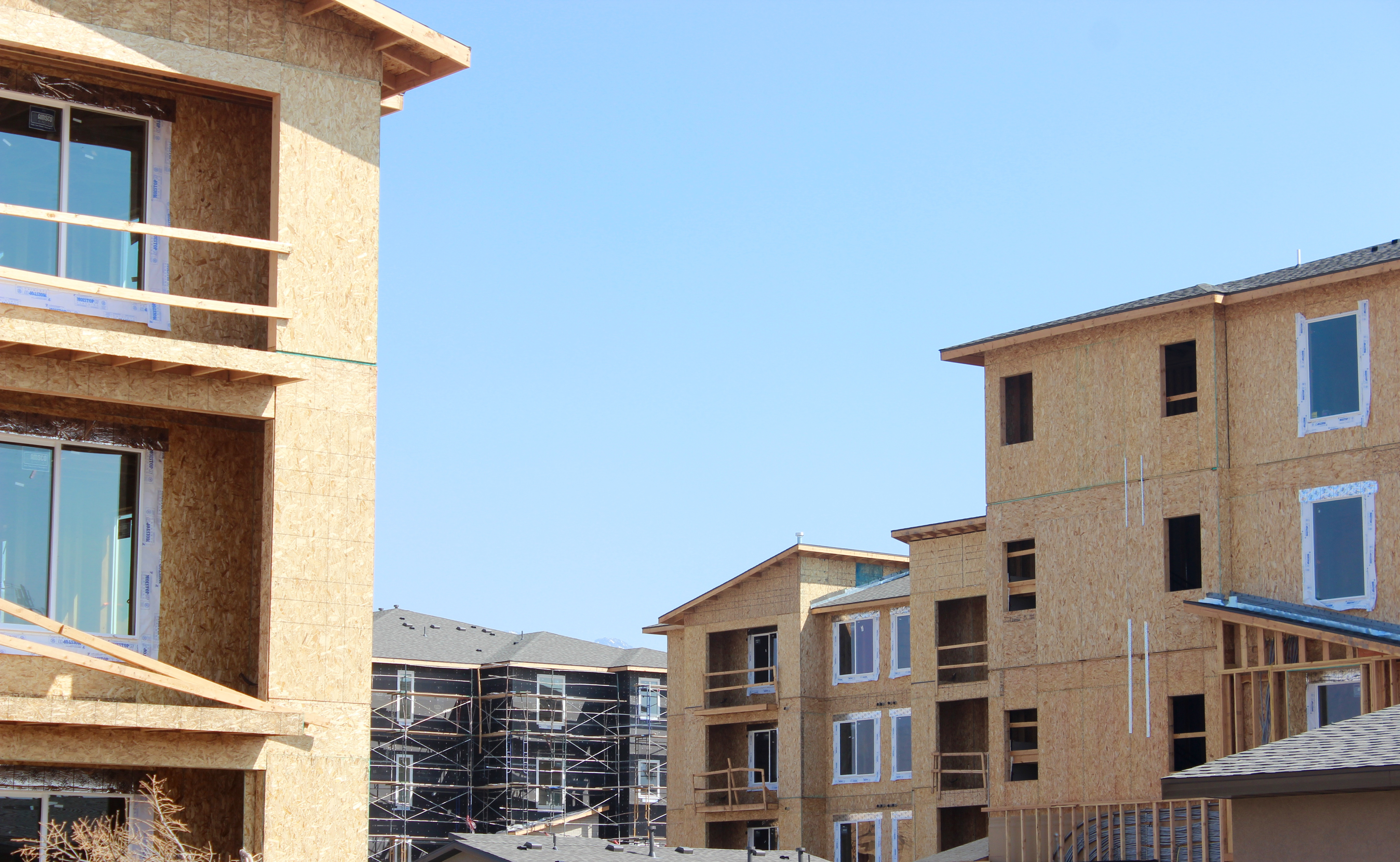 The Enclave Apartments are nearly framed out.  The development is on the 1400 South block of 300 West, an area dominated by light manufacturing, big-box retailers and fast-food restaurants.  The project consists of four, three and four-story buildings with 251 residential units.  Three of the four buildings are framed out, with the fourth just needed the roof to be framed.

Both projects are part of the 5,000 Doors Initiative, a citywide plan to add 5,000 affordable housing units over the next five years.  The initiative is in response to an estimated gap of 8,200 affordable units in the current housing market.