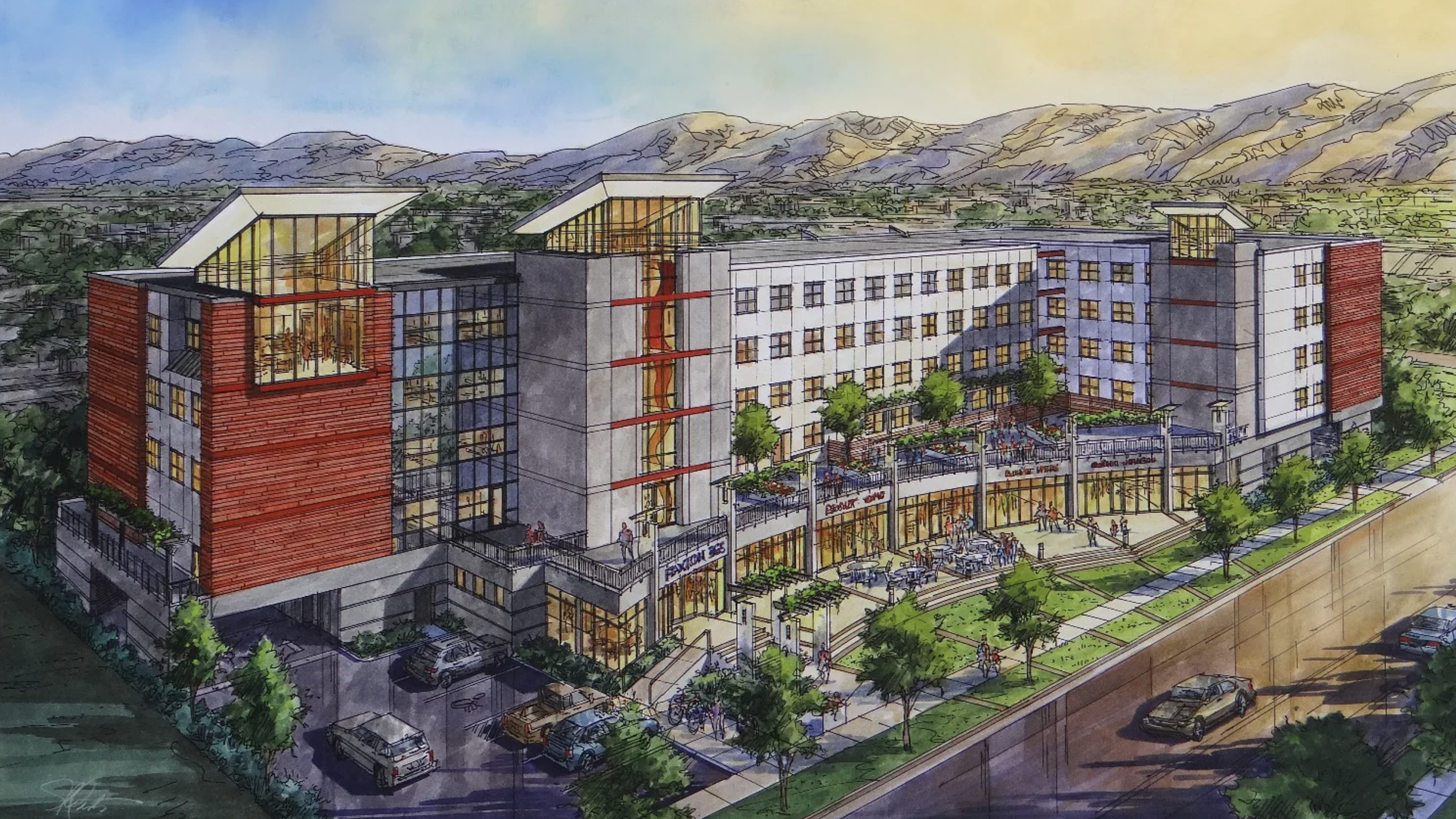 As land becomes more expensive in Salt Lake, new residential projects will begin to appear in areas and neighborhoods not usually on most developers’ radar.  For example, the 300 West block of Paxton Avenue may not appear like an ideal location for a mixed-use development.  The block is surrounded by light industry, car shops and big box retail.  But construction should soon commence on Paxton 365, a mixed-used residential project proposed for Paxton Avenue directly south of the Salt Lake City Target Store.

The Paxton will be five stories, with four wood-framed floors and a ground floor concrete podium.  The project will have 121 residential units on the top four floors and structured parking and ground floor commercial space at the podium level.

The project replaces a vacant lot and two one-story warehouse-style buildings on a one-acre parcel.

The developers needed to go through a conditional building at site design review because the proposed development would exceed the allotted height by 18 feet.  The project is zoned CG (General Commercial), which allows for building heights of up to 60 feet.  While the Paxton is planned to be five stories tall, a proposed vaulted architectural feature planned for the top floor pushes the project past the 60-foot threshold.

According to a project description from the project’s architects, the vaulted feature “serves as a distinctive architectural element that gives the building a unique and distinctive form that creates interest.”  The vaulted roof will be mostly glass and sit atop a fifth-floor gather space for residents.

The project will include two other vaulted roof features, but those sit atop the stairway and elevator towers which are allowed to exceed height requirements.

Paxton 365 could have a catalytic effect on the surrounding block, an area that is better connected than many other parts of the city.  The development will be a block from both Interstate 15 and the Ballpark TRAX station.  The adjacent underutilized parcels and abundant surface parking to the north of Paxton Avenue provide ample room for more development.

The developers have received building permits, but as of June 9, 2017, the developers were still awaiting final approval of demolition permits for the two one-story buildings on the property.