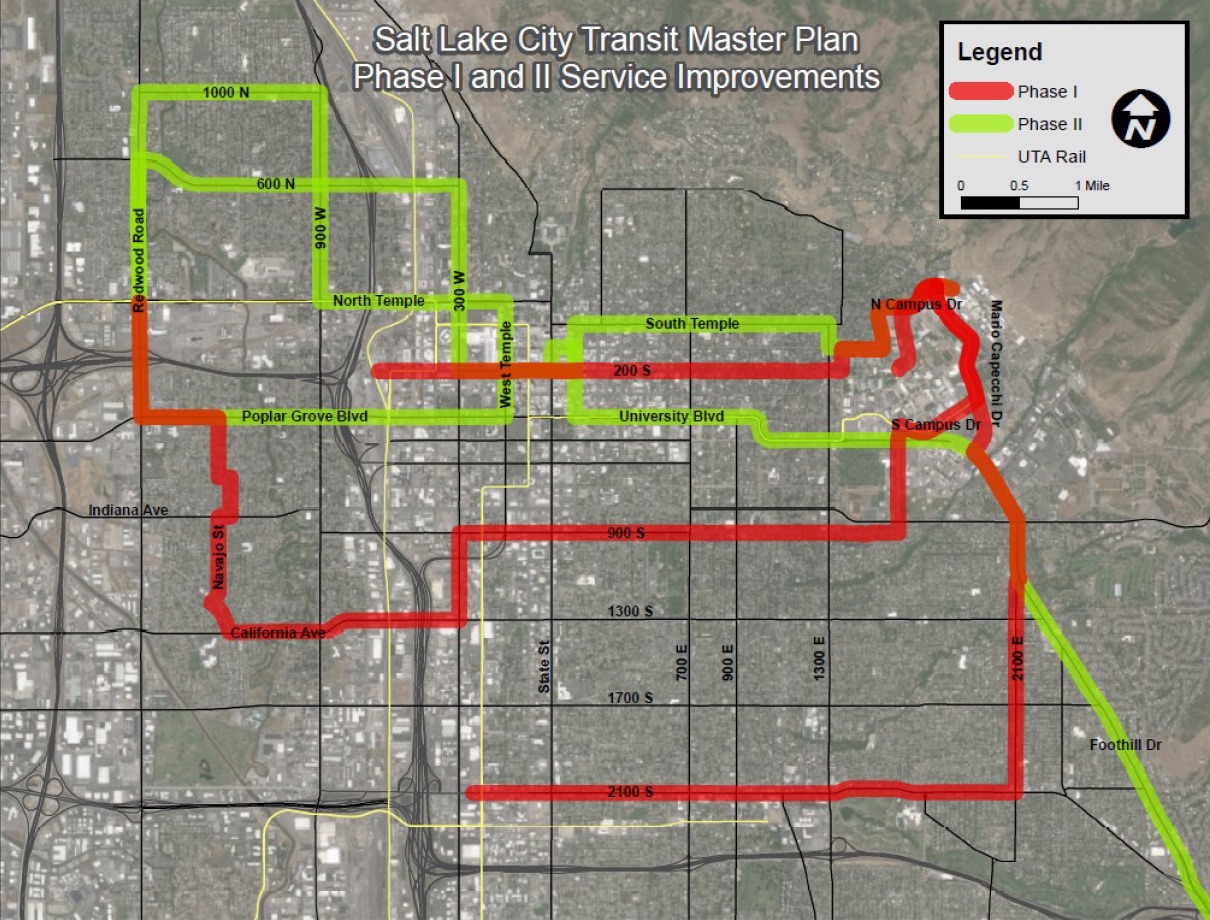 With a newly-adopted Transit Master Plan and an extra $25 million in revenue for next year, the Salt Lake City Council is almost ready to move forward with the first phase of proposed enhancements to the city’s transit network.  On Tuesday, the council held its second public hearing and voted to move consideration of entering into an interlocal agreement with Utah Transit Authority (UTA) to next month.

If approved, the agreement will increase bus service on at least six bus routes.  The proposed transit expansion is the first phase in implementing the city’s new transit plan and will be funded in part by Funding our Future campaign that includes a previously-adopted sales tax increase and voter-approved transportation bond.

Over the summer, the council selected bus routes on 900 South, 200 South, 2100 South, 600 North, 1000 North 400 South as priority routes to receive Funding our Future monies.  Transportation staff previously identified bus routes on 900 South, 2100 South 200 South as the routes with the highest ridership demands.  Council members requested 600 North, 1000 North and 400 South be added to the list of priority routes to better connect the city’s west side to the downtown.

Because the routes will be locally funded, they will only operate within city limits.  Under the proposed agreement, the city will roll out the expansions of the selected bus routes in phases with routes improvements to routes on 200 South, 900 South and 2100 South beginning next year.   Enhancements to bus routes on 600 North and 1000 North will tentatively take place in either 2020 or 2021 and changes to 400 South beginning in 2021 or 2022.

As proposed, the interlocal agreement with UTA would last for 20 years, until 2039, with the opportunity to negotiate updates to the master agreement yearly.   The city has also opted to purchase 12 buses that will help UTA provide extended service to the priority routes.

Currently, the routes on 2100 and 200 South are the only priority routes that are already high-frequency routes, running every 15 minutes during peak hours.  Under the current proposal, routes on 200 South and 2100 South will have extended evening and weekend hours and upgraded infrastructure like new signage and bus shelters to increase each route’s safety and efficiency.

Proposed changes to the 900 South corridor will include a revised high-frequency bus route that will run from North Temple and Redwood Road to the University of Utah.

Transportation staff will work with UTA to ensure that expanded routes are incorporated into the regional network and that the ongoing responsibility to fund these improved routes doesn’t fall entirely on the city.