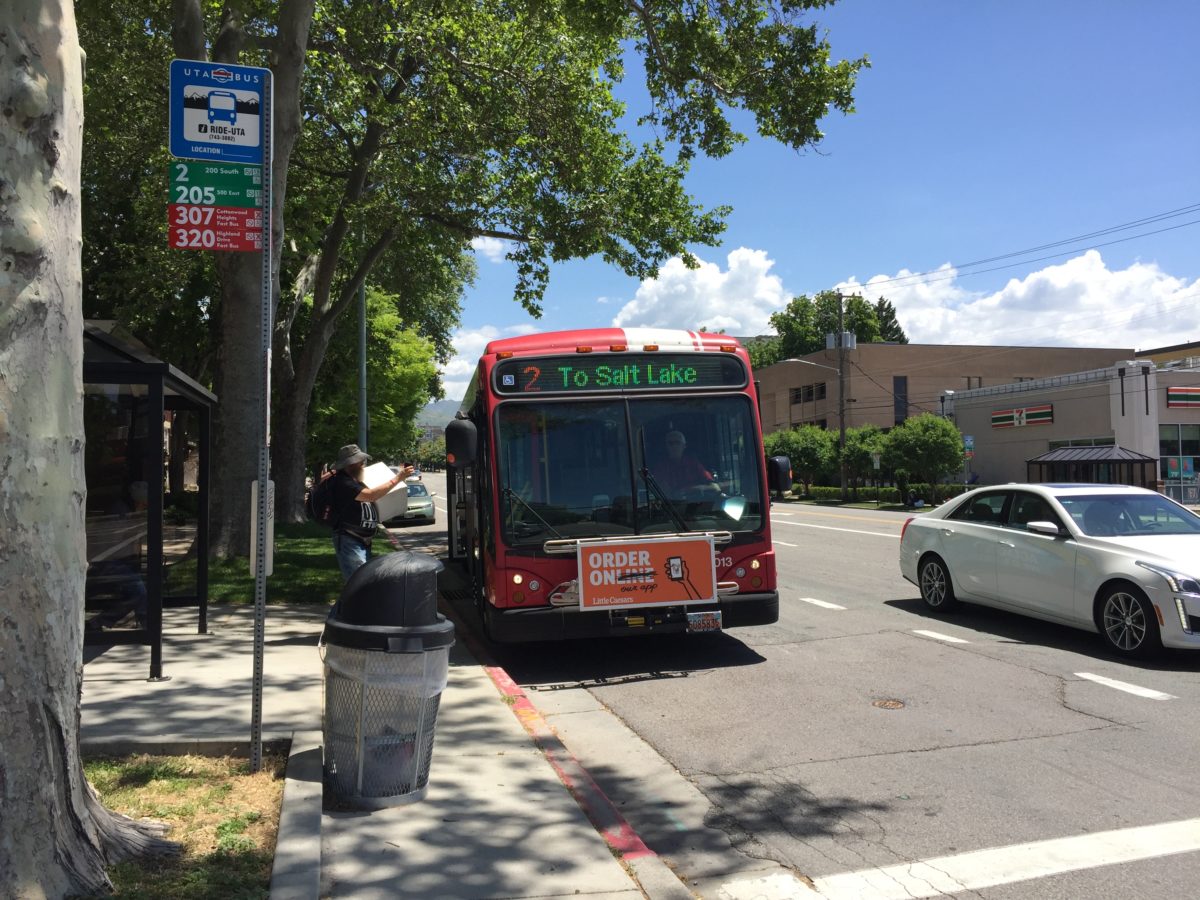 More service from UTA buses linking Downtown, the U. of Utah, and the west side neighborhoods of Poplar Grove, Fairpark, and Rose Park is part of the city’s Frequent Transit Network (FTN) buildout.

Frequent Transit Network standards are a vast improvement on the hours, days, and intervals of bus service previously offered by UTA.

Changes coming in the near future include FTN service and improved bus stops Downtown and along some key east-west corridors on the west side. ADA accessibility and rider amenities – shelters, benches, and trash cans – are being added.

The Salt Lake City Council is getting briefed this summer on the yearly amendment to its Inter-local Agreement with Utah Transit Authority to implement the FTN as illustrated in the city’s Transit Master Plan (2017). The good news is that it’s getting a refund from the transit agency of nearly $500,000 while transferring its 2022-23 buy-up amount of $6.5 million.

Elevated FTN service functions from 4 am – midnight, with 15 minute intervals from 7am – 7pm, 30 minutes between buses all other times. On Sundays riders can catch a bus from 6am – 9 pm at 30 minute headways.

Combined with UTA’s Change Day adjustments, the city’s contribution will help extend the 5th East – 2nd South bus (205) into Rose Park and Poplar Grove. The 205, which will continue to originate at 4500 South, will extend up 300 W, to 600 North, then Redwood Road and 400 South. The 205 used to terminate on the north side of Salt Lake Central Station (200 South and 600 West).

Julianne Sabula, the Transportation Planner and Program Manager heading up Salt Lake City’s FTN efforts, told us of the new 205, “There is pretty significant travel demand between Rose Park and Sugar House/Sugar Hood, and this simplifies that connection significantly.”

Although funded, the 205 will not reach FTN levels of service until 2023, the Administration’s briefing materials state. Sabula pushed that back a year, likely to 2024, citing UTA operator shortages.

In addition, the 217 (Redwood Road) bus route will split its northern segment off to contribute to a new FTN east-west bus, Route 1 (the blue-green line above), which will run from Poplar Grove through Rose Park and Downtown, up 100 South to University Hospital. The new Route 1 will be fully funded by UTA, not requiring a city subsidy, according to the city.

Also on the city’s west side, the city is investing in a new bus stop design on 400 South from 900 West to Redwood Rd. On this stretch, which doesn’t have to serve as a UDOT highway or an on-ramp to the Interstate, federal CDBG funds will build new “floating bus stops” – where riders are provided a refuge and buses don’t have to pull over all the way to curb to pick up passengers.

Along North Temple in west Downtown, 900 West, Redwood Rd, 600 North, and 1000 North, collaboration between the city and UTA will increase the number of stops that are ADA compliant, as well as offering riders rudimentary amenities like shelters, benches, bike racks and trash cans. As of 2019, UTA reported that only 32% of its bus stops in Salt Lake County were ADA compliant.

Typically, SLC’s Sabula told us, the city pours the concrete slab and additional sidewalk and ramps, while UTA provides the amenities. Supply-chain problems for UTA, she said, have delayed delivery of the shelters and furniture. But riders should expect a “big new wave” of amenities being installed in about four months.

Both Sabula and her boss, Transportation Director Jon Larsen, praised the partnership with UTA in improving services for transit riders. With the grand majority of a  20-year partnership still to come, public transportation may yet become a viable option for more Salt Lake City residents.